Is Jesus Christ truly Lord of my life? Is He prone to hyperbole or does He mean what He says? These are questions that I answer on a regular basis, because I can still approach God as if His ways and thoughts are just like mine. And they most certainly are not! I cannot change God’s directive into a suggestion just because I don’t like it, or it makes me uncomfortable, or…because I’m afraid. Fear does not excuse disobedience. 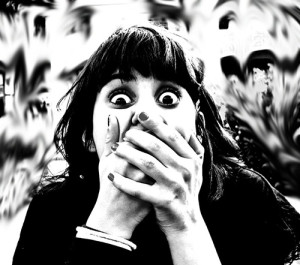 When God told Jeremiah, “You will seek Me and find Me when you search for Me with all your heart” (Jeremiah 29:13 NASB), He wasn’t suggesting that this is what might happen. He was saying that this is what He intended to happen. Jeremiah is full of the consequences suffered “Because they have not listened to and heeded [God’s] words.” When the Lord told me, “Turn and keep on coming to Me with all your heart,” He didn’t preface this command with “If it please your ladyship.” Joel 2 could not be clearer that failing to turn to the Lord with my whole heart is disobedience. 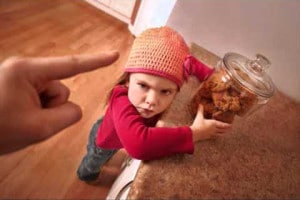 As pitiful and shocking as it might seem, I remember very well believing that my fear was a valid excuse for any action I needed to take to alleviate that same fear. It wasn’t disobedience; it was self-defense. It wasn’t defiance; it was insecurity. And it couldn’t be rebellion if I was simply afraid! I learned the hard way just how serious God is about routing fear wherever He finds it.

God did not coddle my fear and He did not countenance my disobedience. He didn’t make an exception for me and my wounded heart. He pressed in and pressed in and pressed in until my hidden truths came screaming out at Him. And in that moment, I waited for lightning to strike and my world to end, and all that happened was for Satan to be shown as the father of lies, once again. Was God angry? Oh yeah. He was wrathful. But He didn’t leave me. In fact, that’s the day we truly met for the first time.

I don’t want to discourage anyone with this. I want to encourage you and give you hope. When I refused to come to the Lord with all my heart, the whole truth of it, it was plain old disobedience. I’m so grateful that I was called on that disobedience and rebellion. What a gift to me – far better to deal with my sin in this life! Also, this wasn’t shaping up to be a life worth living until I met God. And that just didn’t happen until I brought Him my whole heart.

“But his lord answered and said to him, ‘You wicked and lazy servant, you knew that I reap where I have not sown, and gather where I have not scattered seed. So you ought to have deposited my money with the bankers, and at my coming I would have received back my own with interest. Therefore take the talent from him, and give it to him who has ten talents.

‘For to everyone who has, more will be given, and he will have abundance; but from him who does not have, even what he has will be taken away. And cast the unprofitable servant into the outer darkness. There will be weeping and gnashing of teeth.’”
Matthew 25:24-30 NKJV

I sometimes wonder why it is I don’t go to the Lord with my whole heart, why it is I seem to be dragging my feet at times waiting for the Lord to move me. Now I realize its just plain old stubborn self will masked with spiritual intention that I don’t follow through with but still maintain the idea that I am doing good since I have an intention, a hunger. Laziness and stubbornness are for me to turn from since He is clear how thinks about it. This post is a help and I thank you for sharing… Read more »

very direct and the reference from Matt. 25 is spot on it Jen

Thank you Jen. What a gift…