Carole and I visited a young woman recently, a beautiful Christian who made us drop our jaws and bury our heads!

In the most casual, humble way, she began to tell about her life journey. She had experienced the correction of the Lord because of her sins of the tongue.

Her words had cursed people; her scorn had hurt the Lord’s heart. Her mouth had been her own and she used it – as she freely confessed – to control. She spoke so transparently, with such holy fear of God and stories about the Holy Spirit’s faithfulness to silence her. She felt she was just a small person with a small place and a low testimony.

Carole and I exchanged several painful looks as we both began to feel we had never heard such a testimony, a witness or a confession so clear and high. And simply about the tongue!

She spoke with tears of her fear of God and His terrible accounting for the words we speak. She knew well the chastening from His listening to her everyday talk. When others pressed her to ‘tell it all’ now, she would say, “No, I will give an account for ‘every idle word'” (Matthew 12:36).

At the same time there was such tender care for His great heart, such dread of hurting Him, much less His people. She was enjoying His joy over her! She was living in an enviable intimacy, private and sweet.

Taming the Tongue that Mocks 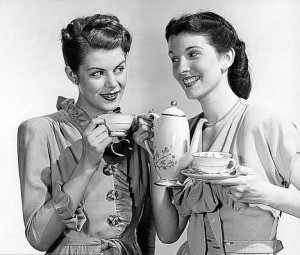 She had mocked and spoken lightly of someone, a common laborer. And the Lord rebuked her immediately for disrespect of one He loves and values. She was smitten to the core and begged His forgiveness. The Lord dismissed it completely and restored her to His heart. But she was broken over it still. Such was her learned sensitivity – not only to His voice, but more poignantly ­– to His heart of grace.

Tender she was toward her God, with affection and reverence for Him, rarely seen. She spoke of Him with such intimacy that her voice and expression changed at the mere mention of Him. Her purity of speech had gained His nearness, His cherishing of her and His trust.

I knew that she had become known for her quiet refusal to gossip or criticize or scorn anyone. She was so careful to live under God’s inspecting light that she would not speak anything He didn’t permit her to say. Her mouth was always subject to the will of God. She could be stopped by Him at any moment, when she was about to talk of something for which the Spirit disapproved. In the middle of a sentence she would simply stop, put her hand on her mouth and say no more, even if pressed.

The Tongue and Becoming Perfect 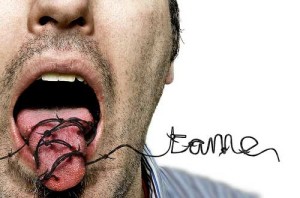 I remembered what James wrote about the tongue and I knew that though she was small in her own eyes, God considered her by this utterly unique description – perfect.

In the Scriptures we are called to be perfect, we are promised perfection, but only in the matter of the conquered tongue is a child of God declared perfect…

For we all often stumble and fall and offend in many things. And if anyone does not offend in speech [never says the wrong things], he is a fully developed character and a perfect man, able to control his whole body and to curb his entire nature.
James 3:2 AMP

It occurred to me later that sins of the flesh that become unconquerable may well be the habit of reckless talk and offensive words. Apparently, we can conquer nothing of the flesh until we yield utterly the right to say whatever we wish. Only then can we ‘control the whole body and curb’ the old nature.

I was stunned anew by the power of the tongue to shipwreck our very lives. When all else might be right, the restless tongue can crash our destination and ruin our destiny.

James compares the tongue to the rudder of a ship…

Look at the ships also: though they are so large and are driven by strong winds, they are guided by a very small rudder wherever the will of the pilot directs.  So also the tongue is a small member, yet it boasts of great things.
James 3:4-5 ESV

I never before registered the effect of the tongue on our bodies. We poison ourselves – not others – with our own words. Addictions and afflictions! Are these things immovable until we repent of the self-indulgence of godless talk?

How great a forest is set ablaze by such a small fire!  And the tongue is a fire, a world of unrighteousness. The tongue is set among our members, staining the whole body, setting on fire the entire course of life and set on fire by hell.

For every kind of beast and bird, of reptile and sea creature, can be tamed and has been tamed by mankind, but no human being can tame the tongue. It is a restless evil, full of deadly poison. With it we bless our Lord and Father, and with it we curse people who are made in the likeness of God.
James 3:5-9 ESV

A Reckless Tongue is a Door to Hell

My friend well understood that hell suggested thoughts to her and pressed her to put those thoughts into deadly words. There was all-out warfare against her ‘course of life.’ And she had to work hard to shut her mouth and yield her tongue to the Spirit Who was given the place to monitor and rule her mouth.

With it we bless our Lord and Father, and with it we curse people who are made in the likeness of God.

Such power of outright evil is in our mouth!

And it is so destructive it would be unforgivable except for the Blood of the One Who never spoke a single word unless the Father spoke in Him.

This young woman has died-to-self right there, about her speech. To die is to let go of rights and power, to ‘reckon the old man dead.’ There is an aggressive desire to speak that rumbles in the old nature, so she had persistently let go to God the power over her tongue. And the result in her life is evident. Unaware that she exudes light and the beauty of Christ’s character, she lives inside the favor and protection of God.

Only the indwelling Spirit of God can contain the ambition of the tongue as we fiercely allow Him to lead us in every thought and word.

This lovely person sitting across from Carole and me has so surrendered to Him, constantly, painfully. The result is peace. Her spirit is unusually quiet and her countenance is vulnerable and tender.

This dear woman proves it can be done and she renders us all without excuse.

I went home and fell to the floor…

Casting down the imaginations, and every high thing that is exalted against the knowledge of God, and bringing into captivity every thought to the obedience of Christ…
2 Corinthians 10:5 GNV

Thank you Martha and praise be to God for this post. God knew I needed to see this and He guided me here tonight. Thank you Jesus!

Humbled, can see the Holy Spirit leading me in this. Agree it start with the thoughts & our heart before it ever gets to the mouth. Dying to my thoughts & will is the ax to the root in my self willed life.

What a gift to you and Carole…to be in the presence of His nature through one so humble. And she gifted with your acceptance and understanding of her Greatest Love and the importance of that love above all else.

I believe it’s my very small, rebellious spirit that deeply controls what my tongue says. Reject me, humiliate me, insult me, belittle me, and my tongue leaps to my defense. All of those things I must fully surrender to God before my tongue can be truly silent and bridled.

Well said, Ray. You have clearly stated the secret, not controlling self but FULL surrender to God. Thank you..

Beautiful, convicting words! I am thinking of Genesis where God spoke … and there was life. In the New Testament, Jesus spoke words of Life. And, since He has given us His mind and His Word, then our thoughts and our words can proceed from Him and through us. May I be quick to hear His voice, and speak words of life and not death; as HIS oracle and not my own. Thank you for this reminder and insight!

I too fall on the floor! And I am learning to guard my every thought for my thoughts become words from my heart. Thank you Holy Spirit for a priceless heart who listens to You.

LInda! Thank you for adding this crucial insight and help. . . words originate in our thoughts.

thank you …. I have printed this out and will keep it ever before my eyes ….
this amazing truth is so pure, it hurts ..

What can one say after reading a post like this? Woe is me for I am done and a man of unclean lips. Thank you Martha for showing us what a Christian looks like whose tongue is under the authority of King Jesus !

Amen! This hit deep, as it went against my “right” to say what I think to be the truth right away – and NOT listening before for the “when?”, “what?” “how?” “now?” ….
Thank you, dear woman, for being His Voice in a shockingly new meaning!