Last weekend I watched the movie Spotlight and was wrecked by it. More specifically, I was wrecked by the pure evil that it exposed. I asked God what He wanted me to see in this film. Since the Spirit continues to illuminate things through it, I know that my question is still being answered, but there are two big takeaways for me right now. The first is that spiritual confrontation and separation are NOT optional for the Church, and the second is that worshiping godly things rather than worshiping God Himself will inevitably lead to the flourishing of evil. 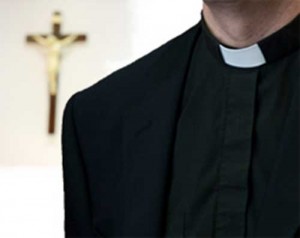 Spotlight tells the story of a group of reporters at the Boston Globe newspaper who investigated and ultimately exposed the Roman Catholic Church’s systemic cover up and protection of predator priests who raped and molested children. It is not easy viewing and I cried my way through it. The story of the scandal is very well known, but the sheer scope of the evil was shocking. Thousands of children were sacrificed – literally – for the so-called greater good of the church, and evil flourished unchecked for decades. It is a horror for me to even contemplate, let alone bear witness to it, but I’m glad I did. The total absence of Matthew 18 principles in the Catholic Church is unmistakable here and the consequences are clear.

If your brother wrongs you, go and show him his fault, between you and him privately. If he listens to you, you have won back your brother.

But if he does not listen, take along with you one or two others, so that every word may be confirmed and upheld by the testimony of two or three witnesses.

If he pays no attention to them [refusing to listen and obey], tell it to the church; and if he refuses to listen even to the church, let him be to you as a pagan and a tax collector.
Matthew 18:15-17 AMPC

Jesus wasn’t simply making a suggestion here. He was establishing spiritual confrontation and godly separation for born-again believers. At no point does He so much as imply that this is optional. Whether the sin in question is mockery or gossip, or something even deeper like rebellion or idolatry, these verses tell us how to confront each other for the purpose of repentance and reconciliation to God. If the confrontation yields no repentance, no turning away from the sin, then it’s time for separation. This is how we are called to love each other in the church. 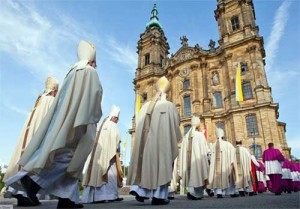 Pedophile priests operating with impunity is the extreme consequence of disobeying Matthew 18. At every level of authority, this basic call to accountability was abdicated by the Catholic Church. The church hierarchy described the priests who preyed on children as “a few bad apples” as a way of minimizing what was happening. And you know what? That’s actually an apt analogy. They should have remembered the full meaning of that particular cliché. A few bad apples will spoil an entire bushel if they are not removed. A single, small bruise on an otherwise good apple will turn to rot if left untended, and that rot will spread to every perfectly good apple around it if it’s left among them. And that’s exactly what happened in the Catholic Church.

Every single time that a predator priest’s demonic proclivities were brought to light and shoved back into the dark by church authorities, the rot of complicity with evil spread. And what the movie Spotlight really revealed was that because of the church’s power and influence in the city of Boston, the evil of complicity spread far beyond just the church. Police, the district attorney’s office, teachers, lawyers, and even the media looked the other way again and again and again. Hell itself spread and flexed and had a field day in Boston, and the overwhelming majority of the people who found out about it helped to hide it. Why?! Why would they do that? Because the institution of the church mattered more than the children or anything else. 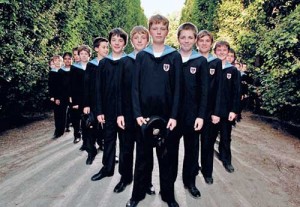 When one of these predator priests was interviewed by the Boston Globe, he said that the cover up didn’t take place for the reasons that people were proposing, like power or money. “What they were protecting was their notion that the church is a perfect society,” he said. To protect their true god, which was the Catholic Church rather than her Head, the church authorities covered up and excused evil that is perhaps unrivaled in its depravity and wounding. Their idol demanded that they sacrifice children, thousands and thousands of children, so they did. They looked right into the faces of these children, these lambs who had been violated and broken in the name of God, and said, “Shhh.” They looked into the eyes of the parents and said, “Do not shine a light on this evil. Do not speak its name. Your child is a necessary sacrifice.” And since most of these parents worshiped at the altar of the same god, they obeyed.

There’s nothing passive about our worship.

The endgame of idolatry has no clearer illustration than this one. When you look at the unbelievable scale of evil perpetrated by some and then aided and abetted by nearly all the rest, not just in Boston but all over the world, it’s no wonder that God commands us to love Him with all we are and have, above anything else. He knows what happens when we don’t.

I wonder, how much of the gut-wrenching evil and devastation of this story might have been averted if the church had just believed that God means what He says? How many times have I stumbled and fallen because I didn’t believe that God means what He says? Obedience to the instruction God gives us really does matter. Who or what we worship has consequences far beyond what we can imagine. Idolatry is, in fact, a very big deal. God asked me to watch the movie Spotlight, to bear witness to a very great evil. Why? He wanted me to see the size and scope of the death and destruction grown from a single seed of sin watered with disobedience and fed with idolatry. God means what He says.

Thou shalt have no other gods before Me.

Thou shalt not bow down thyself to them, nor serve them: for I the Lord thy God am a jealous God, visiting the iniquity of the fathers upon the children unto the third and fourth generation of them that hate me…
Exodus 20:3-5 KJV

This is painful on so many levels Jennifer…

Our Father has been nudging me over this same issue of the idolatry of ‘goodness’ and ‘reputation’ within people who call themselves Christians…and this post He has given through you has laid the foundational issues out clearly. As we are given discernment we are to follow these steps to confront –what a mercy for the wayward ones! May we be given the boldness, the LOVE of Him alone, to put on the full armor of God and STAND.

…myself included in the ‘people who call themselves Christians…’

Oh Jennifer, I haven’t seen the movie but reading your post, clear picture that the depravity we cover up doesn’t change God’s word that declares to all who have “ears to hear”: God wants “no other gods before HIM”. Bowing down to the family, the church, or perhaps even self, any false god has consequences is so “in my face” in all of these posts about what I worship. Bless you all for sharing these revelations that I so needed to acknowledge and repent not only for myself but for my people and my country. May God have mercy on… Read more »