I have heard Martha say often, “Everything in the world is exactly how it should be, or God would change it.” She references Romans 8:28 with our sovereignty dilemma.

And we know that God causes all things to work together for good to those who love God, to those who are called according to His purpose.
Romans 8:28 (NASB)

I’ve been walking with Martha for over 20 years now. I’ve learned many things from the Lord through her, but here is one of the major lessons. God is in control and I am not. This is a painful reality, especially when I have to watch her be maligned or mistreated. Sometimes it’s easier to go through something yourself rather than having to watch someone you love go through it. And this has been my difficulty in His sovereign dealings.

Sovereignty is a Dilemma 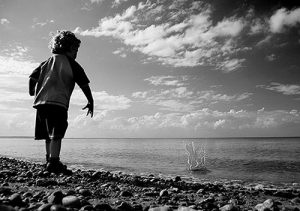 In the past I’ve posted about sovereignty in the face of our childhoods – those years when our choices were made for us and where we had little control over the direction of our lives. But what about now, when I am an adult, and it appears I have most of the control. Well, as a child of God, a son of the Father, and a citizen of the Kingdom, I still have very little control.

I’ve been meeked at God’s sovereign hand when it comes to the people He sends running roughshod over my heart and the hearts of those I love. To be a part of our Shepherd’s flock, we have to be a lamb. A lamb is the weakest, most vulnerable creature. Just because we are adults and have the ability to go left when we’re told to go right, doesn’t preclude us from God’s sovereign reach. As I have said, if God is sovereign, then He is completely sovereign over everything. And as a member of His family, I am still as vulnerable as I was when I was a child. This is both comforting as well as horrifying.

My coming to the age of reason doesn’t separate me from the effects of His will and choosing. And because I am His son, He has more control now than when I was unsaved. When He became my Abba, I gave Him even more control, not less. Many function as if they were God’s only child, demanding and declaring an illegitimate power over everything. But the true son of God is at the mercy of His will and grace. This reality makes me safer than I’ve ever been in the entire course of my life, but also more dependent on and vulnerable to His goodness. 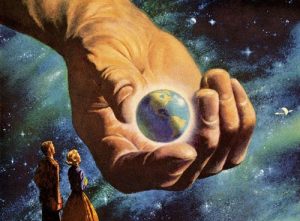 As I sit on the floor writing this, I’m both crying and laughing at the same time. There’s something so hopeful about a great God overseeing everything, but that doesn’t necessarily equate my pain-free, happy living. If my goal in life is to experience no pain, which I have to admit it was, I will be sorely disappointed. The Word says that God causes all things to work together for the good to those who love Him. What it does not say is that God will work everything together so that I feel good all the time. Sovereignty is a hard one to stomach if you have not surrendered your life to a Lord. And even after you have, it’s no cakewalk.

This is why I believe that sonship and sovereignty work in conjunction. Only a son can truly accept His Father’s sovereign will. And actually there are not many sons, but one Son, with one body incorporating many members. Only One mind embraces the sovereign plan of God. Sure I can comply with God’s will, but to accept and embrace His sovereign choice? That comes from another Life. Sovereignty is the Will of the Father and accepting it is in the Life of the Son.

In the days of His flesh, Jesus offered up prayers and supplications, with loud cries and tears, to Him who was able to save Him from death, and He was heard because of His reverence. Although He was a son, He learned obedience through what He suffered. And being made perfect, He became the source of eternal salvation to all who obey Him, being designated by God a high priest after the order of Melchizedek.
Hebrews 5:7-10

God is sovereign and I am not. What a weight off my shoulders that I don’t have to control the universe or even my small corner of it.❤️

Amen to that! I would make a terrible master of the universe and have been a wrecking ball in my small corner. Love you big Wanda!

“I’ve been meeked at God’s sovereign hand.” I love this statement John

Oh Irene, I have missed hearing from you. Thank you for your comment, I hope you and Bobby are doing well. Bless you!

Father willing, and I live, also looking very much forward to joining you with eager expectation. Exited! I also have struggles around His Sovereignty sometimes, and only find rest after I have fallen dog-tired from my wrestling at His feet like a little child, curl up, and sleep, knowing He knows…

Something Jim Elliot wrote came to mind again as you shared a little about what (Who) you’ll be leading us into in the new year … i can’t wait, John! Bless you – and thank you

“Perhaps, in mercy, He shall give me a host of children that I may lead through the vast star fields to explore His delicacies whose fingers’ ends set them to burning … “

“I’ve been meeked at God’s sovereign hand …” I love this! I, too, am looking forward to greater depths in knowing God. “Oh, the depth of the riches both of the wisdom and knowledge of God! How unsearchable are His judgments and unfathomable His ways! For WHO HAS KNOWN THE MIND OF THE LORD, OR WHO BECAME H IS COUNSELOR? Or WHO HAS FIRST GIVEN TO H IM THAT IT MIGHT BE PAID BACK TO HIM AGAIN? For from Him and through Him and to Him are all things. To Him be the glory forever. Amen. (‭Romans‬ ‭11‬:‭33-36‬ NASB)

God Bless you and Martha, I look with joy on the posts you put together. I believe you are truely anonited.

Thank you, John…these messages have been so comforting while they have also been so challenging. This line in your message says it all: “Sovereignty is the Will of the Father and accepting it is in the Life of the Son.” WOW!!

The truth and reality of His complete sovereignty has been in the forefront for me for sometime now. I sit in awe and wonder at the very thought of it most days. It’s almost too much to take in!

I wait with great anticipation and will hold you (all) up in prayer as He shares His heart through you.