He’s the Potter, I’m His Clay 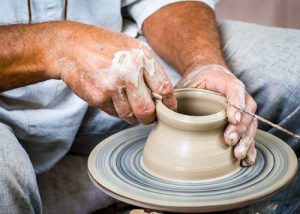 What should we say then? Is there injustice with God? Absolutely not! For He tells Moses:

So then it does not depend on human will or effort but on God who shows mercy. For the Scripture tells Pharaoh:

I raised you up for this reason so that I may display My power in you and that My name may be proclaimed in all the earth.

You will say to me, therefore, “Why then does He still find fault? For who can resist His will?” But who are you, a mere man, to talk back to God? Will what is formed say to the one who formed it, “Why did you make me like this?” Or has the potter no right over the clay, to make from the same lump one piece of pottery for honor and another for dishonor? And what if God, desiring to display His wrath and to make His power known, endured with much patience objects of wrath ready for destruction? And what if He did this to make known the riches of His glory on objects of mercy that He prepared beforehand for glory— on us, the ones He also called, not only from the Jews but also from the Gentiles? As He also says in Hosea:

I will call Not My People, My People, and she who is Unloved, Beloved. And it will be in the place where they were told, you are not My people, there they will be called sons of the living God.

What God Allows: Pain and Suffering 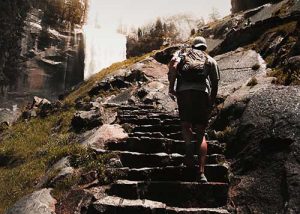 Have you ever heard someone say, “Why does God allow so much suffering?” I have always believed in God’s “allowance” of hurtful things in my life. By defining painful situations as what God “allowed”, then I could separate Him from the pain and not blame Him for it. But God allowing something is quite different to His sovereignly orchestrating things. Allowing implies a pacifistic approach to Lordship, as if God is Lord by proxy. In actuality, God works all things together to produce an aimed goal. My pain does not factor into this equation.

God has woven into the fabric of our lives painful threads. Some have caused us great grief and a lifetime of crisis. His shuttle passes through our lives with these purposed threads to work a tapestry more amazing than we could ever know in the moment. And while these sorrowful cords were and are awful, difficult, and distressing to experience, they’re each intended to glorify. If we look at these threads individually or as a stand-alone entity they are hard to bear, but in the sovereign work God is unfolding…they can be beautiful.

My Life’s Pain and Suffering 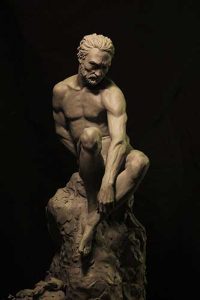 Life is full of bitter waters. Yet it is my response to the unpleasantness that sows either bitterness and resentment in my life, or fruitfulness and benefit. I was not promised pain-free living and neither were you. No one said that calamity would not befall us. I could give you a list of my personal tragedies and you could do the same for me – this is life. But here is the kicker: Can I see all of life, including these heartbreaks, in the Light of God’s purposed work? Can I see His blessing in them, or do I only see His neglect? The former is a path of growth and expansion for my life; the latter is the belief that I have been cheated, that something has been withheld from me. Ingratitude and suspicion of God feeds that bitter belief, which is a typical view apart from the Life of Christ. But if I am willing to enter into the mystery, I can release myself into God’s sovereign hands and I will see that I am actually completely cared for and totally known, not in spite of but because of these hardships.

Reward Out of Pain and Suffering

There are pain and sufferings divinely ordained in my life. Resisting these sufferings has only caused me to lose the benefits God intended me to gain through them. Kind of silly! I am going to feel the ache because the pain is there, but it would be foolish to miss the Reward out of ingratitude and rebellion.

I can see where I have second-guessed God and checked His motives based on my judgments and opinions. He has always been left wanting in these scenarios and I leave bitter and separated from Him. I saw my life then as a glass half-empty and that is exactly how I was left—empty. But as I have purposed to trust God with my whole life, He has been able to move all about me and through me to produce FULLNESS.

The scripture you posted here is just so,so powerful…

I’m wondering if our idea about “God’s allowance” comes from Job’s story? When satan asks God to let him strike Job…

Are God’s workings with mankind always tied to necessity or is there the outworking of His will Sovereignly that is all together outside of necessity? For love….

I think you answered your own question there… ?❤️??