I recently watched a man being verbally assaulted and I felt for his pain – I care about him. But none of us who were there could stop the diatribe of a bitter spirit that railed at him. 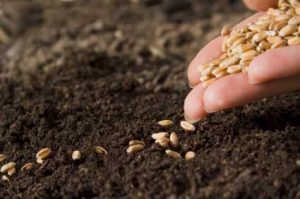 Then later as I pondered it, I realized that he had reaped exactly what he had consistently sown. He drops verbal attacks as his common walk. Bang! He strikes and hurts with just a small word, then he walks on, faking innocent oblivion, but strangely satisfied.

And it struck me with profound fear, how little we recognize that the poison we are forced to swallow is the cruel seed we carelessly threw to the wind.

Hosea 8:7
They sow the wind and reap the whirlwind.

We reap what we have sown, but worse, it comes back in frightening multiplication. Wind is a breeze. Whirlwind is a tornado.

When Satan removed consequence from rebellious action – “you shall not surely die” – he removed the fear of God. We act now in confident fearlessness that we can “get by with it.”

Galatians 6:7
Do not be deceived… 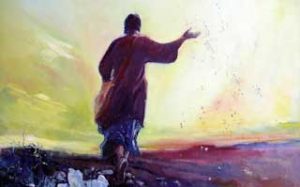 The most basic lie of the serpent, the one core of human delusion is this primal blindness that makes us free to be a safe sinner:

Greek DECEIVED means: to lead astray, cause to wander

The serpent led the first children astray and caused them to wander from God’s protection! And they died. The spirit of man died and when your spirit dies, your inner God-connection is severed. So we humans are born…dead to awe of a mighty God by the loss of accountability.

Eve and Adam swallowed the lie that they could have and do what they wanted with impunity and Satan could plant that one corrupt seed into all humanity. 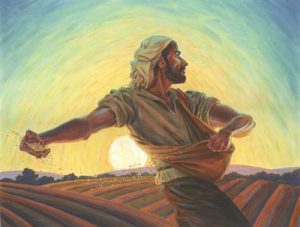 Rarely do we see the inevitable link between seed sown and fruit grown.

The restoration to spiritual sanity is the God-given revelation that you will get back everything you give out. Then the fear of God that motivates obedience is restored.

Galatians 6:7 AMP
Do not be deceived, God is not mocked [He will not allow Himself to be ridiculed, nor treated with contempt nor allow His precepts to be scornfully set aside]; for whatever a man sows, this and this only is what he will reap.

Greek MOCK: “turn up one’s nose to scorn, to show contempt for, to insult”

A basic undefeatable, immovable law is planted in the origins of mankind. Whatever you sow, this you will reap. Here the original deception of Eden is obliterated: there are consequences.

God sees. God rules. God reigns in righteousness and majesty. To set aside His ways is to treat GOD HIMSELF with contempt – to ‘thumb your nose’ at Him and it will never, ever slide by.

An “Amen” followed by goosebumps…
This amazing song from Carman – There is a God – comes to mind.
https://www.youtube.com/watch?v=gcL3I9z9ZsM

So much truth to ponder here. Sobering reality indeed! But in God’s justice and righteousness, this same law works when we sow good seed: it brings a harvest of righteousness!

Thank you, Martha, for words of life!

may the truth of these words take root …….
thank you ……

“…none of us who were there could stop the diatribe of a bitter spirit that railed at him.” Chambers writes, “Nothing touches our lives but it is God Himself speaking…Do we discern His hand…? And God revealed, “Then later as I pondered it, I realized that he had reaped exactly what he had consistently sown.” Gods hand discerned. My hoped response to anything other than peace is to ask, “Lord, is there repentance for me in this?” Whether it be words, actions, thoughts, or attitude, is my lack of peace anyone’s fault other than my own? Probably not…(sometimes when I… Read more »

“…if you try to prevent suffering in another life, it will prove an obstruction between your soul and God.”–Thanks, Tammy — much needed to hear that. . .will try to find the entire reading in “Utmost.”

Thank you, thank you — it was wonderful! (You saved me a lot of time giving me the date, too.)
God bless you, Tammy.

Ah… thank you for this wisdom.

We reap what we have sown, but worse, it comes back in frightening multiplication. Wind is a breeze. Whirlwind is a tornado.

May God have mercy on me to show me the reality of this word.