A truly delightful woman called yesterday and asked what I meant when I said in my last post, “I would try to pour ‘life into death’ and then wonder why that life wasn’t fully victorious.” Because this is such a vital point, I want to go into more detail of what I meant by pouring life into death. 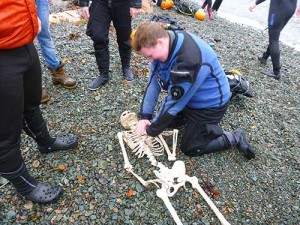 My understanding of new wine into old wineskins was confined to trying to live a Christ-like life in my old nature and under my own power. But in that I was limited to the idea that we try to be good apart from the only Good: God the Father. I’ve since seen that it’s much deeper than that and far more pervasive. Every word of correction, every chastening by the Spirit, and every place that the Cross comes to kill something out of me is an example of where I’ve been pouring life into death.

It’s so easy to look at my life as the culmination of thoughts, choices, and deeds, because it is. That’s true as far as it goes, but it doesn’t go far enough. As Martha makes clear in her Message of the Month, “The Big Why,” motive matters most. What drives my thoughts, choices, and deeds? What is the catalyst for my heart condition? What lies at the very bottom of everything I’ve ever thought, said or done?

It’s not enough to simply see where I’m pouring life into death, because that only addresses the resulting sin. God wants to take me to the motive behind it all, the heart of my very being. When Nee said, “Many people regret their sins but not themselves,” I think that’s what he meant. It’s not enough to repent of the things we’ve done and said and thought. We have to repent of why we did it and the way we think and how we deal with life. In other words, we have to repent of the very essence of who we are.

Life into Death Results in Death 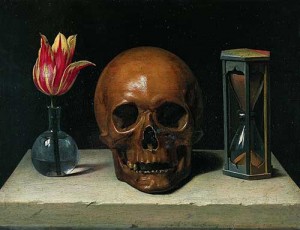 The Lord has shown me time and again the things about myself, about my past, that I don’t regret. And each of these dealings has revealed a motivation other than loving God with all I am and all I have. For example, I have a very maternal heart for children. I delight in them and I adore them. In the birth of each of my nephews and nieces, I rejoiced wholeheartedly. And isn’t that a good thing? Aren’t we supposed to be openhearted? What could possibly be wrong with loving children?

Because mine was a love apart from the love of God, it was a smothering, deadly thing. It was a love that idolized and obsessed. It was pure death, but I didn’t see that. I had repented deeply for my hatefulness, but I found nothing objectionable about my “loving” nature. So I called that part of my past – that part of my SELF – good and I kept it. When the Cross came to kill that polluted love, which was the essence of pouring life into death, I was shocked and devastated. I thought that I had a pretty good bead on who I was, and the realization that I was blind in that area was a real wake-up call. My desperate need of the Spirit is total.

Putting new wine into old wineskins will only end one way: “the wineskins break, the wine is spilled, and the wineskins are ruined.” The Holy Spirit is faithful to bring to the Light every place that I still cling to the past in some form or fashion. It’s on me to say yes to His word of reconciliation and to repent of pouring life into death.

OH resounding AMEN to both Sam and Tammy. Jennifer you are touching such crucial truth, if only I will receive the truth, for there are many scattered busted wine skins from my old life. I choose to listen and obey where I have poured life into death. I will have to come back to this post many times. When you shared the issue of getting a wake-up call, it brought to mind the times He has shown me I was seeking love for myself and not for that person to have a love for GOD. (I learned that from Martha’s… Read more »

Yes, Jennifer. Thank you. It is quite shocking the cleansing ways of the Holy Spirit of Christ, working out the will of the Father in us. He won’t spare us!

And what a glory out of that destruction of holiness!

“And what a glory out of that destruction of holiness!”

I mean.. what a glory comes out of the obliterating holiness of God…

“…we [TRY] to be good apart from the only Good.” Exactly! “Every word of correction, every chastening by the Spirit, and every place that the Cross comes to kill something out of me is an example of where I’ve been pouring life into death.” WOW! So profound a statement…New Revelation! “‘…motive matters most.'” “We have to repent of why we did it…” And only TRUTH Himself can show us this about ourself…and we must be willing to see TRUTH. “…I found nothing objectionable about my “loving” nature. So I called that part good…and I kept it.” ALL things, all that… Read more »