In those days there was no king in Israel: every man did that which was right in his own eyes.
Judges 17:6 & Judges 21:25 KJV

In those days there was no king in Israel; everyone did whatever he wanted.
HCSB

No King is No Fun

While reading Judges, I felt like the Lord gave me insight on the cultural climate of our day. We are living in a culture that does what it wants. And why is this so? Because we live as if there were no King. And no, I am not speaking of an earthly leader; I am referring to our Heavenly King.

Now, this is NOT a political blog so I am not directly addressing any particular current event. That said, it’s impossible to not be affected by the politics of your day. People have always had governing bodies and these leaders affect our lives. And as I have written before, our leaders often reflect our hearts back towards us like a mirror.

Where there is no prophetic vision the people cast off restraint, but blessed is he who keeps the law.
Proverbs 29:18 ESV

This verse always gives me the visual of the people running roughshod. I see a looting, half-naked populace doing whatever they feel, wherever they want. Restraints often keep the veneer of a civilized society intact. But as Jennifer tells me, that veneer is just one decision away from unraveling.

When there’s no vision, the people get out of control, but whoever obeys instruction is happy.
CEB 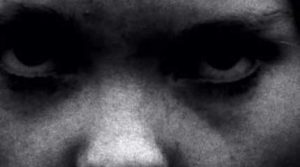 When a culture lives with no King, we witness many of the things currently happening—unchecked violence, mass murder, massacres and terrorism, the rule of law being disregarded, political unrest, growing lawlessness, absurd abuses of power, a sliding scale of justice, morality bowing to convenience, and casting off all restraints.

Where there is no vision from God, the people run wild, but those who adhere to God’s instruction know genuine happiness.
VOICE

A person, a people, a nation, a world that lives with NO KING is doomed for destruction. No happiness can actually be found when we live unmoored. We were designed to live anchored to The King and without Him in our sights, we unravel.

In a King-less society, where adhering to and acknowledging Jesus Christ as Lord is nonexistent, we must remain King-ed. This is our only move and one that checkmates the increasing lawlessness. It is not only our only recourse but also our ultimate responsibility.

Hi John, what a true, accurate description of our society you have given us here. Yes, we must remain King-ed (I love this expression). Our King Jesus not only created all things together with the Father and the Holy Spirit, but just right now, He is upholding all things by the word of His power (Hebr. 1, 2-3). And in this new creation He is before all things, and in Him all things consist(Col,1,17). If people ignore Him, or even take Him out of creation, they reject the very center of it and this rebellion cannot but end in confusion… Read more »

Thank you for this. You have stated this very well!

I love this statement, “remain King-ed.” As I was writing this that is what I heard. It reminded me of the call in checkers to be Kinged. You can make all kinds of parallels with this.

Bless you Ulrike and thank you for commenting!

Thank you, John. This was very moving. I thank God for giving you His insight into this from the book of Judges (which, shame on me, I always thought was rather boring, except for a couple of events and I wish I could add, “Don’t tell anyone,” but here it is in black and white). But He taught me through this: He doesn’t just speak through the book of John or Ephesians or the Psalms — all of the Word is His Voice and He’s speaking throughout all of it, if I’ll just listen. So very basic. Prompted to go… Read more »

Thank you for your comments, Pauline–I have been in a similar ‘feeling’ and needed this as an exhortation to be singleminded in the Word!