What do we do when the enemy screams in our face that he has won and we have lost. The reason so many people live defeated is because so many people don’t know how to war. We are witnessing this in the condition of our country’s populous. We are easily fooled and too quick to give up. It’s like we have never been in a battle during our entire lives.

If you’re a soldier and you quit after the first shot, you’re not much of a soldier. A good soldier in battle knows how to war. They also know the ploys of the enemy. 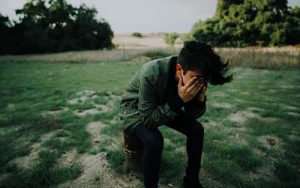 Warfare is a “life-fare.” Our enemy roams about like a roaring lion. He is crafty and uses everything at his disposal. It doesn’t matter if you are young or old, healthy or frail, he is an equal opportunity deceiver. I just want to be one who stands up IN Christ to say, “Here and no further!”

Our culture and society is being destroyed and as children of the Kingdom we are called to fight. We are called to resist the tyranny and rule and reign in this life. This is our training for eternal reigning. And in that we have to war. We’re called to stand against the tsunami aimed against at us. No not on our own but IN CHRIST. We are living, breathing ambassadors of His own heavenly rule.

While some warred during our elections and pandemic, most just watched as the world was being thrashed. Sure this world is going to burn. This is not our kingdom and we are not to be entangled in the affairs of this world. But with that said we are also called to rule and reign as ambassadors of the King.

To Defeat or Not to Defeat 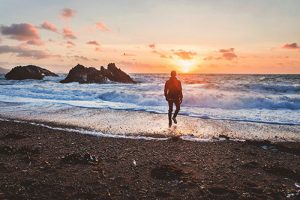 No soldier in active service entangles himself in the affairs of everyday life, so that he may please the one who enlisted him as a soldier.

Or what king, when he sets out to meet another king in battle, will not first sit down and consider whether he is strong enough with ten thousand men to encounter the one coming against him with twenty thousand?

for the weapons of our warfare are not of the flesh, but divinely powerful for the destruction of fortresses.

So the dragon was enraged with the woman, and went off to make war with the rest of her children, who keep the commandments of God and hold to the testimony of Jesus.

Can I also suggest that we sometimes stand back completely from the world, politics, distractions, latest TV series and even gossip and rumours in family and friends to follow, obey and serve Jesus Christ?! Politics is not the answer. How many presidents in America have namechecked God but turned out to be rampaging charlatans, or even wolves in sheep’s clothing? I’m not naming any names but we also have it here in Britain. It tends to infect the Right more than the Left, but it doesn’t matter. Equally, how can we expect our leaders to be even good, let alone… Read more »

I have had to turn off the news to focus on the Solution. You are right Tim, talk is cheap. All we can do is allow His Life in us to actually stand and shine in the darkness. Thank you for commenting and God bless you brother.

Spot on! Put on the whole armor of God and stand ready!