Our Leaders Old and New 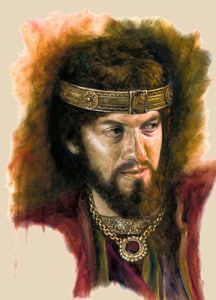 I’ve never heard it said that the Kings of Israel simply reflected the hearts of the Hebrew people. Almost every king of Israel and Judah did evil in the sight of the Lord. Manasseh, who was touted as the worst king of them all, even crafted new ways of being evil. But were these kings solely evil in themselves, or did they reflect the morals and values of the people they ruled?  If it was just an evil king, then why not simply send the king into Babylonian exile by himself or let Assyria capture him and his family and be done with it? What was God saying by choosing these men to lead Israel? Until now, these have just been wonderful stories and proverbial lessons for me. But the Lord has impressed on me that these leaders reflected the heart of the people. And beyond this, He referenced us, the United States, as being very similar.

It’s easy to shoot at the broad target of leadership. They’re in plain view, living before the whole world.  But what about the millions of unnoticed people that makes up the citizenry? What about the mass populace carrying on about their daily routines without public scrutiny? Is God displaying in the open the secret heart of the people by giving them a leader who reflects them? And what about us, the United States of America? We the people can grumble and complain all day long, but do our leaders and their many indiscretions simply reflect our own moral sliding scale?

Are Our Leaders Leading Us or Reflecting Us? 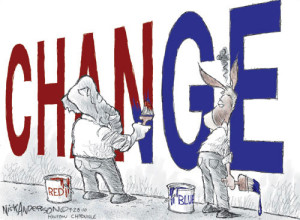 I’ve believed, up until recently, that our leadership is dragging our country into the mud. What I’m now seeing is that our leaders are only upholding our personal values. No, we might not personally make some of the same choices they’re making for our country. But in actuality, we’re not observing a struggle of only ideologies and political agendas. We’re witnessing our hearts lived out in our leaders.

As I wrote in my recent post about the Baltimore riots, as a nation we have cast off the restraints of God. Because we have attempted to loose ourselves from His direction and rule, we have become a lawless generation. So now we’re being led by leaders who “do as they wilt.”

Our Leaders Minority or Majority? 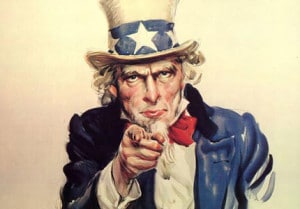 Our leaders, independent of their political views, are reflecting our own rebellious hearts. Like King Manasseh. He wasn’t a minority amongst the righteous populace; he was a reflection of the majority, whether through active participation or through compromise. God uses the leaders and authorities He places over us as a reflection to reveal our own hearts back to us. It’s a clear sign of our individual and personal choices played out before us. So no, you may not agree with our current administration, but if we look into our hearts, are we Christians holding God’s party line? Are we upholding His standards, His values, His agenda and His Will in our lives? 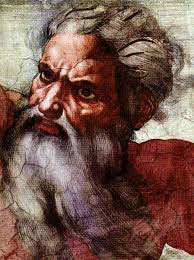 I’m not making a generalization, grouping every soul in the U.S.A together as unrighteous. But only God Himself can judge the heart of man. And if no authority is in place outside of God’s own direction, then we must ask the question: What is it that You are saying, God? Why have You placed us under a set of leaders who disregard the rule of law? How are we individually like them?

We have a question before us—God, what are You trying to communicate? While desecration of our flag becomes a social media challenge, riots and lawlessness run rampant, those who hate us are threatening to murder us in the streets, and fundamental change to the constitutional structure of our country abounds, maybe the question should be more personal in nature. Not “why are they…” but “why am I?”

The leaders reflect the people!

If My people who are called by My name will humble themselves, and pray and seek My face, and turn from their wicked ways, then I will hear from heaven, and will forgive their sin and heal their land.
2 Chronicles 7:14 NKJV

* I can’t recommend enough Martha’s daily devotional series Rule and Reign Like Daniel. In it she writes about what it is to live victorious in times of chaos and uncertainty. The point when God uses our leaders to purify our hearts and cause us to rise to a position of ruling and reigning.

We see this all over the world, not just in nominally Christian nations either.

We also see politicians in America, Britain and Australia namechecking God for their own agenda, whilst doing the very opposite of what Jesus would say or do.

Herein lies I believe one of the biggest problems of Western society, and that is a rebellious society looking at many Christians, at many churches and prominent church people and prominent Christians and seeing only selfishness, hypocrisy and greed.

The judgment starts at the house of God, shipmates, not the world!

This is true, judgment is such love to save us from a disastrous fate. Thank you for your comment Tim. I bless you as you reflect our Saviors Life to the world.

How powerful is the will of the people?

“Every nation has the government it deserves.” ~ Joseph de Maistre, August 1811 I very much hold the same view. Having been born and raised in a country that was under a totalitarian communist regime for 50 years, I’ve very often though of the same for my own country. God speaks more through His actions, in fact His words are not mere words, they are actions. For scripture says, He spoke and it was done. And we find that He often delivers us to our own choosing. As you so accurately bring all those examples from the Old Testament, it… Read more »

Absolutely. In my country we have a totally corrupted political class. Rarest is the politician that did not steal. They are a reflection of the “spiritual empowered rules hanging over the people”.

And those (evil) spiritual rules and authorities are there because of our sin, of course.

Yes as a rod of His chastisement to turn their hearts back to righteousness (Judges).

After reading your post last Friday, I have been looking closely at Romans 13 and have come to the same conclusion as you John. Romans 13:4 ” For he is God’s servant for your good. But if you do wrong, [you should dread him and] be afraid, for he does not bear and wear the sword for nothing. He is God’s servant to execute His wrath (punishment, vengeance) on the wrongdoer.” (Amp).

So poignant John! What an amazing perspective!!

“Is God displaying in the open the secret hearts of the people, by giving them a leader who reflects them?” my
spirit says YES but this is totally new truth that I must allow HIS Holy Spirit to deal with me.