There is nothing coincidental about the current events being reported in our media. We’re not witnessing a merely secular circumstance happening. No, we are observing a spiritual fight in a secular realm. And for the believer in Christ everything is spiritual. I showed this in my last post. For the Christian there is no strictly secular happenstance, His Life makes all things eternal in us. And in our current crisis, there are many underlying issues being revealed by the media that are spiritual in nature. One of the things we are seeing is the exposure of the opportunist versus the patriot. 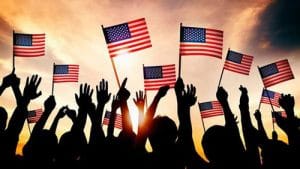 How can something like our “patriotism of our country” be spiritual? This is what I believe I have seen. There is a systemic issue that is being made known and revealed. One of the things we are witnessing is mass corruption on every level. How is this a spiritual issue? Because for many years nominal Christians have sought all the benefits of the Christian faith, without paying the actual cost to live it. A hireling nature rather than a being a son. This has simply opened a door for the climate of corruption. We are seeing “professing Christians” be exposed in acts of treason against the country God has placed them over. The atmosphere has allowed us to witness opportunism and corruption in mass.

Christ’s disciples were called to give and to die, not work things out to their advantage. Looking back, there was only one of the disciples who solely sought his own opportunistic endeavors. And this one betrayed our Lord and then hung himself from a tree. This traitor got his treasonous end. In our time, we have watched many betray their own vows for opportunity. It is a shocking revelation!

The Corruption of the Opportunist 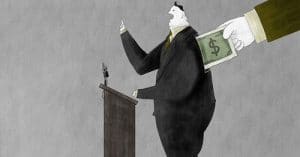 Many churches preach a gospel which is more entertainment, liberty and grace with no balance of the cross, accountability and discipleship. This makes the “bless me” culture run rampant. People believe that being a selfish opportunist is simply self-preservation and common sense…making the most of our opportunities. This false gospel message makes believers who are insipid and impotent. And it is not a shock why the world would sells itself to the highest bidder when those who stand for righteousness do the same.

We are children of Light and the ones who stand for Christ’s Kingdom reign now. As salt and light we are a catalyst for righteousness and responsible for the generation we live in. Our lives set the stage for the rest of the world and when we fail to let Christ shine His Life through us we perpetuate darkness. How can the godless see God when those who call themselves His, scheme and cajole just like them. When Christians say they abide in Christ but deny Him by their lives, they legitimize the flourishing of darkness.

Being Salt and Light

What is the answer to this massive quandary? Let Christ be Salt and Light in you. Let His very presence change the air around you. It is impossible to not be changed in the presence of Jesus. We either become Light or enter deeper darkness…we are changed. As The Beckon, He is impacting our world. And regardless of circumstance we find ourselves in, He IS reigning now in this earth.

What can the righteous accomplish when truth’s pillars are destroyed and law and order collapse? Yet the Eternal One is never shaken—He is still found in His temple of holiness, reigning as Lord and King over all. He is closely watching everything that happens. And with a glance, His eyes examine every heart. For His heavenly rule will prevail over all.  He will test both the righteous and the wicked, exposing each heart. God’s very soul detests those who love to resort to violence.
Psalms 11:3-5 TPT

We’ve forgotten we don’t belong here. We want desperately to belong, to be liked and to delude ourselves. We’re here as ambassadors for the Kingdom of God. We need to remember who we are. Our gaze is off our Eternal prize. We’ve become distracted like the virgins who didn’t tend to their lampstands. We need to return.

John, your writings are on fire with Holy Spirit truths, calling God’s people back to Him. What a blessing you are to me and my walk!

This is piercing & penetrating insight, that brings such needed encouragement–truth to live in! We are blessed to be a blessing. God’s blessing has an eternal & infinite quality, it’s HIS blessing. “Our God is a holy, devouring fire!” Light distinguishes. The Aramaic is “consuming light”. Heb. 12 is heart gripping. Our God is an unquenchable, unstoppable fire. Our culture is constantly pressing is to believe we’re insignificant, rather than that e should believe God is God! And live God is God! The world constantly changes its decree of what is ‘significant’. That should tell us something. “He chose what… Read more »

Thank you for this message. Truth! And convicting of us all!

I needed it greatly! Love you Alex.