The most interesting new book I read last year was Pioneer Girl: The Annotated Autobiography of Laura Ingalls Wilder. It’s the full account of the life story that she wrote and later modified for publication as the Little House book series. It contains a great deal more by way of the substance and details of Wilder’s life. I find it especially fascinating as an example of how we perpetuate the myth of Once Upon a Time by sanitizing reality.

Once Upon a Time Life Was Simpler 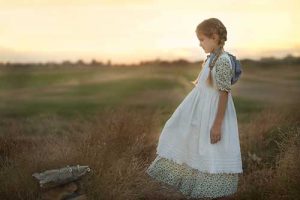 The version of pioneer life presented to us as children in the Little House book series is not terribly different from Wilder’s autobiography; it’s just cleaner. Ma and Pa are more human and less saint. Love of God and country are balanced by immorality and injustice. In short, the autobiography is less Once Upon a Time and more reality as we’d recognize it.

When witnesses are sworn in to give testimony in a court of law, they put their hands on a Bible and take an oath to tell “the truth, the whole truth, and nothing but the truth.” It’s necessary to phrase it that way because we can use partial truth to create a deception. There are always consequences to sanitizing reality. Always. Some of those consequences we can see, but we sanitize reality anyway in service of something we value more. For example, we do our best to shield children from the whole truth of this world in any number of situations in order to protect their innocence for as long as we can. The consequence is that when the child learns the whole truth, they can feel lied to and betrayed. That’s a consequence we’re willing to face, but some consequences we don’t foresee. The myth of Once Upon a Time is one of those consequences.

Once Upon a Time We Were Better People 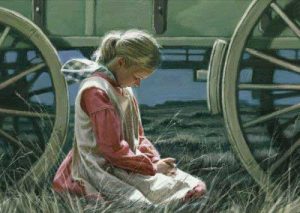 I don’t think that Laura Ingalls Wilder set out to obscure the truth when she sanitized her life story at the request of her publishers. She knew the books were intended for children and she still included some pretty hardcore reality in them, like starvation, prairie fires, animal attacks, extreme deprivation, and untimely death. But these are conditions of a riskier way of life, which pioneers by nature would have faced. The reality that she really sanitized pertained to human nature generally.

The idealism of a Once Upon a Time mindset is destructive. It says that humanity hasn’t always been as wretched as what we see now. More harmful even than that is the implication that we can be better. If we were better before, then we can be better again. ‘Once Upon a Time, married people were faithful to one another.’ Well, no, not really. They just built bigger closets to hold their skeletons. And ‘good’ people simply didn’t discuss such things.

Once Upon a Time is used by Satan to create a dissatisfaction with who we are and the people around us. It sows false hope in prideful hearts that the world should be better than it is. As a lover of stories, I’m fond of histories, and yet I’ve never come across one that presented a life or lifestyle superior to present day. Different? Sure. Better? Not by a long shot.

The whole truth is wonderful for correcting a discouraged perspective. Our world is a mess and it’s tempting to fantasize about a cleaner life. But there isn’t a cleaner life and there never has been. Once Upon a Time isn’t real because it’s not the whole truth.

Righteous lips are a king’s delight, and he loves one who speaks honestly.
Proverbs 16:13

Realizing the possibility that I’m taking the blog off in a direction that may not have initially been intended…and after mulling my comments over a bit…and in consideration of some respected advice…here goes 😉 “…we do our best to shield children from the whole truth of this world in any number of situations in order to protect their innocence for as long as we can. The consequence is that when the child learns the whole truth, they can feel lied to and betrayed.” Yep. We as humans in general tend to view things from an “it’s all relative” perspective. If… Read more »

Woaaaa… thank you for sharing this children perspective, it is not a tangent! They also NEED Truth as much as you and I need it. Truth is so liberating.

I loved this comment of yours about that book and the “sanitizing” mania the world regale us with. Not to shock about it, anyways…

It is so curious that repenting embrazes Reality again as something highly desirable. You do not need to paint the real world with rainbow colors or flush on it a whole box of cologne. You just embraze it because Jesus Christ in us embrazes the whole mess and takes it to His Own… tomb.

Jennifer, truly the king would love your speaking………a delight to me also. Bless you for sharing more reality and truth into my life.