I recently wrote a post on authority and the government. And I received a comment from Marshall who said, “Did Acts 5:29 with the Apostles just take a hit here?” Oh the rub of delegated authority. For eons it has been debated and argued about. Should I abide by the governing authority of man or should I relegate myself to Kingdom authority. Which is obeying God? This can be a tricky one for sure.

On the one side the Word says:

But Peter and the apostles replied, “We must obey God rather than any human authority.” Acts 5:29 NLT

And on the other:

Consequently, whoever rebels against the authority is rebelling against what God has instituted, and those who do so will bring judgment on themselves.
Romans 13:2 NIV 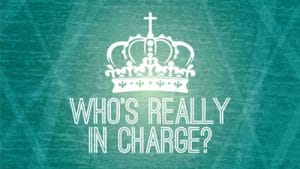 How am I to maneuver this minefield? How do I know when I am to obey human authority or God? Can anyone unscramble this egg? We better have a miracle here, right?! Here is the truth, NO man has the power to abide by the rule of God or the authority of man. Law makes us lawbreakers.

If God’s promise is only for those who obey the law, then faith is not necessary and the promise is pointless. For the law always brings punishment on those who try to obey it. (The only way to avoid breaking the law is to have no law to break!)  Romans 4:14-15 NLT

For no one can ever be made right with God by doing what the law commands. The law simply shows us how sinful we are.
Romans 3:20 NLT

Here is our miracle, Christ in me. Christ in me fulfills the requirements of the law. Christ in me follows what He sees the Father doing. Christ in me is the only way I can live obeying God and the instituted delegated authority He sets in place through governing officials. Only Christ can thread this needle. 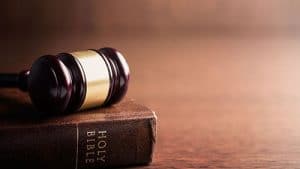 In Marshall’s scripture Peter and the apostles abided by the Life of Christ through the Spirit of Christ. These men were given God’s word to preach and the authority of man went completely counter to that order. Whenever man’s authority goes against God’s Will, we allow Christ’s Life to live His Will. This sounds like an escape hatch for sure. And how do I know that I heard God correctly in what was His Will? Dependence is the answer.

None of life can be lived knowing. Our knowledge is flawed at best. The purpose of the Law is to prove we can’t do it. The only way we can make it through this world pleasing the Father is by living in utter dependence on the Life of Christ. It is only Christ, who is THE LAW, who can abide by God’s Law. So no, Marshall, Acts 5:29 didn’t take a hit, I did. My life will ALWAYS break the Law. Law in itself is set up to be broken. Law is proof of my need for Christ’s Life. Only Christ in me can obey the Law. And only He knows when the authority of man is overreaching or when I must submit. This takes the pressure off me, as well as the temptation to make of myself a law in itself.

On Monday, when I read, “Acts 5:29 didn’t take a hit, I did” I thought to myself, Why OF COURSE John!!!! But the bomb came with a timer cause it only blew my mind last night during my insomnia!

It’s never ever about us!

And yet He INCLUDES us!! Even in our inevitable mess, when we put our faith in Christ and who He is, Perfection walks in and we become witnesses of Life! Beautiful Life! So beautiful!!!

Love those secret long fuses that go off later ???! It really isn’t about us, it is all about Him and our reliance on Him. I love that Perfection walks in me. Love you Sandy!

I find when I am trying to “figure” out which way is right, then I am eating from the wrong tree.

That is so completely true! Figuring is never a good position, only listening. He is the Solution and figuring is just a work around for another. Bless you Judie! Thanks you for your comments!

Authority provides safety & sanity. It has source & destination. Jesus said, ‘I know where I came from & where I am going.’ God’s authority is ultimate & absolute. Jesus lives ALL, in us…the earthly, the heavenly, the final. At 6 I borrowed the neighbors street car pass; I was allowed to use it to go to music lessons. This time I used it ‘to run away’ & make them sorry. I rode to the end of the line…& back of course, to be met by authority. A certain kind of love, in this case. (Jn.12:50) “And I know that… Read more »

I totally agree! When we have been lawless, we can come to the place we just want to be parented. At least this has been my experience. And when I snuggled into His authority, I did find ultimate safety and secure sanity. Love you Helen! Thanks for your input! And glad you like the unscramble…?

Thanks for this reminder John. Apart from Him we can know and do nothing. Moment by moment surrender…

John, thanks for your Spiritual and Scriptural (one and the same) explanation of this important question. You Really helped unscramble this egg for me. I now have a much better understanding.
Blessings,Shirley

Blessing you Shirley, so glad this helped. I am so excited about this reality. May we never recover!

Great insights and such different truth than how the body, often, permits operation. Because it can get messy. If we do not have blanket rules for all to follow and permit each to be led by the spirit, it will look different for each of us. And all of us, in our immaturity, at times, will miss it. (Hopefully some of that is mitigated by our listening to the counsel of others.) All that to say, without forcing conformity, via external laws, there will be differences in actions and reactions. We need to become more comfortable with letting others listen… Read more »

This is so true Karen! It is ultimate trust in the Spirit, but you know the Spirit can bring His own order in situations. We have to listen to Him even in this, because yes people will take liberty to let the flesh fly free in situations, which never is alright. We even have to be submitted to allow Him to bring His guidance in these circumstances. I have seem both extremes, flesh gone wild and strangling control neither of which is God. But I have also been in groups that truly let Him lead and direct. It is a… Read more »