The benefits of screwing up 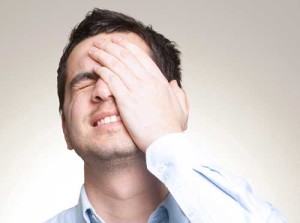 There are benefits to writing a blog and screwing up in your life—the edification of others. Today I’m going to write about a disobedience that affected others in the hope that it will bless you.

Monday mornings, I leave and go down to Atlanta for a full day. This past Monday I woke up a little later than normal, so I was running about 15 minutes late. I have a standing chiropractic appointment every Monday morning at 7:15 AM. It takes me an hour to get to the chiropractor before I have to drive the remainder of the way down to Atlanta for my art class. So here I am, leaving at 6:30 knowing that I won’t make my 7:15 appointment. As I was backing out of the driveway, I heard: “Go load Martha’s car for her.” She was going down the mountain later that day and she’d been having issues with her car battery. But I thought, “I’m already late – I don’t have time.”

Obedience: The cost of Not Being Obedient 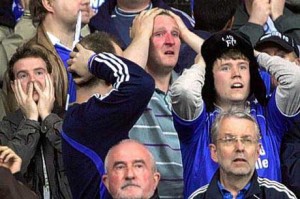 You know, thinking will always get you in trouble, and this bout of thinking boomeranged back on me, on Martha, and on a man down the street. Here’s what happened. I got to the chiropractor, checked in and was just about to sit down in the queue to wait for my turn when my phone rang. It was Martha, kind of tearful. “John,” she said, “my battery’s dead.”

Now, I was an hour away and could do nothing directly about it. My disobedience to the Spirit’s Voice was now causing someone I love grievance. And even now, as I write this blog on my iPhone, I’ve already received two more calls from Martha trying to deal with it. Whoa, how many times has His Still Small Voice spoken, and instead I went to logic and disobeyed? 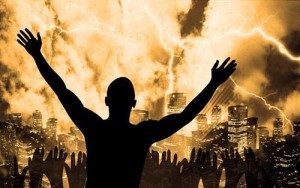 Here’s the kicker: all of this comes on the heels of a revelation about obedience. Pop quiz! This is my testing of that revelation and…I obviously failed! I’m really praying that we will do a podcast shortly on what we’ve seen about this as a body. It’s simply amazing. But here’s a little sneak peek. Christ’s only requirement of us is obedience. It isn’t service, or worship, or work, or performance—it’s only obedience! Obedience is all that He requires.

It’s not hard for me to value the task at hand more than obedience. It’s all too easy to ride the motivation of getting a job done rather than simple obedience to the Voice. Responsibility can be a taskmaster. Seems so strange that this highly valued character quality could also be a negative, but it can. When my responsibility overrides my obedience, then I’m letting someone else drive my vehicle other than the Lord. Obedience has to be our highest value, higher than even responsibility. My dependability, independent of the Voice and my obedience, is damning.

To help Martha, a man down the street had to drop everything he was doing and spend time trying to charge Martha’s battery. After over an hour, he eventually was able to start her car. Then she made it down the mountain and was given a brand new battery from the auto parts store. But that’s all the story of the Father’s faithfulness—not mine. 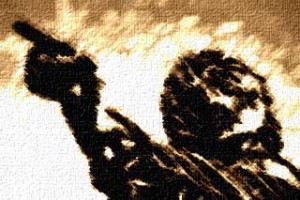 If I had let Christ’s life perform His will through me, I could’ve saved her from some heartache. The Spirit of God wanted to pack Martha’s car this morning through me and I prevented Him from doing it. Essentially, I was a block to Christ’s life in me today. That’s what I’m responsible for.

This is what I’ve confessed and asked forgiveness for. This time my disobedience seemed to be relegated to a small realm of influence. God, may I learn the lesson NOW before that realm broadens substantially.

“But this is what I commanded them, saying, ‘Obey My voice, and I will be your God, and you will be My people; and you will walk in all the way which I command you, that it may be well with you.’”
Jeremiah 7:23 NASB

Oh John, I am no stranger to what you experienced here, and it saddens me so to say it. But because it is the desire of our hearts to please Him, He will give it to us. And He is patient to wait for the seed to germinate. HALLELUJAH! We are in His school.

Oh my…this part of the verse, ‘Obey My voice, and I will be your God…” is just so fearsome!

Obedience is utter dependence. It’s living by a Voice. It’s waiting on His Voice to speak. Even trying to BE obedient takes me into law, which I can’t do. I have to wait for the Voice. Sometimes I falter, and ask, “is that right? Did I hear You correctly? You make no sense!” Which is glorious because it takes me to the Cross. To say, “Lord, I do not know. If I am wrong, Jesus loves me and will make me right before You.” Then, and only then, can I be fearless in obedience.

John, I feel your pain in the honest sharing of your” logical decision” So agree with Mary and Sam. I too have fallen into this trap. May i also follow “the voice” to be HIS PEOPLE…..bless you for this great blog.

I unfortunately have fallen in the same trap of logic over obedience with major regret. My prayer is to be obedient period.