But the natural man does not receive the things of the Spirit of God, for they are foolishness to him; nor can he know them, because they are spiritually discerned.
1 Corinthians 2:14 NKJV

If this verse is true, and it is, then how do any of us even get to a place of receiving salvation? We bow and then obey.

Before I was born again, I went back and forth between believing that I understood who God was and what He wanted from me and being frustrated and outraged that I couldn’t seem to understand anything. It was pretty stressful, actually, and I remembered the torment of that stress when I read 1 Corinthians 2. I wondered, “Why did I come through to salvation and the Spirit, when so many people seem stuck in the anxious torment?” I bowed and then obeyed. 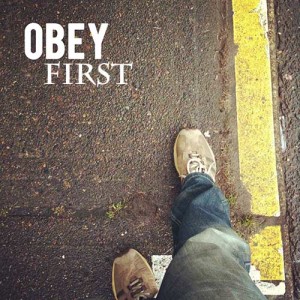 There’s no true submission to authority if there’s no actual obedience, so obedience should go without saying. But it doesn’t. Not even close. A change in vocabulary is not evidence of submission to spiritual authority, but I’m no stranger to that particular performance. Repeatedly stating “I choose to be under authority! I will submit!” does nothing to change your situation if that choice isn’t accompanied by obedience. I found that out the hard way, too.

Sooner or later, you find yourself at the crossroads (or multiple times, as was my journey) being asked, “Is this God or not?” If the answer is yes, then something has to give. I didn’t immediately see anything, but I acknowledged that the correction I was receiving was from God, and then I moved on that ‘yes.’

Even without access to the obedience of Christ, I was capable of a basic ‘following’ when it came to my spiritual authorities. Choice by choice, I was committing myself to where God had put me—and under whom He’d put me. It was never enough to simply say, “I’m here and I’m committed.” Day by day and choice by choice, the Lord exposed the truth of my heart and person and tested my commitment to His authority in my life.

Once I was born again, my new creation was powered by the indwelling Life of Christ, and His obedience was my obedience. But without actual surrender and obedience first, even before I could really comprehend anything, I wouldn’t be here now.

“Nor can he know [the things of the Spirit of God], because they are spiritually discerned.” We cannot expect knowledge or discernment from someone who isn’t born again, because they’re no more capable of understanding God than I was. But they are capable of coming under authority and walking that submission out in obedience. For me, obedience and coming under authority was the launching pad for my salvation. It was undeniably vital to my very life.

If surrender to authority is not in evidence in someone, then it’s all just smoke and mirrors to hide a ‘NO’ to God. And until that changes, we speak when God speaks and pray, pray, pray.

“Come now, and let us reason together,”
Says the Lord.
“Though your sins are like scarlet,
They shall be as white as snow;
Though they are red like crimson,
They shall be like wool.
“If you are willing and obedient,
You shall eat the best of the land;
But if you refuse and rebel,
You shall be devoured by the sword.”
For the mouth of the Lord has spoken.
Isaiah 1:18-20 AMP

It is amazing, isn’t it, Jen? Obedience CAN be unconscious. Maybe because it is operated on such a raw-gut level, that’s why it works, or it doesn’t work.

Otherwise… how would this word be fulfilled?

But when thou do charity, let not thy left hand know what thy right hand does, so that thy charity may be in secret.
Mat 6:4

Me too Jenn, “vital to my very life” Trustworthy and beautiful post. Thank you and blessings!

Obedience, coming under authority–these are words of life, Jenn.