Christ had nowhere to lay His head. Not only did He live this by example, but He also required this of perspective disciples.

And Jesus said to him, “Foxes have holes, and birds of the air have nests, but the Son of Man has nowhere to lay His head.”
Luke 9:58 NLT

Phillips translates it like this: “but the Son of Man has nowhere that He can call His own.” Jesus was not saying, “Hey, I don’t have a place to lay My head but you will.” No, Christ’s statement was put out to those proclaiming a willingness to follow. “If you want to follow Me, know this: you too will have nowhere to lay your head!” So what does this mean? I have a home, I have a bed and I am a disciple, so to what was Jesus referring?

The Disciple: Nowhere to Lay His Head 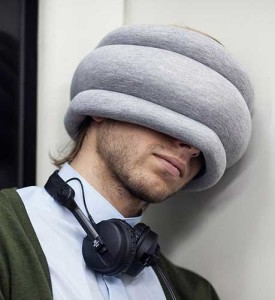 To be honest, I used to think that Jesus’ proposal – having nowhere to lay His head – was a great sacrifice and a diminishment. In my mind, I translated it as a sacrifice you had to make to be a disciple. It was part of “giving up houses or brothers or sisters or father or mother or children or property, for My sake, will receive a hundred times as much in return and will inherit eternal life,” as seen in Matthew 19:29. Look at the response of those to whom He spoke it. They left because they knew what He was saying! Nowhere to lay your head was more a cross than a blessing—a grid of preferring Him to self. This was a bridge to far, so the dialog ended there! And as far as me, I live in America – the land of houses, property, and the amassing of stuff. Where does this fit for me?

What I’ve seen this morning is that nowhere to lay His head is expansive not diminishing. What somewhere to lay your head means is containment. It means you will have somewhere that your life and thoughts are contained. It’s a place to which you’re connected, a cap placed on you, limiting your freedom. Now isn’t that an interesting way of seeing it?

To have a place to lay our heads limits the expanse of understanding and our experience and revelation of the King. For Jesus to have nowhere to lay His head was an increase rather than a decrease. He wasn’t being cheated; He was liberated. He was given the opportunity for expansive revelation of the Father because He wasn’t constrained by human institutions. And this is what He requires of His disciples.

What Does Disciple Mean, I’ll Be a Nomad?

This is not saying I will have to leave the church He’s called me to in order to function, but it does mean that the institution cannot be my source. If any human institution takes precedent over His right to lead, I have a place to lay my head. The disciple is called to follow. Martha wrote just the other day about this in her “Let” devotional.

“Jesus never begged anyone to follow Him.  He simply offered.  Follow me, and He walked on.”
#181 The Eternal Freedom

What about authority? This doesn’t make us a renegade or rebel. It makes us live openhanded within His expansiveness. He becomes our creed, ideal, and understanding. He is our Shepherd even when He chooses to shepherd through man.

So what I’ve seen as limiting, I now see as blessed expanse. Christ was calling from that potential disciple loyalty. When “nowhere to lay His head” is your reality, His very chest becomes your resting place—close to His heart as He directs your thoughts, moves your emotions, shepherds your life. “Nowhere to lay His head” removes you from involvement in earthly things and seats you in the Heavenlies with Christ upon the Throne of Grace. Intimacy with Him is the reward for having nowhere to lay your head.

He will feed His flock like a shepherd; He will carry the lambs in His arms, holding them close to His heart.
Isaiah 40:11 NLT

*The cost of being a disciple is to have nowhere to lay his head; listen to In His Hands for the blessings of this enviable call.

This new revelation is so positive and freeing. “Expansive” is a perfect description.
Thank you, John!

I love your writing today John. It seems that the expansiveness is mutifacted. And even if we are required to walk out Matt 19:29, what Christ gives back is above all that we could ever have asked or thought. The exchanged life sets us free! It’s a good day, smell the bacon?

As I struggled with this blog at the beginning…my thoughts ran along the line of “Okay Mr. Chambers (Oswald), I guess I’ll be sitting ‘this one’ aside for another day when my brain is functioning on a higher level!” But God gave a nudge and I stayed with it. So very grateful for His nudges! As I continued to read I could feel the excitement of a new truth! While reading on I saw myself as an “old wine skin” (figuratively of course because I may be older… but old! Not today anyway. Insert smiley face here) receiving fresh wine… Read more »

I was right there with you Tammy. I was thinking -“What in the world is John saying?!?!?” But ah yes… new wine.

Oh you have exploded and expanded this: Made His reality something to be desired and treasured by those who are needy, and hungry and thirsty. Bless you for waiting and listening and following his leading: “His very chest
becomes your resting place-close to His heart as He directs ‘my thoughts, moves my emotions, shepherds my life”

The call of “no place to lay a head” is a call of detachment, of no resting place except the bossom of God-The-Father.

Yes Sam, detachment. Abiding in Him.