Sometimes I feel like I’m under siege. No sooner have I dealt with a correction of the Holy Spirit, and then the Light shines brightly again, revealing another dark shadow. It’s not always this way, but the life of a disciple is extremely inhospitable to the delusion that repentance belongs to “others.” A few weeks ago, one of Martha’s devotions gave me great clarity on why disciples of Jesus never outgrow sanctification.

“The glory of the law faded because it could not change the hearts of people. God destroyed mankind in the flood, because “the thoughts of [man’s] heart was only evil continually” (Gen. 6:5).

The flood didn’t change mankind! It didn’t even straighten it out for a generation or two. Noah and Ham and the whole family were shaken but unchanged. Within a few years, Ham not only stepped in it, but he also didn’t appear to think twice before doing so.

Noah and Ham and the Ark 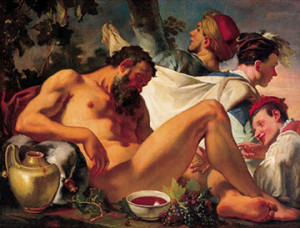 Only a few years had gone by since Ham had front-row seats to the destruction of every living thing on the planet apart from the occupants of the ark. Ham spent a year and 10 days on a colossal floating menagerie with his wife, his parents, and his brothers and their wives. He bore witness to the catastrophic result of incurring God’s wrath, a wrath the likes of which no one has witnessed since. Genesis doesn’t provide details of what it looked and sounded like when the whole of humanity, save a single small family, was drowned, but the word “horror” comes to mind. Would that not have made a deep impression?

For argument’s sake, let’s say that Noah and the gang were totally shut in and couldn’t see anything. And it was probably pretty noisy since predators and prey were in such close quarters, so maybe Ham didn’t hear the screams and pleas of the people drowning around the ark. No trauma to contend with in the visceral sense. But what about the year spent feeding all those creatures and shoveling out all the excrement? I mean, they’re all stuck on a gigantic boat with no indoor plumbing. The days would have been filled with caring for noisy, smelly, restless waste-makers. Wouldn’t that leave a mark on the old brain box? I’d probably go into hysterics every time I saw a cow patty after that. 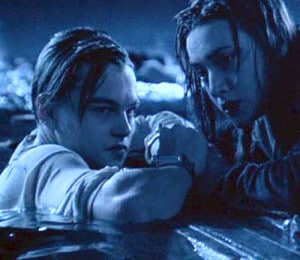 Ham was unchanged. “The flood didn’t change mankind.” Ham was marked by the flood, one way or another, but that wasn’t enough to shut his mouth. What did he do? He disrespected his father, the one man that God commended and spared—and the only reason that Ham didn’t end up sliding off a floating log into the deep like Leonardo DiCaprio at the end of Titanic.

And Noah began to cultivate the ground, and he planted a vineyard. And he drank of the wine and became drunk, and he was uncovered and lay naked in his tent.

And Ham, the father of Canaan, glanced at and saw the nakedness of his father and told his two brothers outside. So Shem and Japheth took a garment, laid it upon the shoulders of both, and went backward and covered the nakedness of their father; and their faces were backward, and they did not see their father’s nakedness.
Genesis 9:20-23 AMP

Did Ham know better? Based on the subsequent behavior of his brothers, I’d say he did. He knew better than to broadcast the state of Noah but he did it anyway. Ham had no fear and trembling about exposing his own father, a man who “walked [in habitual fellowship] with God.” The flood didn’t change Ham. It didn’t even instill a healthy fear of the God who judged the world, and then ended it for all but eight people…dramatically.

It is love, love, and more love that keeps the Light shining on us. Left to our own devices, we’re Ham. Every storm seems to pass quicker than it should, and we come through marked but fundamentally unchanged. Only one thing has the power to change us:

“The power of Christ’s resurrection and indwelling is the only force that has ever changed humanity, redeemed mankind. And that glory cannot be diminished. It is permanent radiance and it is open to every one who turns to Jesus unveiled” (#141 The Unfading Glory).

I remind myself of this when my pride rears up in discouragement over how much of a mess I seem to be. The Light saves and cleans and purifies and makes me wholly God’s. We are Ham redeemed, and that can be a pretty intense journey at times.

Thank you, Jennifer! Your transparency and candor is always so refreshing and the beauty of Christ always shines through you.

I loved this line: “the life of a disciple is extremely inhospitable to the delusion that repentance belongs to “others.”! Poignant!!

Let me add my gratitude to Sue’s in thanking you for drawing my attention to Martha’s series on “The Unfading Glory”! What a treasure trove!

Thank you Jen. I loved this one so much. Enjoying over you today…

Bless you for highlighting #141 The unfading Glory…..I could go back and re-read and feast on the following devotions of Martha Kilpatrick again. I need refresher courses all the time. “Left to our own devices, we’re HAM.
Every storm seems to pass quicker than it should, and we come through marked but fundamentally unchanged.”
Thank you LORD for revealing your “power of Christ’s resurrection and indwelling is the only force that has ever changed humanity, redeemed mankind.” What a blessing and challenge you presented today, Jennifer.
Thank you dear one.

“The power of Christ’s resurrection and indwelling is the only force that has ever changed humanity, redeemed mankind.”