“Christ in you the hope of glory” and “Not I but Christ” are two aspects of the same reality and revelation. It’s so high! Paul’s ministry and message was a steward of this revelation: The Mystery. And few there be that find it, so very few. And even in those who receive the revelation of this Mystery, so many find it difficult to actually live IN Christ. It is not a revelation for the faint of heart, because it calls for the complete eradication of everything I hold so dear—my self.

A Picture of The Mystery 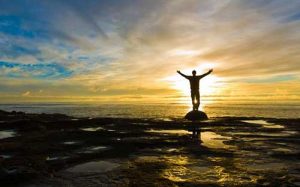 I have been pointing towards this revelation for years. Yes, I return to “Christ’s life as my life is His life in my life, and that’s not my life as His life,” over and over on this blog. And while I have passionately discussed it, I always want another living parable to touch the heavenly reality. I’ve prayed many times to the Lord, “Give me an easy picture to reveal this!” Things like the Hand and glove have been ways to show an earthly example that describes the heavenly reality. Well, the Netflix series The Crown has been just another visual picture for me in this endeavor. My prayer is that the Spirit will use it for you as well.

In The Crown, both King George VI and Queen Elisabeth II were presented with a dilemma about Winston Churchill. Anthony Eden, the Foreign Secretary, came to both of them individually and privately, at different times, to implore them to persuade Churchill to step down. And neither of them took the bait, no matter how sorely they were tempted. Let me show you how this interaction relates to our own Christian life.

Anthony Eden was tempting the monarchs to rise up and take up control. Craftily, he wanted them to abuse their power by exceeding their authority. I showed in my last post that the governmental structure of the United Kingdom makes their monarchy constitutional not executive. Eden was entreating each of the monarchs to call back upon their pre-Crowned nature. For King George, Eden desired him to leave his position and authority as King of England and revert back to his Prince Albert nature. The King would have to betray himself and God to do what Eden wished. Here is a transcript of the interaction as presented in The Crown. I think it is brilliant!

Eden (speaking of Winston Churchill): Much of this is just a function of age. He focuses almost entirely on issues relating to America and the Soviet Union, so important domestic matters are falling behind.

King: What do you suggest I do?

Eden: Well, as sovereign, of course, there is nothing you can do from a constitutional standpoint. But as a friend, as Albert Windsor, you are the one person I can think of to whom he might listen.

King: Well, that is where we have run into difficulties, I’m afraid. I no longer am Albert Windsor. That person was murdered by his elder brother when he abdicated. And of course, Albert Windsor would dearly love to say to his old friend Winston Churchill, “Take a step back, put your feet up, let the younger generation have a go.” But he’s no longer with us. And that void has been filled by George VI, who it turns out is quite the stickler, and would no more allow the Sovereign to interfere with the Prime Minister than stand for office himself.

Eden: Even when it’s in the national interest, Sir?

King: The reason I agreed to grant you an audience was not to hear your grievances about Mr. Churchill, but to communicate mine about you.

King: The PM will step down in time. And until then, as Sovereign, I do have the right to be consulted, to encourage, to warn. It is better to be patient then get what you desire, in the right time, and have high office thrust upon you when you’re not ready. I speak from personal experience.

Tempting Me from the Mystery 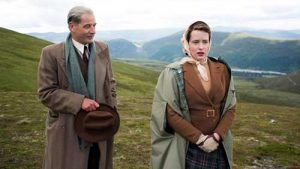 So how does this relate to our individual lives and destinies? Satan does this very thing to us as well. Regardless of the vessel our enemy uses or the circumstance, this same interaction is perpetrated on us, too. The devil so desires to get the soul worked up, so that we will come out of our graves and live in our old nature, essentially quelling our destiny. I died to that old nature, and for me to now revert back to it, would resurrect all that the Cross of Christ killed through my salvation and rebirth. The consequences of living in the old nature (the self) are disastrous. Essentially, it facilitates the goal of the enemy, to steal, kill, and destroy the Life of Christ in me. A risen self is a killer of the resurrected Life of Christ in us.

In this beautiful depiction of the monarchs, we see how the royals must die in order to become royalty. To become an anointed King or Queen, you have to die to your old life. Prince Albert and Princess Elizabeth died at their coronation. God Himself crowns the head of a royal, essentially killing the old life to preside in the new. In this light, King Edward’s abdication was more honest and true than we might like to believe. He had no intention of embracing his death. At least he was honest enough to abdicate rather than becoming a fake. How many in Christendom live as crowned abdicates? Gulp!

Again, I thank God for yet another snapshot to reveal The Great Mystery. I pray it helps you, too. Personally I am becoming rich and my heart increasingly challenged. I am not done with this. I feel like it is a Lazy River with a Life of its own. There’s a new point I’m aiming at, let’s see if I can hit it in my next post.

Thank you for revealing Satan’s strategy to draw me away from the Life of Christ in me as me. That is the real killer! Also to keep the Body from this wonderful exchanged Life. Narrow is this gate!

I ran across “The Crown” quite by accident some time ago on Netflix and was immediately taken (binged I did!) Something I continually noticed about the young queen – she never hurried into any decision. Often I would react ‘for her’ as she reverently pondered a situation.
So much can been learned from the examples set before us in this series. I appreciate the views that you are all sharing with us. My mind doesn’t always go the extra mile to see the deeper meaning until someone else points me in the right direction.
Blessings and Love.