In one of C. S. Lewis’ books, a group of dwarves believed they were in a barn eating a paltry meal. In reality, they were in a palace at a scrumptious banquet table. They allowed their belief in a lie to control and shape their lives.

I was just like those dwarves. When I was a child, I believed the lie that I was all alone, that there was no one who cared for my welfare. But the Lord was there. He was with me every step of the way and He was pointing me toward His call on my life. I just didn’t believe He was there.

Are you with me? My resistance to the Lord was the cause of my suffering. I caused my own suffering!

My Lie had to Die 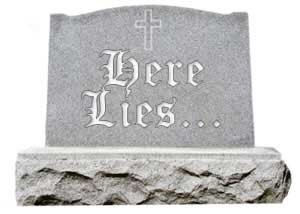 I am so grateful for Martha and the Shulamite body. Had it not been for their love, prayers, and confrontation, I would still be living in my lie. I believe that confrontation is love of the highest order. Because of their involvement in my life, my eyes were opened and I saw God. And when I saw Him, I saw my lie. When I saw God, I embraced Him, embraced His will, and embraced my aloneness—and my lie was cast down. It was not “a” lie. It was my lie, because I fed and nurtured it.

God trained me from birth to be alone with Him. This doesn’t mean that I am not involved with people. Because of my connection with God, I can now connect with people in a new and fulfilling way. My belief in my lie kept me from any meaningful connections.

All along I fought God, thinking I knew better. I have found that this place of aloneness with Him is not restrictive but wide open. I have no words to describe His liberty in me.

From “Who Am I?” by Casting Crowns:

Confrontation is the highest form of love. Wonderful words spoke volumes. Thank you.

Thank you Jacquelyn! Such honest truth from a heart that loves him so. I praise the Lord for the revelation He has given you and for the love of the Shulamites who love you and walk this journey with you. I too give you a big hug from my heart to yours.

Thank you. This is precious and vulnerable and true.

Dear Jacquelyn, I was so moved by your story and I thank you so much for sharing it. There is no greater devastation that can come into our lives then the devastation of believing the lies of the enemy. Thank God for those who lovingly confront us with THE TRUTH and when we know the truth, the truth sets us free!

Amen Gaby and Sam!!! Tears and joy and love to you Jacquelyn. I am a little slow, I had to go back to the picture of tombstone to get the message : here lies (the lie) So with you in rejoicing in the confrontation of love from Martha and the Shulamites: “I believe that confrontation is love of the highest order”
Thank you LORD for this precius dear friend and bless her for sharing this beautiful post.

a truth to treasure .. thank you .

So beatiful… thank you Jacquelyn for sharing and showing up this intimate work of love.

Dear Jacquelyn, thank you so for your honesty!!
“God trained me from birth to be alone with Him”: that has also been true for me; and has been connected to many losses:of family-members, of friends, of church…I so well know that place of rebellion against the feeling – not the reality – of “being forsaken” and “standing all alone”.Took a while to see: Can there be a deeper care on earth than by the God of all universe?
Send you a big (cyber-) hug !