As I stated in my last post, if you were one of those ones found and called from the highways and byways, it can be hard to accept you’re now a part of a Royal Bloodline. Often thieves and prostitutes, who have lived in shame, have a struggle to believe in something so good. But the reality is that a royal is never royal by elevation according to merit; they’re royal by inheritance. As I said previously, Prince Harry didn’t choose to be royal, he just was through birth. And all of us who are truly born again are likewise Royal through rebirth. We have God’s Royal Blood coursing through our veins, not by merit but by His grace and choosing.

The master said to the servant, ‘Go to the highways and back alleys and urge people to come in so that my house will be filled.  Luke 14:23 CEB 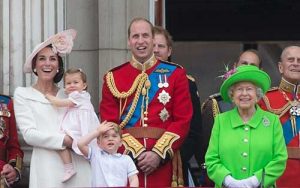 The word merit is shocking. How often have I not taken my place as royal because I simply didn’t feel I was worthy? Can you imagine Prince William saying, “I am so sorry, I don’t think I can be royal. I’m not worthy!” We’ve seen members of the royal family act horribly, but did that prevent them from being royal? Certainly not! Their royal blood was given to them through birth, not by merit, and our Royal Blood came the same way.

I didn’t do anything to earn (merit) my Royal Bloodline. God didn’t look down and say, “Hey, that one’s doing a great job, let’s bring him into the family.” Quite the opposite was true! He could have said, “Hey, get that one there, he’s least likely to succeed based on any of his merits.” “Yes, choose him, he’ll make the Royal name proud!” Nope, my choosing was simple grace and love. I did nothing to merit a Royal Bloodline.

But with all this said, I am called to be princely. I am a prince of the Most High God of a Royal Bloodline. I am called to live in the dignity and humility that this rank deserves. And because none of this came from my own merit, it’s easy to be dignified. My temptation is to live beneath not above my station. Like Abigail, Naboth’s wife, it’s tempting to see yourself through the eyes of your past. 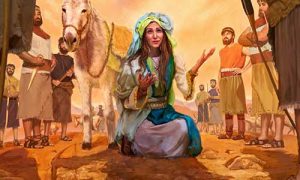 Abigail was brought into the royal family of King David. Sure, he was in the wilderness rather than the palace, but still he was anointed and appointed as king. She was made a queen by his choosing, but she never could leave Naboth’s opinion of her. She lived beneath her station as a servant, not a queen. Abigail was royal through marriage but not royalty by position. She didn’t live in the rights that were conferred upon her.

How might I behave like an Abigail? By failing to live as royalty. I am called to take the position of a prince and priest. Not to lord it over others or flash it like a badge, but to live in the dignity and humility of my place. I represent The Royal Family and I’m a member. Not only am I Royal, I am also royalty by choice. I have chosen to take up my responsibility as a priest and a prince. This is the truth! My Abigail-reality died when I was reborn into The Royal Family. To still live now as if I were the common man I was on the highways is foolishness.

For it is by free grace (God’s unmerited favor) that you are saved (delivered from judgment and made partakers of Christ’s salvation) through [your] faith. And this [salvation] is not of yourselves [of your own doing, it came not through your own striving], but it is the gift of God; Not because of works [not the fulfillment of the Law’s demands], lest any man should boast. [It is not the result of what anyone can possibly do, so no one can pride himself in it or take glory to himself.]
Ephesians 2:8-9 AMPC

I grew up playing in an alley…it’s a non-descript place, kind of no-identity place, that stamps you with an identity. And I was called from a back alley. I did everything to not merit my Royal Bloodline…while trying to merit it! Oh how ‘merit’ shouts its demand all around us… Thank You Jesus, for Your Grace & Love that brings us to “leave our father’s house” to enter Your Family of the Royal Bloodline. May we not hold ourselves or one another to ‘merit’. It’s All Grace. Royalty is recognized wherever they go…it’s the Bloodline that delineates. What is Real… Read more »

Thanks for posting this, John, because I was one of “those ones.” One of the scriptures that the Holy Spirit brought to me for salvation is Matt 9: 12,13: “Jesus heard them and answered, ‘People who are well do not need a doctor, but only those who are sick.’ Go and find out what is meant by the scripture that says: ‘It is kindness that I want, not animal sacrifices.’ I have not come to call respectable people, but outcasts.” (At the last sentence I could rejoice and say, “Hey, that’s me!”) I praise God that now I am one… Read more »

Thanks John! How fascinating to look at things this way. Love it!