Today I wanted to repost a message I found from a few years ago. Because of some contention with my Disturbing the Peace post, I went looking for what the Lord has told me in the past. I really hope you enjoy this message about the media and our Most High God. It was further confirmation of how He is leading me.

Whose voice am I listening to?

You know, there’s someone who is trying to lead us. It isn’t accidental, it’s quite purposeful. They desire to motivate us, guide our decisions, and direct our activity. Just like a shepherd, huh? But it’s not our Shepherd…it’s the media. 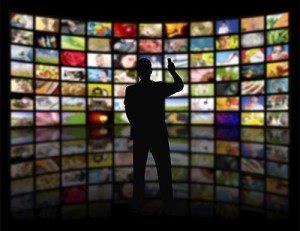 I am more and more aware of the media’s voice in my life. Whether through a talking head or a simple reporter, there’s an attempt to sway my worldview. The problem with this is, I have a Shepherd. God is my Shepherd. He’s the owner of my thoughts, director of my choices, and Lord over my views. His voice is the only voice that matters, every other voice is just competition. And boy, are they competing! Daily and even moment by moment, if I will allow it.

The behind-the-scenes purpose of the media is to sway not inform. They’re selfishly motivated to vie for the opportunity to color my vision. But as a child of the Kingdom of God, my allegiance must be to One Voice.

This doesn’t mean that I remain ignorant and blind to current affairs. It just means I must hear His voice even as they are speaking. It’s a loyalty to Him over any other!

Media Got Me Angry 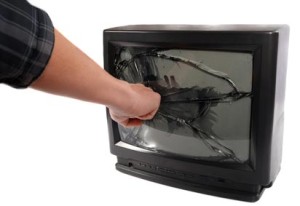 This really came to light with some news I heard recently. I got so furious! I was incensed at what was being reported. And to be perfectly honest, it may have been colored with extreme bias, but I heard it and was angry. Then the Lord kindly tapped me on the shoulder and said, “Shhh, I told you!

I don’t want to expose what I heard, as I don’t wish to perpetuate this anger. The Lord gave me a very specific word that He has need of our leaders. This being said, all my fussing and fuming is pointless at best – or more likely rebellious – and pulling me from being in agreement with God’s will.

Daniel’s Response to the Media 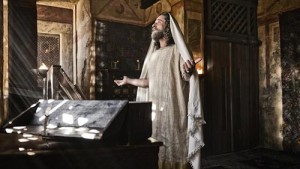 When Daniel was taken to Babylon, he didn’t appear to moan and groan. The Lord spoke of the exile to come as well as what would happen if Israel resisted. Those who resisted were killed, and Daniel was given a place in the counsel of the Most High. If I stand opposed to the Lord’s expressed will through our leaders, when He has specifically told me He was doing something, how foolish am I?

All my objection, aggravation and involvement is just frustration I don’t have to endure. It’s a self-imposed stress that I don’t have to bear. It’s listening to another’s voice in matters above my pay grade. The real problem isn’t that “this knowledge is too great for me,” it’s that another’s voice has sway of my thoughts and heart.

As children of God, we will be informed by the Spirit of His movements in our world. “When the Spirit of truth comes, He will guide you into all Truth. He will not speak on His own but will tell you what He has heard. He will tell you about the future” (John 16:13 NLT). God Himself is my news reporter, dividing the truth from the rhetoric. As per this scripture, He will tell me what I need to know when I need to know it.

Shutting Down the Media 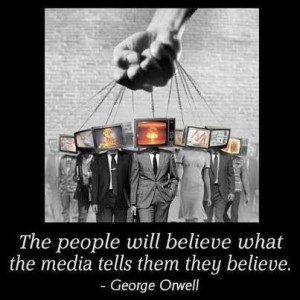 So does this mean I am going to be a news teetotaler? Will I be turning off the boob tube and XM radio? No, though I probably will curb the quantity of my ingestion from the media outlets. But more importantly, what I will not do is wrestle in my soul with what I hear. I choose to let God define what I hear by what He is doing, rather than what is being stated. My desire is for His voice to translate current events. I choose to be shepherded rather than led. I’m choosing to be like Daniel in the counsel of the Most High. I want a Kingdom view in mind rather than the temporal happenings of this passing world. I am a sheep of His pasture, not a pawn of the masses.

I’ve slapped down the paper, calling it propaganda; & I’ve rehearsed my anger over things. In my frustration I can go off in a corner…even while still walking around. We can only listen with an open heart. A closed heart will bring loss. Thank God (& you John!) for the ways He lets our heart know things are not as they should be. We are meant to be unentangled, not distant. A heart disconnect is resistance..to God! Daniel had a connect to God, yielded in being placed by God. He worshipped God in His purposes, a true ‘Let’. “Don’t be… Read more »

Good word, John. Even before I read this, I’ve been thinking about your last post on this topic. I had to get out of my “well, this [and you know what I’m referring to] isn’t as bad as that” attitude and feeling quite content (and justified) more than hearing JUST His voice; discerning His views, His heart. Preachers or not, they’re still people. . . only One on the throne.

I am choosing, with you — and thank you for this wisdom, “to be shepherded rather than led.

Bless you and thank you Pauline! Glad you’re with me following rather than being led. So crucial isn’t it? Love you!

Thank you JOHN, for these posts on shutting down the chatter that would clutter my mind and spirit from what the LORD would have me hear from The Shepherd who loves me and knows what I need to know. I especially love your “all my objection, aggravation and involvement is just frustration……I don’t have to bear. above my pay grade.” Reading MK, Get Along with God, the Podcasts have been my life-lines during a very intense time of God’s dealings with me. I am so grateful and give HIM Praise for HIS speaking through all these venues. Much love to… Read more »

Love you too Sue. So pleased they’re helping you. Looks like I have had this subject swimming about for a number of years. I think it is crucial for living in our times. It isn’t as if the sway is going to lessen. Then Jesus said, “Believe me when I tell you that anyone who does not enter the sheepfold though the door, but climbs in by some other way, is a thief and a rogue. It is the shepherd of the flock who goes in by the door. It is to him the door-keeper opens the door and it… Read more »

Thank you, John. That message is very freeing

Because truth is a person and His name is Jesus we will always know the truth that He reveals if we stay connected to Him ; the Holy Spirit is the interpreter of His truth. Living in His Kingdom being fed from the tree of life is such a safe fortress. He will never speak to us from the tree of knowledge of good and evil . Only❤️To❤️

So greatful for this blog
Love to all of you

Amen!!! I myself have had to keep a monitor over how much I allow the media to have a place in my day. They do tell us many things that aren’t accurate representations of the real truth but if we stay connected to our Lord through initiate worship and his word he will let us know which things are true to hear and prick our spirits with red flags or tune us out to those things that aren’t truth. Media can serve a purpose at certain times but your are right in that tit shouldn’t govern us or our time.