Judas attempted to force Jesus’ hand by making Him become a political ruler. Judas wanted support for his zealot ambitions. “Son of God” wasn’t sufficient; he wanted a savior for his political agenda. Judas desired Jesus to overthrow the ruling Roman occupiers and free him (oh, and the Jews too). His betrayal of Jesus with a kiss of death was more about control of Christ’s purpose rather than greed for a meager 30 pieces of silver. He believed that if he set up the circumstances, Jesus would be forced to take His rightful place and oust the Romans. 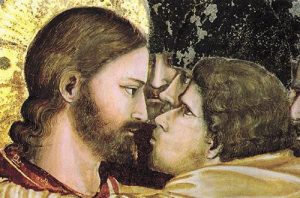 Judas Iscariot was a zealot, a political militant bent on governmental change. His zeal and passion was for liberation through regime change. He wanted his now reality to change NOW, and Christ’s political inaction was obstructing his political ambitions. Judas would attempt to move the pieces and players to align with his agenda. Of course, it didn’t work. Judas’ focus was consumed with temporary earthly government rather than eternal Kingdom rule. Though he would fulfill his earthly purpose to betray the Son of God, his worldly agenda would be thwarted.

The Media – Kiss of Death 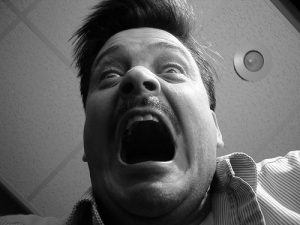 Why am I on this subject? Not unlike what Judas did, the media is trying to force our hands. Through a barrage of distractions and reported crises, the media would have us align with its agenda and ambitions. “You must focus on this temporal crisis; it is your only hope!” This agenda is opposed to following Christ to seek His Kingdom rule. The media kisses us daily, and sometimes many times each day, to capture us to their ambitions.

During the many times we have visited Israel, we see something very clearly: an imposing of identities. Scattered across the Land you see remnants of each attempt. Whether Roman ruins, western influence, or religious structures and ideologies, Israel is under assault. The onslaught against the Hebraic identity has always been prolific.

Today’s post is not about what this means in the grand scheme of things. This message is more about bringing it closer to home. It’s a warning lest others impose their identities on us like a conquering army. 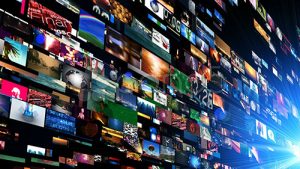 It is easy to be susceptible to the whims of another. And it’s especially true with the wide birth of informational access available to us. We have an information super highway flooding us with many desires to influence. And why? For what reason are they attempting to gain access to how we see things? Access leads to our hearts, which directs our lives and forces our hand. This is why it is like the Judas kiss of death. Judas’ kiss was a betrayal of Jesus’ Life, purpose, and calling. Judas’ agenda was temporal and selfish, while Christ’s was ever eternal and with the Father.

All the powers out there are trying to gain our temporal attention, motivated with a desire to control our lives and thoughts. During no time in my life have I ever seen it be so loud, so prevalent, and so constant! I don’t know the season in which we live, but the end of the age will be the most informationally-rich era man has ever known. And the access to that information will be easier to get than any other time in history. With all of these avenues of communication, we must keep our ears closer to the chest of our Shepherd. It’s far too easy to just get swept away in the torrent of noise.

The betrayer had given them a sign; he had said, “The one I kiss will be the Man. Get hold of Him and you can take Him away without any trouble.”
Mark 14:44 Phillips

In my next post, I will go into our predilection for knowledge. We love facts and information, but there is only one way we can live intelligently amongst them all.

Good word John. I look forward to your next post.
“Causes” “Good Causes” are man’s agenda, not Christ’s.

Information is power, it is control; and control is what tempts.
Temporal reason wants to usurp the eternal mind of Christ.

Well said Bruce. “Information is power, it is control; and control is what tempts. Temporal reason wants to usurp the eternal mind of Christ.”
Reminds me of Lord Acton’s quote, “Power corrupts; absolute power corrupts absolutely!” Man values knowledge so much that it makes us the absolute slaves of those wanting to use it to control. More fruits of the Tree of Knowledge.

Thank you John for this insight that cuts through the barrage and brings all back to be centered in and out from Christ.

All else is death isn’t it?! Christ or death. Bless you Linda.

As I watch or listen to the explosion of secular media information – regardless of topic – there is a calm and peace present and if not, it’s only a prayers breath away. God is ever faithful. For me, Christian media, well I’ll just add this; I must remember to test the non-secular bombardment of information as well. During the months prior to this last presidential election I ran across a few Christian media outlets (actually more than a few but some were blatantly false and easily got none of my attention) I thought worth entertaining. So for about a… Read more »

Wow Tammy, that is what it is isn’t it. Following! You follow the news, Yikes! Your story reminds me of Martha’s experience when praying during the Gulf War. If you remember, she heard all the “prophets” and media outlets declaring that thousands and thousands of our boys would come back in body bags. That it was going to be a slaughter, which it simply was NOT! Anything or anyone that affects His peace in me is not for me! Beautiful Tammy. I am gonna stay following the Shepherd and not the media. He can feed me from their “info” if… Read more »