By Gaby, our dear friend in Austria

When I read Jennifer’s blog about her dogs – “two challenging lives depending on her” – and how all of this was the Lord’s design to get her view off herself, I remembered His hand in my life to reach a similar goal.

As a child I had grown up in a remote area next to the “Iron Curtain.” After my twin brother died when we were five, I was very much alone. My life as a mother started in a Christian community neighborhood and it drove me crazy. I still remember the worst of all days, when 11 times someone would walk through my living room to the office in the basement, each time awakening my 3-month old baby. Three years later, the office had moved and we were a family. I was happy and relieved.

Our community was in contact with a lot of ministries, within them a group trying to help women considering abortion. We were contacted about one peculiar woman, a journalist in the process of writing her thesis and doing her last university exams, who had become pregnant right then and was in a panic.

Having suffered greatly as the oldest child from the divorce of her parents, she refused to marry, did not want to depend upon her partner, and she was in great fear to lose her chance of a promised job at a newspaper. Basically she did not want to abort the child. But she said she would not dare to have it if she had to stay at home. So she was looking for a mother to take her then unborn baby into daycare as soon as the legal maternity leave of eight weeks would end.

In our neighborhood, we had some fairly experienced mothers. Some had three children, some had four, and all did a good job. I supposed one of them would take the little girl.

From the experience of a very dominating and difficult father, as a teenager I decided to go to education and independence. I simply loved doing Biology after high school, the mixture of being out, laboratories and lectures. I was fascinated, went into research, and enjoyed it deeply.

Then I got to know the Lord and understood that my concept and His were a bit different. I saw how much He cherished life and that I had to care for the children He called a “blessing.” But when I was pregnant with my first child, I was deep in fear that I could lose all I had fought for.

The Dilemma of Mary’s Child 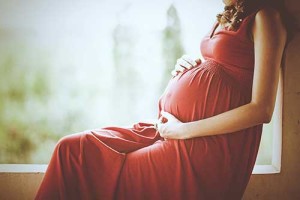 When my daughter Hannah was born, she was very active and slept little, but she was also happy and charming, and my heart melted. Our first time as a family was not easy (see above), but when I finally met this woman, let’s call her Mary, I was quite relaxed.

It turned out that none of the mothers next to me would do anything about Mary’s child. I knew I was the least of all of us who could do it, but no one else would and Mary and I had become friends. To save her baby – and her – I finally said yes.

The very next day I read in the papers that the department where I had written my thesis had announced a job for research. Only half-days, too! And I knew if I applied, I would be the only candidate with a PhD. The dream of my life was at hand. Hannah would easily stay at a kindergarten and love it, and I could have both: a child and my beloved work.

I was shocked, stunned, and then mad at God. I knew that if I told Mary of this opportunity, she would understand at once. But had I not spoken to her about my own difficulties and how my perspective had changed and how I had learned how irreplaceable and precious such a life was? I wept myself through the next two weeks, and when I learned there was still no other person, I held to my yes.

Mary’s little girl was born and she was beautiful and sweet. One morning eight weeks later, she was part of our household. And a nightmare began.

I had had NO idea how much children stick to routines. The baby cried for two hours before I found out that her parents used to feed her while leaning on a cushion, whereas my baby was fed while lying and playing with her toes. Things like that, literally! Every day felt like a maze I tried to find my way through. It was really difficult.

I gritted my teeth and we got along—somehow. Until there came a day when my own easy-going, lovely daughter became truly rebellious and aggressive toward both me and Mary’s baby. She had had enough of an exhausted mother with no time, no energy and no more nerves left. On that day, it was like something “clicked” in me.

How God Loved this Child 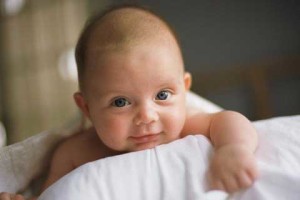 Can you hate a few months old baby? Yes, you can! At least I could, as she had turned my life upside down. And I can honestly say that I never, ever had been so shocked about myself. Now I knew who I really was, and what I was capable of. I ended up in a deep repentance. And since that day, my illusions about my old “self” are completely dead. It took me a long time to find out how I could change, but I never forgot how much I need Him!

And the most unbelievable thing: The Lord took all my mess and made it a blessing. I never went into science but in His own time, He threw a job into my hands where I could use all I had learned, including motherhood.

Mary became pregnant a second time and stayed home to care for both children. When she was due with her fourth, she called me, laughing aloud into her phone, that none of them were planned. And she also asked me a question: “May I invite you to my marriage?”

Thank you Gaby, so much. My earthly father was a murderer and I am no better than he. Totally capable of the same and more.

It is easy to hear of a situation like Mary’s, then say ‘well I would have handled it better, I would have taken responsibility, I would have…etc.
What a blessing when he brings the cross and lets us see who we really are! Thank you for sharing this beautiful illustration of God’s perfect plans to reveal Truth and life.

This brought wet eyes… and I am not easy at tears!