I have a question out there for God, and I want to share it with you. On Thursday and Friday of last week, I discussed the hatred that is becoming very prevalent. What would at one time be issues for discussion and debate now seems to be invitation for assault and abuse. I showed this in our U.S. political climate, how differing opinions seem to invite much wrath and fury. In keeping with this line of thought, today I want to discuss listening to another’s voice other than our Shepherd’s.

Why are you listening to another’s voice? 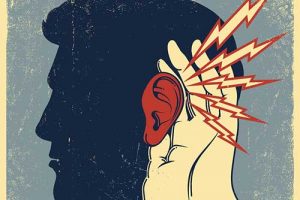 Last Tuesday, I started my day troubled and unsettled. There was a special election scheduled for a suddenly important congressional seat. It’s not even in my congressional district, but I had a troubling feeling in my spirit about the election. So I turned that uneasiness into prayer. Most of it was a dialogue about my desire to be on the page with God. I just wanted to be on His page, praying His will.

I believe that first and foremost prayer is about yielding my will to His. We’re not to dictate or demand our own wills, we are to bow our wills and listen to His. My job is to get my concerns and opinions out of the way in order to listen to His purpose and plans. I call this getting on the page with God. And this was my focus on this particular morning. How are you going to bring heaven to earth unless you know what is in heaven?

The day continued and my uneasiness started to subside. It never went completely away, it just lessened until that evening when it ramped up again. What was it that stirred me up again? Well, I listened to the media. Why didn’t I just listen to God? Why did I turn to another’s voice? Very good question!

The Lesson of Listening to Another’s Voice 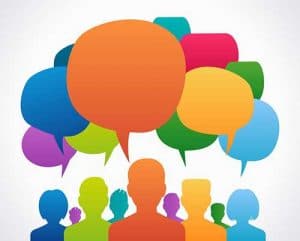 What is my lesson here? “Get on God’s page, pray His will, and then wait for His Will to be realized.” You would think I would’ve learned from our last election. But nope, I didn’t. I listen to the many voices with their own agendas rather than God who is THE agenda. And for doing such, I deserve any distress that I receive. God says, “My sheep hear My voice, another’s they will not follow.”

I woke up on His page about this congressional race. And I am not a big political guy. Remember, I don’t even live in this congressional district. But He was on it in me and I spent the time in prayer to get on His agenda. And then I listened to the many voices out there rather than staying with Him.

It’s very much like Nehemiah, and his enemies, Sanballat and Tobiah. Nehemiah just did it better than I did by refusing to listen to another’s voice. Nehemiah was a man who purposed to stay with God and be on God’s will. He refused all the naysayers of his day. He heard his God’s will and he stayed with God’s purpose and plan. Nehemiah would not be dissuaded. Wish I hadn’t! It was costly to my spirit and it rattled my emotions.

Another’s Voice: Balaam and My GPS

Weirdly, while I’m writing this post (through Siri), I’m driving through that very congressional district where this election took place. I’ve never been this way before but I asked the GPS to help me avoid Atlanta traffic and the recently collapsed highway. What’s the likelihood of this route? Kind of like Balaam’s donkey. The GPS was on task while I was on my way. At least the GPS could get me into the area that needed prayer…hehehe. My lesson? I am committing to stay on God’s page and not listen to another’s voice. God have mercy on me!

Often those “voices” are sitting next to you at church, in the car, at work, or while visiting with family and friends. I am always amazed at the peace within as I’m bombarded with raging comments and questions seeking to pull me into discussions concerning the political turmoil that surrounds us. Most of the time I have no thoughts (other than, “No, I’m not surprised.”) to offer. Which often only sets the talking heads off on another tangent. How does my non-response end up being more of an issue than what was being chewed up and spit out a few… Read more »

Truly a word in season. I too have listened to wrong voices and get discouraged. Thank you for the reminder HIS VOICE is the one to heed!

Bless you Wynona! I needed it so badly too. So many voices with so many agendas while only ONE is Life and Peace. Unfortunately it has been too easy to get diverted by the loud voices scream at me rather than sticking with His still small voice speaking to me. My choice is to stay ever closer.

No kidding!! And this is the God of unending mercy and patience whom we so thoughlessly and carelessly accuse of being unloving!!!

Wish it wasn’t true but alas it is a fact! We are unfortunately only one happening or circumstance away from circumstantial accusation of Him. Again, HAVE MERCY ON US DEAR FATHER!