Because Christ came and gave us everything we need for Life and godliness, He now requires His Provision to be used. The Life of Christ gave me something nothing else could: the actual Life to perform the Will of God. Imagine, Jesus isn’t just saying, “Hey dude, this is what I want, now go and do it!” No, Jesus Christ has not only made the way, He is the Way. His Life is my performance. This is foreign to some. I know it has been for me in the past. I thought the Will of God was just about me doing His Will. On the contrary, God’s expectations are on the Life of His Son, not my efforts to perform. Christ’s Life is my life, and my efforts are just blasphemy.

The Life of Christ vs. My Soul Life 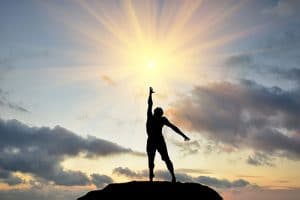 “Blasphemy is a mighty strong word there, John!” So why would I use the word blasphemy to describe our efforts? The first and most important reason is because that is what I heard our Father say, but also, it’s because it perfectly describes the offense.

Blasphemy is the act of insulting or showing contempt or lack of reverence to a deity, to religious or holy persons or sacred things, or toward something considered sacred or inviolable. My effort is simply my trust and faith in my own performance rather than Christ’s Life. It’s an insulting elevation of my attempts above the actual Life of the Most High. And now that His Life has been given to me to live my life, it would be foolish to lean on my struggling efforts. Above foolish, it’s an affront to my God who gave me that which pleases Him—Christ’s Life.

As an example, it would very much be like someone giving me everything I needed to get a job done. Yet despite that, I scrounge around in a dumpster looking for the tools I need. Yuck! His Holy Life is my life, and His Life is the only thing that satisfies the Father and brings Him pleasure. If you have read this blog for any amount of time or my newest book The Great Exchange, you would have heard this:

Christ’s life as my life is His life in my life, and that’s not my life as His life, it’s HIM.

The Life of Christ As My Life 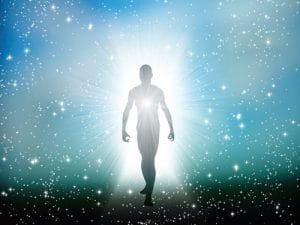 I’ve seen many over the years hear the Will of God, and then go on to perform it themselves. What this left was a huge trail of tears. The fruit of my life and efforts is death. Only Christ’s very own Life can perform God’s Will. The goal isn’t completion of a task; it’s the Life Source. He wants to be the Doer of all our doing.

My spiritual passion, zeal, and ambition can never be allowed to be the fuel behind my life. And even knowing the Will of God can never be a substitute for letting His Life perform it. Just because I know what He wants to do doesn’t give me the right to run ahead of Him to do it. Moses, anyone? When Moses performed the Will of God by his own life, he became a murderer. We, too, bring death with our performance.

It’s Nothing But The Life of Christ 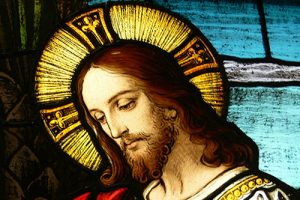 In the course of time Moses grew up. Then he went to see his own people and watched them suffering under forced labor. He saw a Hebrew, one of his own people, being beaten by an Egyptian. He looked all around, and when he didn’t see anyone, he beat the Egyptian to death and hid the body in the sand. When Moses went there the next day, he saw two Hebrew men fighting. He asked the one who started the fight, “Why are you beating another Hebrew?” The man asked, “Who made you our ruler and judge? Are you going to kill me as you killed the Egyptian?” Then Moses was afraid and thought that everyone knew what he had done. When Pharaoh heard what Moses had done, he tried to have him killed. But Moses fled from Pharaoh and settled in the land of Midian.
Exodus 2:11-15 GW

This is such a timely reminder that it is Christ in me. I am a mere observer to what He does. Yes, if I struggle to be God, I only produce death. It is freeing to give up and let go and let Him. No one comes to the Father, except through the Son, and that means receiving the gift of His very life. Even the receiving is His to do when He truly is my Lord. I can do nothing but gaze and it’s interesting: that’s not passive at all! He makes it all an adventure. John, this message… Read more »

It’s not only to know the Will of God, it’s to know the One Who IS the Will of God…to ‘be’…in the Will of God in the unfolding of His Way. HE is the One consideration…how undone i am…how pressing the days are, how we’re going in some ways where we’ve never been before. How Enough God is! I listen for His Will…but His Way is the breath in it. ‘To be in His hands’, this is the bottom line of His Will, where my heart settles into Him to watch His Way unfold…as you once put it John, ‘HE… Read more »

John,
I have read and heard many powerful words of yours, but This post may be the most profound statement and teaching you have ever given.
Oh my, I needed this as I live in my life as His life! Thank you. Blessings!

Wow Penny, what amazing words! Thank you so much for being willing to express them. You have made my day!

0
Reply
Sometimes Waiting on God is the Hardest Part - ShulamitePodcast.com

[…] I’m writing some notes about a situation I’m going through right now. And they seem to be very applicable. […]

Thank you, John — this really clinches something I’ve been fighting with in my spirit. For the last couple of months, they’ve been asking for volunteers in the nursery and teachers (with expectation, because there are no children in our place of worship, currently). In my earlier years, I was a nursery worker as well as, in a different church, a “Sunday School” teacher, and loved it — so there would be no problem with pursuing either of these positions. I just honestly don’t sense direction from the Holy Spirit (and I have asked) in those areas, presently, nor the… Read more »

Yes Pauline, I would not go out of the Spirit’s leading as this only results in devastation. I commend you for your willingness to live only by the Life and Voice. Just imagine, if you pursued a course simply because of guilt you could be robbing Him and yourself of somewhere else He wants to express His Life. Just not worth it. You are always a joy, God bless.

“If I do the Will of God in the soul, I’m in as much rebellion as if I had never done the Will of God at all.” John, how does one recognize the difference in themselves? I understand that “fruit” tells…however, we are not always witness to the fruit we bear. And often it’s a slow bearing tree. In the case of Moses, if Moses was filled with the Spirit, I would have thought that as “He looked around, and when he didn’t see anyone…” he would have been prompted or checked in his spirit to the point of stopping,… Read more »

I have the same question as Tammy

I’ve been working to finish editing the messages from the conference so we can get them out to you the first of next week. So I asked Martha to give an answer so there would be no further delay. I think you will like it. The question is great, but also it’s crucial. So much of Christianity lives by the soul and not by the life of Christ in the human spirit. I’ll give you a short answer and if you want more, I’ll write a post about it. Heb. 4:12 The word of God is living and active and… Read more »

Yes please, Martha, if God releases you to write a post on this, that would be wonderful! Thank you for taking whatever time He gives to share with us!