I’ve always wondered how Laban could tell Jacob that he had stolen Laban’s daughters and children. It was the voice of a legalist.

To my American sensibility, that’s obscene. This man worked for his wife/wives and had many children—of course all of it would be his! But something I didn’t realize was that there’s a custom and a tradition in the tribal mentality, which actually is backed up by the Law of Moses. When the Lord gave Moses the Law, He specifically said that if your slave comes into your service by himself at the end of six years, he will leave alone without charge as a free man. And if that slave comes in with a wife and children, he will leave at the end of the six years with them. But if that slave marries in the service of his master, the wife and children are by Law the master’s. (See Exodus 21)

How It Works with a Legalist 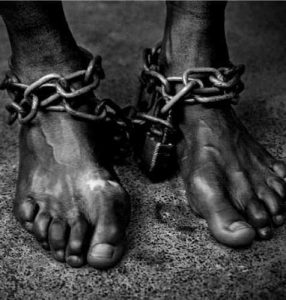 So by the Law of God, and even before the Law was given, Laban had the rights to claim Jacob’s wives and children as his own. This just blew me away. That was the tradition and Law but Laban had made another deal with Jacob. His agreement should have been his bond yet he attempted to break that agreement. According to the tribal tradition and the Law, Laban was right—legally right but morally wrong. This is usually how it works with a legalist. They verbally lay snares and traps to catch others with word craft and law. This is also why the Lord says, “Let your yes be yes and your no be no” (See Matthew 5:37).

The legalist is always looking for a loophole. A legalist always wants to enforce the law on others while finding the loophole for themselves. Tying heavy burdens with no intention of abiding by it themselves!

They make strict rules and try to force people to obey them, but they are unwilling to help those who struggle under the weight of their rules.
Matthew 23:4 NCV

I have met many a legalist in my day. Every one of them set traps to ensnare me within my own words. If I make a statement, then by God, I better do it. It seems the Lord Himself is the only one who can free us from this legalism.

The Word always has hidden examples to help us navigate through this life. It seems there is inevitably always someone in the Bible whose story speaks to mine, sometimes for my present situation and sometimes for later. I think I will pocket this one for later.

John, I was there. And you don’t know, when you’re in it, that there’s anything else. We had a godly pastor, the people we genuine and lovely people and we all played by the rules. Even as a single mom and without a car, was there every time the doors were open. It wasn’t until I met my husband 10 years later, that I (shockingly) heard about the Holy Spirit and the emphasis on relationship with a God I could actually know, other than the written pages. There had been plenty of Word, but no power, no Blood, no Spirit;… Read more »

Convicted and corrected. Thank you for bringing this word.

Ah ha John, I think you nailed it! “Every one of them set traps to ensnare me within my own words.” Love God’s ‘light’ that sets us free.