There is a storyline deeply rooted in our very beings. It is one that has been told over and over again, but the core is essentially the same. Though I will refer to this story in a science fiction setting, it is not confined to this genre. But I do have to say, it makes for amazing sci-fi. 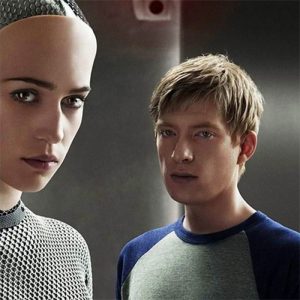 This story is found in multiple Gospels. Jesus gave it as a parable in Matthew 21:33-38, Mark 12:1-12, and Luke 20:9-18. Here is the Kingdom reality: One creates a creation, and then the creation turns on their Creator to kill Him in order to take back the power He has over them. Look at Skynet in the Terminator movies, Bladerunner and the rogue replicants, the machines in The Matrix, and Ex Machina with Blue Books’ female humanoid robot named Ava, and the humanoid robots created by U.S. Robots in I, Robot… Whether we are God conscious or not, humans inherently know the actual story of this life. We can’t escape the storyline because it is us. Oddly, the world usually is more keenly aware of its starkness, and that’s why these storylines are so true – even while not being directly about God.

This story is literally in our DNA. And we all have done this very thing to God our Creator. While these movies may be entertaining, the deeper meaning is that each of them reflects our living reality. It is inescapable, true, and will continue to be retold in the future.

Movies Speaking of the Kingdom 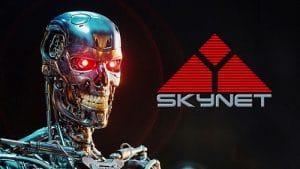 Why does the Lord let the godless in Hollywood be such an effective source of this message? I believe it is because they so powerfully communicate it. The reality is gruesome and stark, and sometimes we in the church don’t want to sully our pew-confined hands. And think about this, if you were trying to communicate a message to the unchurched, why not go to the highways and byways to relay this message? No, not everyone will make the divine connection, but the Seed is still sown into the hearts of the masses. And in due time, it can be harvested as a Kingdom reality.

We are murderers. We’ve been since the beginning. We sided with the serpent to gain power and knowledge over our Creator. We wanted to do it on our own, and the fruit of this choice has been death and destruction ever since. The good news is that there is Good News. The very story we so often relay in our movies has a redemptive side unspoken in its telling. We have an atoning Savior of all, who comes to bring freedom to our rebellious lot. Christ is the answer to this much-told tale, and one day we will all see just how faithful He was to us.

The Storyline in Multiple Mediums

Whether through stained glass, Dutch oil paintings, or the plethora of media options today, the Lord uses whatever He chooses to communicate His Gospel message. Jesus was willing to dine with the sinners to reveal Himself as Truth, and He’ll use even Hollywood to speak to the entertainment-fixated culture in America. Yes, it appears to be true, that even the rocks (or stony hearts in Tinseltown) will cry out and bring forth His Truths if we remain silent (Luke 19:50).

“The answer is out there, Neo.”

For sure! ? Love you Sandy!