I have lived in my opinion about the Queen and the monarchy for years. I have judged Elizabeth for being cold and emotionless. It was frightening to me how she responded to events like Diana’s death. But as I said in my last post that was only my opinion, and fruit picked from the cursed tree of knowledge. I repent for this arrogance, to think I have the right to presume an opinion as if it were reality. Let me show you what I am seeing in the series The Crown.

If “everyone must submit to our governing authorities. For ALL authority comes from God, and those in positions of authority have been placed there by God” then it is my job to bow to His Will, not judge it (Romans 13:1 NLT).

Kingdom Government has Permanence and Dignity 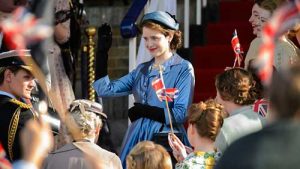 The government of the United Kingdom is set up with a Prime Minister and a Parliament, which governs and legislates laws. The British Monarchy, on the other hand, is a constitutional monarchy that doesn’t rule in a political or executive role. Their duty is to represent the dignity and permanence of the Kingdom. The Sovereign is intended to reflect the stability and life of the Kingdom, not the life of the royal. And fascinatingly enough, this is precisely our calling as Christians too.

The Crown Shows Permanence and Dignity

I see in this series how Elizabeth had to die over and over to her desires, wishes, and opinions. She was not afforded the right to indulge “self” and still be Royalty. Sure she could have gone the way of other royal monarchs but she did not. Why? Let me share with you a little more of the transcript from The Crown. This is a dialog between the Queen Mother Mary and Queen Elizabeth.

Elizabeth: I was listening to the wireless this morning where they describe this fog as an act of God. Now, in your letter that you sent me, you said, “Loyalty to the ideal that you’ve inherited is your duty above everything else, because the calling comes from the Highest Source—from God Himself.
Mary: Yes!
Elizabeth: Do you really believe that?
Mary: “Monarchy is God’s sacred mission to grace and dignify the earth. To give ordinary people an ideal to strive towards, an example of nobility and duty to raise them in their wretched lives. Monarchy is a calling from God. That’s why you’re crowned in an Abby not in a government building. Why you’re anointed not appointed. It’s an archbishop who puts the crown on your head not a minister or public servant, which means that you’re answerable to God in your duty not the public.”

The Kingdom – Our Call to Permanence and Dignity 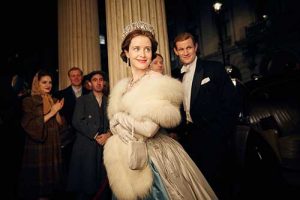 I am seeing our calling in this Earth. I am seeing that we are called to stand for the permanence and dignity of THE KINGDOM. That we will die and die and die to our opinions and preferences as we let His Crown speak in our lives. As we let His Kingdom’s rule reign supreme. You see, even though I live in a republic where I get a vote, I have no political or executive power. My life IN Him stands for our Kingdom identity, unity, and holiness. His Life in me is intended to give a sense of stability and continuity. I am here to bear witness to the victory and excellence of the Kingdom of the Lord Jesus Christ.

Queen Elizabeth isn’t cold. Elizabeth “Lilibet” Mountbatten is dead, and her life now stands for something higher than her own emotions, desires, and dreams. Queen Elizabeth is a living, breathing representation of the permanence and stability of the English nation. She can’t indulge the whims of even her female heart. She died when she was anointed Queen of England.

We too died when we were born again. We were anointed to let The Life of Christ live. We are not afforded the liberty of a self-life, that self is dead. The Life we now live is Christ in me. We too represent a Kingdom and we are answerable to God, not the public. The death is real!

I am grateful for the revelation of God to me through the series The Crown. It has been an amazing picture to me of just what is at stake.

“We were anointed to let the Life of Christ live…God’s sacred mission…” His beauty, seen, in Mary. (Matt.26:6-13) “…She walked right up to Jesus & in lavish gesture of devotion, she poured out the costly oil, & it cascaded over his head.. the disciples ..were offended. “What a total waste!” …”We could have sold it…& given it to the poor.” Jesus knew their thoughts.. why are you so critical of this woman? She has done a beautiful act of kindness for me… When she was pouring the fragrant oil over me, she was preparing my body for burial…” Oh, what… Read more »

Amen. Just watched that episode last night. My heart was riveted at the exchange you shared. Thank you so for sharing your insights with clarity and the beauty and wonder and majesty of the crucified life, and of The Kingdom of the Son of His Love. Asking and believing for this Life and the grace and courage to live it in Jesus’ name. Bless you!

I am grateful for your revelation also……I plan to also watch this series. I too have had an opinion about the Queen and I too confess living in the “tree of knowledge” about her reactions and actually, know that it isn’t just the Queen
because the LORD has shown me through all these posts that I have ‘loved’ the critical spirit. In Martha’s message of the month she shared that I can confess that sin that I love and HE will take it away. HALLELUJAH
Bless you all for these revelations.