I have been writing about Jonah over the last few posts. I am getting rich from an off-the-cuff comment by a pastor. What this pastor thought was a simple case of mistaken identity has become a rich source of revelation for me. So, thank you, pastor! Jonah’s life and God’s mercy over judgment is deeply blessing me.

Judgement and the Heavenly Man 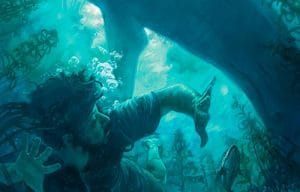 Martha told me the other day: “The whole process of becoming a heavenly man is in letting go of what God has already taken and giving what He is asking for.” Whoa! This was Jonah’s issue to a tee. Jonah was thinking rather than following God in the situation. And because his thoughts were his own, he acted as a natural man rather than a heavenly one.

It is so easy to think our own thoughts. We usually have a great commitment to what we think. And Jonah’s example displays how devastating this can be. “Stinkin’ thinkin,’ pew pew stink!” The good news is God is committed to get His man into His mind and out of his own thoughts.

I looked at the history behind the Assyrians and Jonah’s hatred of them but what I didn’t look at was God in the macrocosm. Understanding why Jonah would resist being a messenger to a people who brutally and grotesquely murdered his brethren is no wonder, but I have a wrench to throw in these works—God’s sovereign hand. Why were the Assyrians given way over the house of Israel to brutalize them mercilessly? 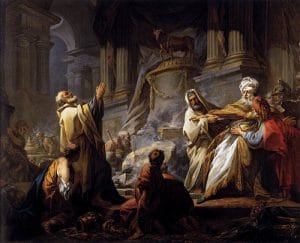 Well, here we go! After much rebellion against God, and not giving ear to His Prophets, The House of Israel was taken captive to Assyria (2 Kings 17:6, 18, 23). “The children of Israel had sinned against the Lord their God, which had brought them up out of the land of Egypt…and had feared other gods” (2 Kings 17:7). Israel abandoned all the commandments of the LORD their God. They made for themselves metal images of two calves; and they made an Asherah and worshiped all the host of heaven and served Baal. And they burned their sons and their daughters as offerings and used divination, omens and sold themselves to do evil in the sight of the LORD, provoking Him to anger. Yes, Jeroboam even made a northern temple to rival the Temple of God, so the people of Israel wouldn’t go worship the True God in Jerusalem.

This is a litany of sins. The northern Kingdom of Israel had turned their backs on God. And God used their enemies to scourge them. It was His judgment of the nation. And Jonah’s thinking of his own thoughts about this caused him much trouble. He followed his thoughts in two ways: one, in his bitterness with Nineveh for their cruelty, and two, in anger with how God chose to judge the House of Israel. This is a side of God most wish to deny. But God does circumstantially use things to judge and chastise His children. He is sovereign!

Judgment Starts in the House of the Lord

And before we throw any stones at Israel’s waywardness, we must remember that we currently live in a nation who has most quickly turned our backs from God to follow other gods. This should make us shudder. If the Kingdom of Israel was not spared, how can we believe that we might scooch under the wire? Though we might not wish to believe in the wrath and judgment of God or in His sovereign use of destruction, it is real nonetheless.

In my next post I will explore the wonders of the sign of Jonah, but I felt like I had to go here before proceeding. It’s a side to the story that many miss but its lessons are crucial. I want the full riches of Jonah’s amazing story.

John? How much does living altogether forgiven have to do with Christ living my life? Or are they one and the same?

What I mean is that it seems to me that when one is living altogether forgiven, what would be more of a struggle most of the time, to let Jesus live my life, would actually open the dam and His life would become a natural flow…

I would send you one of the books if they were printed today. We are at the tailend of the editing and formating. This book is very large. We have to make some decisions about it this morning. It is almost the size of 2 Chariot of Fires.

You have made some good points! For sure Christ as me has much to do with it. But you will be amazed at what this book reveals. Please pray!

Then the dawn is about to break…

I’m currently reading a book that mentions what you’ve posted here “…they made an Asherah and worshiped all the host of heaven and served Baal. And they burned their sons and their daughters as offerings and used divination, omens and sold themselves to do evil in the sight of the LORD…” in comparison to our country.

I do believe God is trying to get His point across – especially to those of us who claim to be His.

He calls me to prayer for repentance and mercy…my heart breaks for Him.

What is the book?

I think we are being given such amazing grace even as things turn south. I stand with you in your prayer. Love you Tammy!

The Paradigm by Jonathan Cahn