“God would never!” But in fact, He would!

I will destroy you, Israel; you have no help but Me.
Hosea 13:9 HCSB

Many of us believe with all our hearts that God would never hurt us, but in fact He will! Let me prove it to you.

Israel and the One True God 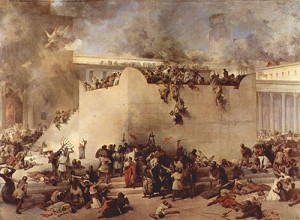 I recently watched a video on the Israel Video Network about the history of the Jews. In it they cite the reason for Jewish persecution: their righteous stand for the One True God. Well, this is in part true; it’s about the One True God, but it’s not about their righteous standing for Him. History and the Bible both reveal that every time the Hebrews turned their backs on the One True God to follow their idols, they were led away and annihilated. As a direct result of their turned backs, they suffered the fury of hell, because hell was what they were choosing.

Israel has been crushed and persecuted repeatedly from one generation to the next in the most horrific and terrible ways. Of course, a God-hating world will always violently react against a God-chosen people, but is this the only reason? Are the Jews persecuted only because of their stand for a moral code under the One True God? History would reveal there’s another source for this endless fury—God Himself.

When a man’s ways are pleasing to the LORD, He makes even his enemies to be at peace with him.
Proverbs 16:7 NASB

Abraham and the One True God 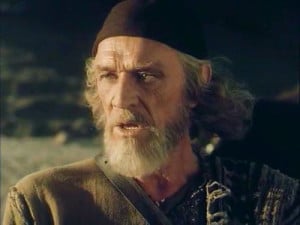 The seed of Abraham doesn’t always maintain the values of Abraham. A man named Abraham required God as his vital necessity, but some of his children…well, don’t.

Isaiah foretells the downfall of Israel at Assyria’s hand, which is seen in 2nd Kings 17. Isaiah predicts that the Babylonians will carry the Jews away. We see this actual event in 2nd Chronicles 36 and Daniel 1:1–2. Over and over the Word shows God’s warning, and then the result of His people not heeding this counsel. Hosea speaks of Israel’s idolatry and in Chapter 5 of Hosea, the Lord even compares her to a prostitute. Israel is a living-breathing lesson for all of us for what gains God’s favor and what loses it.

Some might say, “But isn’t God good and full of mercy?” Yes, God is good with exceeding measures of mercy, but He is also HOLY. Our One True God is not only true because of actuality, but He is True because of His unwavering trueness. He is the Holy One of Israel. 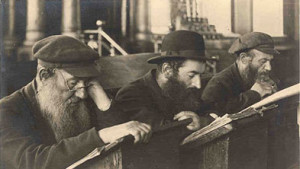 I don’t write this to besmirch the name of our elder brothers, the Jewish people, but rather in order to exalt the King of Kings, the One True God. The Jews are His chosen people to teach us what it is to be chosen, and what it is to resist that choosing. The most blessed and cursed people the world has ever seen. As we follow behind them, we too have a choice ever before us. We can follow their transcendent footprints or wallow in the mud of their pitfalls.

But Yahweh is the true God; He is the living God and eternal King. The earth quakes at His wrath, and the nations cannot endure His rage.
Jeremiah 10:10 HCSB 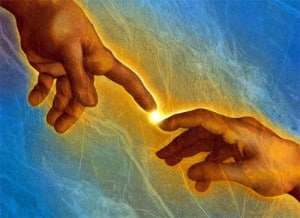 Our Father is Holy and unchanging; He’s the One True God before whom none can stand. We count on His goodness to lead us into repentance. As the One TRUE God, He will always remain true and faithful to His covenant, even when we fail to. Though I’m forever grateful that the Jews carried the Testimony through the ages, I must remember that they have remained present throughout the ages because of Him who has chosen them, not through their own merit.

I will make you into a great nation… I will bless those who bless you, and curse those who curse you.
Genesis 12:2–3

God must be true, even if everyone is a liar, as it is written: That You may be justified in Your words and triumph when You judge.
Romans 3:4 HCSB

* Martha’s present devotional series, Rule and Reign Like Daniel, reveals a man living in the time of God’s judgment. Though affected by the judgment of Israel, Daniel remained faithful to the One True God!

John, your post reminded me of the following scripture God gave me several years ago . I shudder as I read it again.. I sensed it went along with what you were sharing. Beware lest there should be among you a man or woman, or family or tribe, whose [mind and] heart turns away this day from the Lord our God to go and serve the gods of these nations; lest there should be among you a [poisonous] root that bears gall and wormwood, And lest, when he hears the words of this curse and oath, he flatters and congratulates… Read more »

Been musing this Scripture. It is plainly amazing. Thank you Winnie.

This post puts me in mind of The Holocaust and in current events, ISIS killing Christians and the changing laws of our land. Our God Is a consuming fire. James 4:8 Come close to God and He will come close to you. [Recognize that you are] sinners, get your soiled hands clean; [realize that you have been disloyal] wavering individuals with divided interests, and purify your hearts [of your spiritual adultery]. AMP

Amazingly, as I was putting this post up, I had very similar thoughts. I have written a follow up post and will be interested to hear what you think. You’re always tracking with us Irene. Love you!

Oh John, your post reflects “The TRUTH” from God’s heart. Bless you, “God must be true, even if everyone is a liar”…….I know you love this Hebrew nation but you had to tell the truth about our turning from GOD to our own ways. Bless you and Martha for your standing on GOD’s side. Hallelujah

Thank you John! Indeed great is the lie that says that God doesn’t use His rod. And sometimes it is frightening.

But it happens that God is frightening! We have sold our souls to a false god, with no rod in His hands!

His mercy is as frightening as His holiness!

Wow, Sam…what a powerful line: “We have sold our souls to a false god, with no rod in His hand!” So much of Christianity in the West is in such deception!

Absolutely, Paul. Little is known of a God outside of our deluded spiritual comfort line. We think the main mission of God is to perpetuate this line. He DOES know us very well… it is us that DO NOT know HIM at all!!

And I am talking of myself, of course!