I recently heard a message from Lance Wallnau about the seven mountains of influence in our culture. It fascinated me because as I listen to Lance I heard the Lord expanding the message for me personally. God applied it to something I am personally dealing with right now, so it became a living word for me. You know what I mean? When the Lord takes a few catch phrases and from them launches you into your own Spirit-filled message filling in all the blanks? I love when the Lord does this! He weaves a message from the words of another and then expounds on it to make it completely personal and individually relevant. While I can’t share specifics yet, I do want to share some of my gleanings from the Lord’s table.

The reason the world in all its aspects: community-family, education, government-politics-law, media, arts, and business are vehemently attacking “the church,” is because we have not been the church. Lance says we have been focused on our own building projects while forsaking the building of His Kingdom. The long and short of it is, we are not in our place and the Lord is giving us the due consequence for failing to be the church of influence.

Influence as Salt and Light 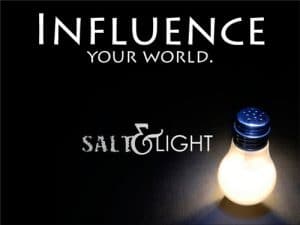 “You are the salt of the earth. But if the salt loses its saltiness, how can it be made salty again? It is no longer good for anything, except to be thrown out and trampled underfoot. “You are the light of the world. A town built on a hill cannot be hidden. Neither do people light a lamp and put it under a bowl. Instead they put it on its stand, and it gives light to everyone in the house. In the same way, let your light shine before others, that they may see your good deeds and glorify your Father in heaven.
Matthew 5:13-16

The Lord bequeathed the church a power of authority. It’s as we stand in the Will of the Father and agree with that Will that we see our world influenced and changed. Yet failure to exercise this authority and influence is actually rebellion and makes us completely ineffective and contemptible. A church not functioning as His church actually props up the enemies camp of influence through leaving a vacuum. And inevitably this influence will come against the church to persecute it and mock it for being ineffective and impotent. Ouch! 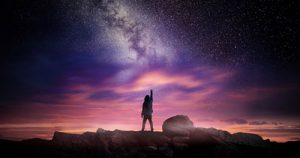 Each of these power areas I listed above are high places of the world’s influence. Each of them can manipulate the masses ultimately against God. But in God’s perfect order we are the ones who are supposed to be the influential force because we are representing the King of the Universe. Our failure to uphold this influence is to give the influencing power to the enemy. It’s like John Bevere says in the Bait of Satan, “Stay in your authority, or someone else will take it from you and use it against you.” The result of not being in my God given place of authority is defeat and devastation.

Listen carefully: I have given you authority [that you now possess] to tread on serpents and scorpions, and [the ability to exercise authority] over all the power of the enemy (Satan); and nothing will [in any way] harm you.
Luke 10:19 AMP

The truly effective church is intended to be influential in the world it serves. Simply, if we don’t exercise the authority God has given us, Satan will take that power from us and use it against us. We are seeing this daily.

For I am a man under authority, having soldiers under me: and I say to this man, Go, and he goeth; and to another, Come, and he cometh; and to my servant, Do this, and he doeth it. When Jesus heard it, He marveled, and said to them that followed, Verily I say unto you, I have not found so great faith, no, not in Israel.
Matthew 8:9-10 KJV 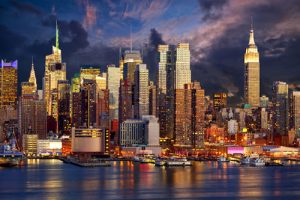 When we are in our place of authority and in the Will of God we are salt and light. Matthew 5 says that we are to light the way and flavor things to the glory of God. When we are willing to be salt and light in our world we influence and woo those who heart’s will be captivated. Yet it is when we become insular that we no longer lead but rather get dragged in the wake of evil.

The world is fallen, but when I fail to be a shining Light force of influence, I am playing into the enemies plans for my surrender. Following this course I will answer for where I allowed the evil to flourish. We all have been given authority in this world. We’re not intended to simply endure as evil thrives and prospers nor build safe-spaces where we stay clean and unaffected. We are called to be a beacon on a hill revealing Christ the Light of the Kingdom. It is there that we will influence and stem the tide of evil’s reach.

In my next post I will show the purpose of this all.

This is a vital message John! It’s not what we’re against, it’s Who we’re for. It’s not what isn’t, it’s GOD IS! He IS His Will, He is in His Will, & that is our place of authority. The Lord is the unchangeable One, & we in Him, unchangeable, face set, moved by the Spirit of the Living God…not surroundings, intimidations, accusations. An end time message…blatant evil, Conquering King! “the people who know their God shall prove themselves strong & shall stand firm & do exploits for God.” An intimate, engaged, tested, proven, knowing God; a strength infused, standing firm… Read more »

That is it exactly! WOW! “What a prayer, Church, fill your place in every place!” So succinctly stated. Blessing you and loving you.

Good word John…
“The only thing necessary for the triumph of evil is for good men to do nothing.” ― Edmund Burke

That is so absolutely true Bruce, thank you for sharing that! Blessing you buddy!

So timely and vital to today. Can’t wait for the next post! Thank you!

I think you are gonna be blessed Molly! Can’t wait for you to get it! ?

This is the best post ever! Yes, yes, yes! This is how I’ve lived (only by His grace) – wearing the mantle of authority that comes from being a willing servant. Great leaders are merely willing servants. Authority comes when we hear the Master and declare His will. It’s really that simple- but it is a life of constant listening. And declaring.
Oh, I’m so excited you are writing this!!! Love!!!

Blessing you Alex! Thank you for your excitement! I am really charged about this message too. It is such Life. Love you!