I am asking the Lord about grace. I’m asking Him to reveal it to me in a new way. I want to see it with fresh eyes and a new heart. I intellectually know little of grace but have still experienced much of it. The Grace of God is a mystery we all want to receive. Who among us doesn’t wish to experience grace? I know of none. So, what does grace look like? I guess the first real question is, what is the purpose of grace?

The Purpose of the Grace of God 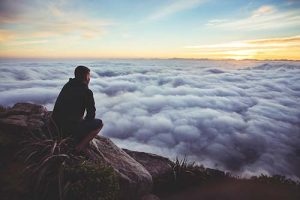 Grace has a purpose and that purpose is the bringing of us into a greater, fuller knowledge of God. It’s an experiential knowledge, which is so beyond mere mental understanding. While we can discuss the subject of grace until we’re blue in the face, in the end, it’s only when we experience the person of Grace that we truly know it.

The Grace of God isn’t sloppy. If grace was just the sweeping of sin, offenses, and faults under the rug, we wouldn’t know any more about God. My knowledge would not have increased one iota. The motivation of grace is for knowledge—knowledge of HIM. When the Lord expresses Grace, we know His loving and merciful nature. And though I might choose to continue in my sin, the Lord has revealed Himself to me, a God full of grace.

“Good is not always God’s will, but God’s will is always good.”
Watchmen Nee 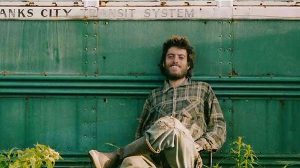 I want to share with you a story of grace. I believe Chris McCandless’s story was a story of grace. This boy had a troubled soul and broke out into the world to find himself. There is a movie and books about his journey which ended in an apparent tragedy. But was it?

Chris McCandless died in the Alaskan wilderness after trekking in on a wilderness adventure. He wanted to cast off his worldly possessions and live off the land, and this he did. Unfortunately, he became sick in that wilderness by eating poisonous berries, which looked identical to an edible species. He then didn’t have the strength to make his way back to civilization for help.

In The Movies: Christopher McCandless

In the movie edition of his story, it showed him making peace with his story at the very end. It wasn’t overtly stated but it was there just the same. Now, I don’t imagine that I know Chris’ end state, only God knows if he truly did this work. And though I mention Chris here as an example, this post goes far beyond McCandless and his life. This story is so known and celebrated because it is all of our stories. We are all on a journey to find Peace. And the Grace of God isn’t always a story of sugar plum fairies and rainbow sprinkles. What grace usually is, is a story of our brutal encounter with grace. The person of Grace often allows our hardship, destruction, and even desperate happenings to reveal Himself as Grace.

For Chris McCandless, might grace have been exactly what happened to him? How do I know if Grace didn’t bring him to the edge of death, to do a work that wouldn’t have happened in normal circumstances, in order to take him through to meet Grace? Perhaps the events leading up to his demise were just the prescription to crack his heart’s code?!

Grace in Order to Know God 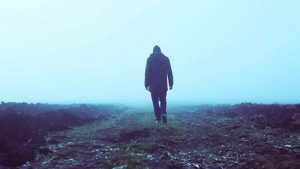 If life’s purpose is to know God, then the path He leads us on to gain that knowledge is a win. This path might not be the easiest or most pleasant route because we are fallen and broken. God isn’t committed to our comfort or even happiness. The end goal is knowing Him. Our journey to achieve this is matched by the goal, which is HIM. Like a combination to a lock, God knows the exact sequence to bring this about.

Was this Christopher McCandless ’ only route? Only God knows. Most would say, “What a waste!” But only God knew the path that would lead Chris to Himself. What if Chris’ story was precisely ordered to bring him to God? Would it have been worth it, regardless of the difficulty? His abuse, pain, rebellion and demise all to have the opportunity to know that God was God of his story, from beginning to end?

The movie rendition shows Chris having a moment of extreme light at the end of his days. He was raised in a home that claimed Christianity, even though it was very abusive. All these were factors in God’s design because He is sovereign. If the producer of the film got it correct, Chris met his Touchstone. I believe God is able to reveal His secrets whether or not people know they’re being used. It ultimately is to be seen by those who are looking. I trust that God was able to direct the movie producer to expose His story in Chris’ tale. The Grace of God is a Light who’s shine will be seen.

I form light and create darkness, I make well-being and create calamity, I am the Lord, who does all these things.
Isaiah 45:7 ESV

Some He will take away from the evil to come. Praise His wonderful Name. Thank you all for sharing.

Thank you all for your comments.

Thank you John for this amazing post on Grace. Tammy your reply touched my heart deeply. 3 days from now will mark the 23rd year of the suicide of someone dearly loved. The fallout from this event has been costly to many. The grace of God is ever present in our lives but not always precieved by us. I’m learning throughout life’s journey that God, “Will allow in His Wisdom what He could change by His Power”. I’m also continuing to “ Learn the Unforced Rhythm of Grace, and Live the Unforced Rhythm of Grace.” Eugene Peterson I form light… Read more »

Big LOVE Winnie! You are certainly a Shulamite family member!

Grace is a mystery, is it not? I am so glad to be mystified by His amazing Grace.

Thank you so much for these beautiful stories! Gosh, could y’all pray for my husband? Please, God Your grace for all our unsaved loved ones – and grace and faith to wait for You and relinquish all to You – for Jesus’ sake and glory. Thank you, bless you!

Thank you John and Tammy……..I had watched this movie and was stunned that the young man died and yet there was peace in his journaling. Your sharing that “His abuse, pain, rebellion and demise all to have the opportunity to know God was the God of his story from beginning to end.”
Tammy, bless you for sharing this amazing story……may all those who read these posts be ever aware of God’s grace ever surrounding our own story of HIS love coming after the one lost sheep. Love and God’s amazing grace on you both.

His Grace is sufficient… I watched through tears of grief in amazement and awe at His all sufficient Grace that gave a peace which will stay with me forever, I believe. A young man, just old enough for his license, had grown up in a home where Jesus was Lord. Even as a small boy he loved Jesus and shared that love with everyone. As it often happens things change for reasons we don’t always understand and the father of this family left to live a life totally separate from God. Not long afterward the young man began making poor… Read more »

Oh, Tammy, thank you for sharing this wonderful story! It is a faith building story of His Love, Mercy, and Grace. It helps me to hope (have faith) that, if God will bring these people to Himself, He is also able to draw the people that I am praying for!

Thanking God for His amazing Grace! And thank you Tammy for this wonderful story. We just never know what God is doing, and our opinions are often so irrational and lacking in faith. Love you!