I know this should be quite obvious but recently I found something slowly creeping back into my life. I want to share it with you because perhaps I am not the only one. Speaking for myself, I have to live current in my forgiveness over enemies far and wide. I am not speaking about the common sources we all need to forgive to stay current and clean with God. Those are obvious. What I am talking about is those people I hear about in the news or through social media.

My particular issue of current offense is with those who are reported to be trying to destroy the fabric of our country. No, I am not going into the who shot Annie of this. You would have your offenses and I have mine, perhaps they are the same. In actuality I think we all are being groomed for this anyway. It makes us susceptible, volatile and easier to influence and if we live in unforgiveness it is deadly. But for this post I want to discuss how I have responded to these reported situations. 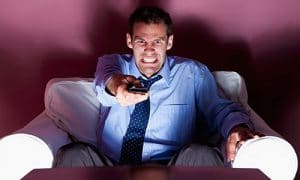 I was getting ready for bed the other night and the Spirit showed me my heart. I have slowly become less and less forgiving of what I have seen as deep deception and the scheming of man. I began to hate and not forgive those I see as living for hatred and corruption. As a result I have become more and more volatile. Little things began to infuriate me in ways that were beyond my normal reaction. You know, like that spill of coffee which becomes a curse worthy event rather than something just to clean up. Why? Why was I so wrought up? Because I stopped holding short accounts for those offensive things I heard about.

With what the Spirit showed me I saw once again that we aren’t only destroyed in blatant ways of unforgiveness, sometimes our destruction comes covertly through a temptation to hate those we deeply disagree with. Again, I know this is obvious but if it weren’t something sneaky, it wouldn’t have been a problem. The long and short of it is the devil doesn’t care in what way our offenses come, he is just looking to separate us from God. And sometimes that separation comes by not forgiving those we hear about rather than our up close and personal offenses.

These offenses are an underlying thing. Which often feels more like forgiving a villain in a movie I am watching. I don’t have personal connection with these offenders, but still I have an offense which may or may not be exasperated by people stirring the pot.

Going to Bed Mad and Not Forgiving 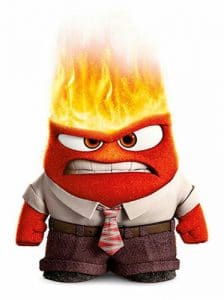 In this current climate it is easy to hear about something awful and then go to bed mad. If it was someone close to me, I would obviously know to forgive. But the distance created by the media’s reporting of the offense, gives me the illusion of anonymity. But does this give me a pass to not be current in my forgiveness just because these offenders are not in my life? I can tell you the evidence in my heart is no.

This lesson is one that I learned earlier and actually spoke of in the afterword of Martha’s book Altogether Forgiven. If you haven’t read her book, I highly recommend it to you. And my afterword gave some practical steps in dealing with this very thing. But as time has passed I have slowly left the practice. So I needed a reminder and in the next two days I will share them with you in  reposts. Oddly right now I need it more than ever. Actually I think we all do. I pray they really bless you!

But I say to you, do not resist an evil person [who insults you or violates your rights]; but whoever slaps you on the right cheek, turn the other toward him also [simply ignore insignificant insults or trivial losses and do not bother to retaliate—maintain your dignity, your self-respect, your poise].
Matthew 5:39 AMPC

It is very illuminating & searching!
I will read the book and be made free by the Spirit of Christ.
Any doors in my heart could be access to the enemy must be shut right now in this short timeframe before the flood comes.
Thank you John for timely message! ????

“In actuality I think we all are being groomed for this anyway.” Indeed we are. Many of the creators of social media are having a Oppenheimer moment, realizing what they have unleashed upon the world (“The Social Dilemma” on Netflix is a good overview on how this is affecting you and those closest to you). The algorithms stir up dissension for clicks and advertising, playing to our weakness. The truth underlying what you wrote is more important than ever – the information you receive is never the whole truth.

My smudged heart needed this message. You’ve made clear what’s to be done with that dung heap collecting in the corner of my heart. I may think I can ignore things at a distance, but what really is at a distance right now? Makes me realize how important it is not to separate ‘offense & forgiveness’, from God’s heart, & make them mine to ignore or slough off, not realizing the damage done or the shutting out. It’s easy to want some things to just go away, but then I miss the path I’m to follow Him on, & all… Read more »

I understand where you’re coming from. I recently put Facebook on hold because of all the negative statements and hate filled comments. I found myself becoming angry and negative thinking and speaking. I never thought of learning to forgive these very ones generating all this. Thank you for once again speaking into my life. Love to all. Wanda

Last week, while getting ready for work, the Lord brought this verse to my heart : “And because lawlessness will abound, the love of many will grow cold.” –
‭‭(Matthew‬ ‭24:12‬ ‭NKJV‬‬) What you shared today helps make this verse clear. We sometimes tend to focus on the “lawlessness” part and not what is important – that I protect love.

I so agree Cindy! It appears cold love will be more and more the temptation in these days. But as I have learned. Without LOVE we are nothing. And worse without love we die. Lord have mercy on us all. It isn’t like I deny or excuse the evil but I have to live with short accounts. Especially now when the tally is being rung so many times a day.

I can be so disturbed by it, that I avoid most media. And I can dwell in anger and unforgiveness regarding what I do hear. Thank you for this post, reminding me that I’m not ignorant of Satan’s schemes—that forgiveness is the only way!

You and me both LaDonna! Even in the mountains the odor wafts up and grabs my attention. Guess I have lessons to learn! Love you

You used the Amplified version of Matthew 5:39 and that really gave the verse a fresh new perspective (and conviction) to me, John. Wow.

It is super convicting to me as well. The Amplified certainly punches hard doesn’t it.? Thank you for commenting and for your encouragement!