“John the Baptist was baptizing. Do you know he was the son of a priest? He was entitled to magnificent robes. He was entitled to special provisions. He could have strutted as priest and had all the acclaim and honor of that. But instead he spent his childhood even in the desert with the most stripped life. As he was calling people to repent, that was his message. To repent is to recognize that you need to be forgiven and to change your ways. Repentance is a wonderful cleansing gift of the Holy Spirit. And in order to grow in Jesus, that has to be constant in our life. The people who repented of their sins and asked for forgiveness of God recognized Jesus when he came. Those who did not ask for forgiveness…killed him.”
Martha Kilpatrick, Forgive, Forgive: “Secrets of the Lord’s Prayer”

I’m on forgiveness. Again. There is a power in forgiveness to dislodge doubt and unbelief that I’m only just seeing. Yet the flip side of the power of forgiveness seems to be the rage that leads to murder. The above section of Martha’s audio series, Forgive, Forgive, really paints a picture there, and I can attest to its truth in my own life. In particular, where I don’t forgive myself, I hate myself. Murderously. 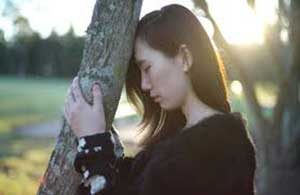 I have struggled with what it means to forgive myself. It has felt like irresponsibility, like I was letting myself off the hook somehow. But that’s not it at all. I am accountable before God for my whole life. All of it. And when I forgive myself, I’m not excusing myself. I’m letting Jesus Christ’s atonement wash me. I’m letting go of the prideful belief that I can be truly good—and I can never be good apart from the only Good.

In forgiving myself, I am letting the cross kill the false faith that ever proclaims, “Next time I’ll get it right.” My belief in myself is my unbelief in God. And it’s not enough to simply confess it as such if I don’t forgive as well. If unforgiveness of others keeps me tethered to them in pain and bitterness, then unforgiveness of myself ensnares just as completely. I become tethered to my old self when I will not ‘let go’ and let God. This is at once the worst revelation of my own heart and life and the brightest ray of hope for some much needed healing.

And whenever you stand praying, if you have anything against anyone, forgive him and let it drop (leave it, let it go), in order that your Father Who is in heaven may also forgive you your [own] failings and shortcomings and let them drop.
Mark 11:25 AMPC

I’ve read this verse so many times, and never once did I properly include myself in my understanding of ‘anyone.’ No one has ever failed me or hurt me as completely as I have failed and hurt myself, so that’s a mountain of unforgiveness. I am so glad that I have the Mover of mountains within me!

Great word, Jen. That’s an area most of us never see. Bless you. Much love.