For years I have prayed, “Lord, let them pull their pants all the way down. Let them completely expose their evil.” I have begged the Lord that He would expose their evil using their own hands. That they would completely show the world who they really are through their confident overreach. This prayer has been answered to a shocking degree. And many times during this last year I have asked the Lord, “Aren’t those pants all the way down YET?” The evidence is no…

I had no idea the repercussions of this prayer. I believe the prayer came through the Spirit, I just followed Him, but I had no clue what the answer would look like. Normally people think of answered prayer as blessing, healing, wholeness….the question is, is this exposure a blessing too? I believe it is. While it is certainly not painless, I think it is perfect. If the events that have transpired over the last few years have shown us anything it is that the core of the apple is rotten.

On every level corruption is being exposed. His Light is being shown on all the peaks of influence in our world: political, media and entertainment, education, business, religion, and family. The lies and shams perpetrated on the people, are being exposed as well as those who commit them.

It is like the subterfuge has been whipped up like sea foam. And the longer it churns the more foam it creates. But there is a purpose and end, it just requires huge trust and faith. 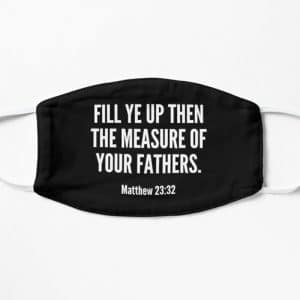 For over 20 years I have been fascinated with a phrase the Lord used in Matthew 23. The phrase is “Fill up then” What could the Lord mean by what He has said. Fill up what?! Well I believe we are witnessing the “fill up then” reality. The filling is of the cup of iniquity!

Fill up then, the measure of your fathers. You serpents, you brood of vipers, how are you to escape being sentenced to hell. Therefore I send you prophets and wise men and scribes, some of whom you will kill and crucify, and some you will flog in your synagogues and persecute from town to town, so that on you may come all the righteous blood shed on earth, from the blood of righteous Abel to the blood of Zechariah the son of Barachiah, whom you murdered between the sanctuary and the altar.
Matthew 23:32-34 ESV

This scripture and my prayer seem to be tag teamed together. My desire for full exposure happens by filling up the cup of iniquity. It is filling it to the brim. It is like the Lord is saying, “Don’t hold anything back, do ALL that is in your heart to do!” But at the end of this filling is the Lord’s own pouring. He pours out His bowl of judgment.

“You will be filled with disgrace instead of honor. Now drink and expose your own nakedness! The cup [of wrath] in the Lord’s right hand will come around to you [O destroyer], And utter disgrace will be on your own glory.  Habakkuk 2:16 AMP

Laying up for a Knockout Blow 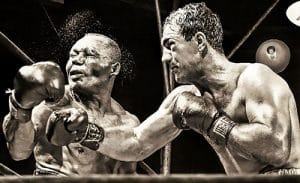 Recently I heard a message from Dutch Sheets in his Give Him 15 podcast. In it he said, “In yesterday’s GH15 post (Thursday, 1/28/21) I said, “Like any good fighter, God sometimes allows the enemy to land a blow just to set him up for a knockout punch. I assure you that regarding His strategy for America, God is far ahead of Satan. And now that the church is praying, the strategy will be unleashed.” Those who punch God don’t often factor in the law of sowing and reaping.”

I have wondered if this is what we are witnessing. Have our enemies been set up for a knockout punch? Has all their confident overreach been a divine set up? Time will tell. But I can assure you one thing. The Lord is on the move. He has never stopped implementing His Kingdom plan. And while it has often appeared that the enemy has the upper hand, the reality is….God wins! We will witness His Kingdom reign both now and throughout eternity. The enemy will always demonstrate his confidence in his plans, but we know the end of the story…he loses.

To know God is ever the goal. “I count all things loss”…this attitude makes us jealous for GOD, for eternities sake. Held by God, to God, & no ‘other god’. We identify with Christ, in the nearest & farthest reaches. ASKING GOD is becoming as big & as all-encompassing as HE IS, as willing as His Will is…in a prayer like yours. We are part of the ‘HERE HE IS!’ As we follow the Life, as we speak, pray, live, fragrance His Life..that unites or divides. The hatred, refusal & every false ‘idea’ of God, will fail. Makes me want… Read more »

A very worthy acknowledgment, thank you.

My very first thought was, CARMAN – The Champion!!!! So I listened to it a couple of times!!!!

Then I thought, it’s no small thing to be obedient and look at what God is doing and not what’s happening around us! Storms are naturally loud and scary…

Obviously time is running out, hope is drying up, love is growing cold…..but Salvation is here!!!!

And John, I understand what you are saying about them silencing the Christian voice but…..your voices cannot ever be silenced! Because I have already heard them! And so have many others!!!

Love you! So very much!!

Perfect prayer…being perfectly answered in His magnificent timing…the enemy will turn on and devour each other.

Yes, Lord, Please! Thank you Majaunta! God is on the move.

Make sure to sign up to receive email notifications from here. If they ever silence the Christian voice on the social platforms, we will have other options.

You’ve heard it too? The part I mourn is that His cup first comes for His people before it comes for the world. I weep over Jerusalem.

Don, the whole thing is something to mourn, but also rejoice in. Judgment is ultimately love…albeit the difficult way to receive it. It is still His Love. We are in for a wild ride for sure.

Make sure to sign up to receive email notifications from here. If they ever silence the Christian voice on the social platforms, we will have other options.

And although I get email notifications, I don’t think we have anything to worry about as a whole. Many claim persecution but few pass the smell test, as their “persecution” is nothing more than receiving what they have sown. I’m only speaking of right now – I might have a different view in another decade or two, at the current rate.