During Easter we talk about the death, burial and resurrection of Christ. And I was thinking about the personal pain Jesus experienced. He sweated blood in the agony of decision, was flayed by whips of our scorn and hatred, and nailed to the cross to bear our sinful separation. Every step was physically excruciating, but was His physical pain the true pain of His crucifixion? Was Christ referring to His physical pain when He said, “My Father, if it is possible, may this cup be taken from Me. Yet not as I will, but as You will” (Matthew 26:39)? I don’t believe so! 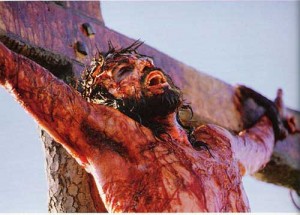 Excruciating is the word we derive from crucifixion. It literally means, “a pain like the pain of crucifixion.” I might use the word in a dramatic gesture to describe a painful situation but obviously that would be misappropriating the full meaning. Excruciating is a pain on top of pain, beyond all that I have previously known as pain: agonizing, severe, acute, intense, violent, racking, searing, piercing, stabbing, raging; unbearable, unendurable – to be crucified. But was Christ’s aversion to crucifixion the resistance to His physical pain? Again, I don’t believe so.

God has asked me to go through many painful situations, some of them deeply so. I’ve even thought to myself, my high premium on the absence of pain doesn’t seem to be as important to God. Pain seems to be essential to living this life. Growth is painful, separation is painful, change is painful—to actually live life is to experience pain as well as pleasure. So if Christ expects me to embrace my personal pains when living my life, then He probably wasn’t trying to avoid His own when He prayed for the Father to take the “cup” from Him. 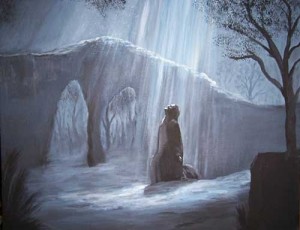 What did Jesus desire to avoid? One thing: spiritual separation from the Father! From eternity past, Christ, the Father and the Spirit were One. Jesus lived His life in the Will of the Father as One. They were ONE! The Godhead was intact and unified in everything done. And with this single act, Jesus would have to experience what He never had before: spiritual separation from the Godhead. Because of our sinful separation, He would have to enter that separation to eradicate it forever. And this was the most painful, excruciating thing He could possibly experience. The piercing of His body was nothing to the severing of His connection to the Trinity.

Recently I heard in a meeting the speaker say that for Christ to become sin for us He had to be separated from the Father. God would have to turn His face from Jesus. Wow, this was a Holy act! Thinking or living in independence of the Father is something I can sometimes do without a second glance, but Christ agonized over it. Again, it was excruciating for Him! 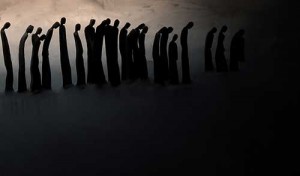 I think it is all-too-common to accept our spiritual separation from God as normal. We dwell with a distance between us as if there were none. But for Christ, this was a blood-sweating agony. A piercing beyond imagination. A tearing that was too much to bear.

I don’t believe I will ever look at the cross the same way. I always saw the pain as physically unbearable, but now it will be the searing pain of experiencing something most of us would call rather common—living life independent of God.

I know exactly what it feels like and it’s the most agonising, extremist constant agony day and night because I was extremely intimate with God and walked in close union. I heard Jesus’ audible voice shouting to me. I smelt His divine fragrance. I walked with the Father. I talked with the Father. Holy Spirit and I were One. I in Him, Him in me. Then last year (2020) because of my extreme mental battle and spiritual warfare I was up against. My world fell apart. I had been doubting salvation and doubting He was still in me. My head… Read more »

OH John, I was so struck by your statement yesterday,”that we just accept our spiritual separation from God as normal,’ I couldn’t write about it. Then I was led to listen again to Martha’s message for February, “The Fruit of Our Wilderness” OH my what wisdom and gleaning from the LORD. She brought out that JESUS had a 40 day wilderness experience………and she has said so many times, God can’t have anything to do with sin. My wilderness experience lasted much longer than 40 days but I wasn’t willing to see “who I was without Christ”. If it were only… Read more »

There is no way I can believe that God turned his face from Jesus at any time. He does not turn His face from us when we sin, and He did not turn His face from Jesus. I believe that Jesus, in his humanity, felt that he had been forsaken by God, just as we do when we hurt and He is silent. THAT is the pain Jesus HAD to experience, because al of us must experience it. Jesus was, I am sure, consciously invoking Psalm 22 (My God, my God, why have you forsaken me?) and knew the sum… Read more »

I’ve never known any scholar to say that Jesus experienced a mere human response that believed God turned His face away. So I wanted to go to the scripture to study the word ‘forsaken,’ a word I have never searched by the Greek roots. (Matthew 27:46) Actually the Bible doesn’t imply or state that God “turned His face from Jesus.” It’s much worse: Jesus Himself declared the Father had forsaken Him. This is the meaning of the word used by Jesus: Strong’s G1456 to desert, to leave in the lurch, to leave behind in any place of state, forsake, abandon… Read more »

Yes, John. Thank you. And you know what it is behind “His hour”, what’s the dread and anguish behind He had to face in the background? What I see inside of me is the word loss. I agree physical pain was only a small part. Loss is what I see involved, because “being separated” and suffering the “wrath of God” and the “shame of crucifixion” talks about loss. That day many things were lost. As Gene Edwards would say in one of his works, I believe it is The Divine Romance (thoughts that also remained with me) that said “we… Read more »