I’ve traveled all over the world and have learned to expect excellence. I’m not entitled to it, but I do expect it. I especially anticipate it when I go to restaurants or hotels; I always hope to see it exhibited by the staff of these establishments. I’m looking for it and when I receive it, I reward it. Whether giving a glowing review or large tip, I celebrate excellent service. I don’t know if this started because I myself was a server in several restaurants and country clubs in my youth or if I just appreciate it by nature, but excellence in service certainly makes for a more enjoy experience.

Being A Servant Gives Me Self-Respect 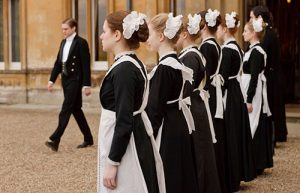 Recently I went to a hotel and had this principle displayed before me in the reverse. Rather than excellence of service, I witnessed lethargy in all the employees, and I wanted to know what I was seeing. Instead of getting angry, I took pity on these individuals. My grief was that by putting forth lackluster service, these workers were robbing themselves. It is soulless to do work for a mere paycheck and quickly exit. Our spirits don’t thrive in that environment.

I wanted to know what the Lord wanted to show me in this. I was witnessing something but I wanted to know from Him what it was. And I think I heard Him say that being a servant is the highest human position. You would think that being served would be better for the ego, but alas no. We were created to serve and this is where we find our greatness.

“If anyone wants to be first, he must be content to be last and become a servant to all.”
Mark 9:35 TPT

Following Jesus into Excellence of Service 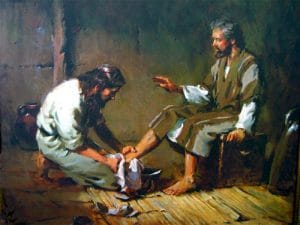 Jesus made it so that we would follow Him into greatness. And how He expressed greatness was to become servant of all. Christ showed us the way to greatness and it was not it being served but in serving. It gives us great dignity to serve in excellence. And the reverse is also true; our self-esteem is vanquished when we give just enough to get by.

As I witnessed the employees at this hotel, what I saw was people who cared little about themselves. It wasn’t really about me. Their service was a reflection of their own hearts towards themselves. They gave worthless service because they saw themselves in that light. Excellence gives us self-respect, while inferior service sows self-loathing.

But Jesus called them to him and said, “You know that the rulers of the heathen lord it over them and that their great ones have absolute power? But it must not be so among you. No, whoever among you wants to be great must become the servant of you all, and if he wants to be first among you he must be your slave—just as the Son of Man has not come to be served but to serve, and to give his life to set many others free.”
Matthew 20:26-28 Phillips

I really appreciate your words …. lately I have been challenging myself to offer whatever my hands do, where ever my feet take me, as worship unto the Lord … whether it be making a meal, getting groceries, all the ins and outs of being a caregiver ….. it is changing all the moments of my days and hopefully filling my days with excellence …… we need to also remember to serve ourselves with excellence as well …. sometimes that is the most challenging area …..

You hit the nail on the head. I totally agree, serving ourselves with excellence can be extremely challenging. Thank you for bringing that up Andrea! Love you.

Andrea!
These insights are so precious to me. I am learning such small things given by Him as a privilege to serve Him…even the closing of a door for His sake. You have made it all so lovely. Thank you PERSONALLY, dear sister. I will copy this to my journal.
Much love,
m

AHHHHH John, you have written such a compelling description of you Shulamites. You have submitted to be slaves for Christ, bond-servants for the Lord. Your service through this ministry has touched and will until eternity, touch thousands of lives for the Kingdom. “It gives us great dignity to serve in excellence.” I believe even those who haven’t met you all in person, realize your worth to the Reigning Shepherd. You’re calling us to not only love ourselves but love what HE has called us in our service that He will give us everything we need to perform in excellence. I… Read more »

Thank you Sue for your encouragement. Thanking God that He is made evident in our lives. Rejoicing!

I totally agree, Sue. This ministry has changed my life and I am so grateful the Lord enlisted me in this army.