My last post could have been titled “The Rule of Fools,” but the overriding point bears repeating: things are not what they appear to be. We wrestle not with flesh and blood because Satan is the “father of lies” and peddler in all things unreal. Again and again the Spirit takes me back to Hebrews 11: “Now faith is the substance of things hoped for, the evidence of things not seen.” I used to apply this verse almost exclusively to the (now) largely invisible presence of God, but it’s much bigger than that, isn’t it? There’s a whole world within the phrase, “the evidence of things not seen.”

How much of what we see in this world is an illusion? How much of what we’re told is a lie? Sometimes to ask a question is to answer it. Our work is to believe in Jesus Christ – all that He is and the fullness thereof. That belief is either hampered or helped by what we focus on and what we see.

Evidence of Things Not Seen in My Life 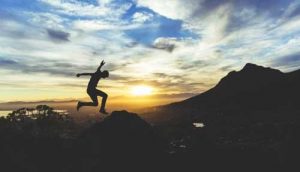 The personal application of this is experienced within each of us. My life reflects the depth of my belief in Jesus, specifically the salvation afforded me through His Blood. Every day brings new revelation, fresh testing, deeper dealings, more love and light and discipline. I am made new in ways that can be seen by the naked eye, but there is also evidence of things not seen.

I have struggled mightily to believe in the miraculous, outlandish truth of my salvation. The blessings are so numerous, the promise so complete, and the provision so vast that I cannot take it all in. So many times my battle is just to say, “Yes, Lord, and thank You!” because it seems a dream and not reality. And there’s no faster way for doubt to flood me than when I focus on what was and not what is. Satan doesn’t just whisper accusations in my ears, he paints a picture with those words. An illusion of defeat is created with every uncontested syllable I take in and give credence to, and soon the lie is all I see.

The Spirit shines a bright light on the lies, and in His light they dissipate like smoke. His words don’t create illusions; they reveal the truth hidden behind the house of cards. Meditating on the scriptures with the light and mind of the Holy Spirit quickens my eye to behold reality and discern the deception working to keep me in darkness.

Evidence of Things Not Seen in the World 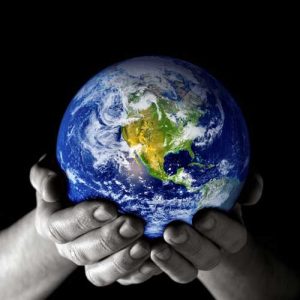 The same holds true for events in the world. If I spend enough time looking at the disaster and listening to fools and reading the lies, that’s all I see. It becomes a hopeless mess that will either drown me or goad me to take up arms and fight on the enemy’s own ground. Either way, I lose.

I’ve got to have the Spirit’s mind about everything. I need to know what He has for me, and perhaps even more crucially, what He doesn’t. Faith is the evidence of things not seen, and the implications of this truth are deeper than I can imagine—but so are the wondrous possibilities!

Jesus replied to them, “Have faith in God. I assure you: If anyone says to this mountain, ‘Be lifted up and thrown into the sea,’ and does not doubt in his heart, but believes that what he says will happen, it will be done for him.
Mark 11:22-23 HCSB

Are you asking where we are located as a ministry? Bless you Karin.

Hmmm… “evidence of things not seen”. Very interesting, Jennifer. Let me copy some other versions: “…evidence of events not seen” (ACV) “…confident assurance [or, proof] of things not seen” (ALTNT) “…a conviction of things not seen” (ASV) I will translate Castillian (spanish) version, which I found curious enough: “Faith is a fortaste of the realities that are being waited for, and proof of those (realities) that cannot be seen”. The mindblowing thing is the last part… “PROOF (evidence) of realities unseen”. So, our faith is the very proof (to the world?) that God exists and that everything comes from Him.… Read more »

Excellent word Jennifer, very well written. In fact and I’m going to share this with many who I know need to hear this word of encouragement. Thank you