Recently I started reading through the book of 1 Samuel and saw something amazing. Talk about His Sovereign Touch. The story presents the Israelites who were called and chosen to have their Heavenly Father as King. He wanted to rule and reign over their lives. He didn’t want them ultimately under an earthly king like the heathen nations around them, but their will prevailed and revoked His…or did it?

“Listen to the people and everything they say to you. They have not rejected you; they have rejected Me as their king.”
1 Samuel 8:7 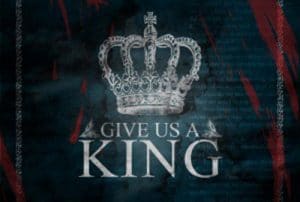 The Lord allowed the children of Israel to exercise their gift of free-will and receiving their preference for an earthly king rather than an eternal King in heaven. This despot would use them for his own conquests, according to how he saw fit. (1 Samuel 8:11-17) It would not be the pleasurable experience they thought it would be—they would be enslaved by this man as they would be governed under his will.

Yes, the children of Israel wanted an earthly king. But here is the wonder of our sovereign God. Even in their rejection of Him, He used their sinful motivations to establish His own throne on earth for His Son. Imagine, even their sin was no hindrance to the Lord’s establishing His eternal reign on earth. And beyond this, in His omniscience, He worked all things together for His glory. Wow! 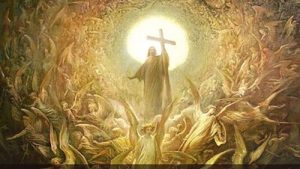 So how does this relate to us? How can we view this in our current days? Well, one way is it emphasizes and allows me to remember one of my favorite phrases from the movie Rudy. Father Cavanaugh said, “Son, in 35 years of religious study, I’ve come up with only two hard, incontrovertible facts: There is a God, and I’m not Him.” Yes, our God is reigning now!

The next is our sin is no match for our Lord. Now it is true that if we want to go to hell He will allow us to chose that. But the sin-sickness of man doesn’t debilitate His rule in our lives. He is so much greater than our stupid and willful bumblings. This is a huge comfort as I look around the world and see willful corruption daily. Jesus Christ is Lord and is reigning today.

If 1 Samuel 8 shows me anything, man is the welder of his free-will choices but this world is directed by the Lord. Though the plans of man abound, the Will of the Lord reigns supreme.

Many plans are in a man’s heart, But the counsel of the Lord will stand.
Proverbs 19:21 NASB

The mind of man plans his way, But the Lord directs his steps.
Proverbs 16:9 NASB

When I was young, I thought I dreamed big, about what my life would be like. Did I squeeze the wonder out of it?! To take mystery & edge it in?! We are taken into mystery by the Spirit…oh, i fall down on my knees. GOD is Measureless & Mighty…and FOR! God is ‘FOR’…’against’ will fall in on itself. We are FOR, IN HIS FOR…God is God, certainly not me. HE IS everything we need. He cannot deny Who HE IS. He is the only Enough, the made evident enough, for all that is surfacing, heart, world, life…REVEALING THE SON.… Read more »

This is good news!