For He has rescued us and has drawn us to Himself from the dominion of darkness, and has transferred us to the kingdom of His beloved Son, in whom we have redemption [because of His sacrifice, resulting in] the forgiveness of our sins [and the cancellation of sins’ penalty].
Colossians 1:13-14 AMP

In the Garden man was given dominion over the earth. We stood in the authority bestowed by God to rule and reign on this earth. We were given stewardship of His property and entrusted with this gift. “The earth is the Lord’s, and everything in it, the world, and all who live in it.” (Psalm 24:1)

What we did with this privileged and responsibility is cast it aside for a lie and relinquished our power to the serpent. In that one move and by that single choice we gave our authority to another. This has allowed our adversary to use that power against us. The dominion of darkness and death now ruled!

An End to the Dominion of Darkness 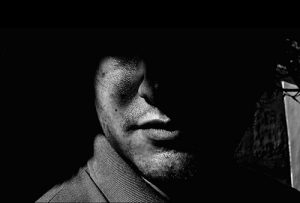 To resolve this the Son of God came to redeem us from our choice by paying the penalty of death we earned. What’s more, His sacrifice on the cross obtained a Way back to live under and as His authority on this earth. Jesus took back the power we gave away. From that moment…darkness was defeated. Sin was forgiven.

Now all the enemy has is his attempts to convince us that Christ’s work was a lie. If the devil can convince us that the dominion of darkness still has the power, we will live as if it does. The enemy wants to influence our reality by obscuring Truth. His only power now is to convince!

The reason I will be next writing about reality versus Truth is because the dominion of darkness is attempting to convince, obscure and silence TRUTH with a lie. Everything we are witnessing in our current climate is sourced in this battle. The fight of reality versus TRUTH, darkness and Light.

The Power and Dominion 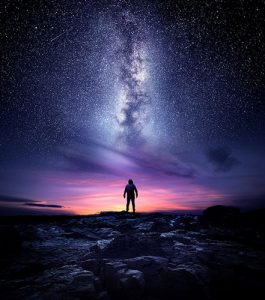 From the beginning our design by God was for us to rule and reign in Christ’s Kingdom. As long as a “reality” is what is being propagated, the lie is believed. In this stance we are powerless, and our authority has been defeated. I refuse this false narrative and stand in and by the Kingdom of the Son of His Love. It is my right earned by Jesus and enforced by my choice.

Oh John what a Word!! It reminds me of Martha describing the scene of Colossians 2:15, “When He had disarmed the rulers and authorities, He made a public display of them, having triumphed over them through Him.”
They were marched through the heavens defeated and stripped like after a war. (Ephesians 4:8)
Now all Satan has is a lie.
What a work Jesus did on the cross! 🙌🏻✝️❤️

Not a coincidence that the software that was used to influence our election is called Dominion.

That is exactly what I thought Richard! When I saw this and was praying, I was both shocked and amazed. The enemy loves to tip his hand in obvious ways to expose and taunt us. I am standing with God’s perspective He gave me that morning. I have to hang on His every word! Bless you Richard!

Yes yes yes…this.”The reason I will be next writing about reality versus Truth is because the dominion of darkness is attempting to convince, obscure and silence TRUTH with a lie. Everything we are witnessing in our current climate is sourced in this battle. The fight of reality versus TRUTH, darkness and Light. ” Nail on the head….Thank you John

While I originally scheduled that post today, Martha said this one should go up first. It has been a faith booster, and look forward to hear how the next one or two impact you as well Majaunta!