I recently read a squabble on Facebook. It was about Katy Perry and her halftime show Super Bowl 2015. Did Katy Perry ride the BEAST? Back and forth the debate went whether Katy was a sinner, demonic, Satanic, or just a darn good entertainer. It devolved into a debate about whether she worshiped her god at the 33° longitude on the satanic occult Sabbath or whether she represented the “mark of the beast” by riding the mechanical lion. I have to say to all of this, I am not privy to the final judgment. But what I do wonder is why we as Christians dissolve into silly matches against each other? This isn’t life-giving Reality but a debate about the inane! It’s beneath our dignity as a royal priesthood. We end up in Satan’s corral just fighting each other and looking utterly foolish. We ride the Beast ourselves. Yep, it makes us weaker to spin out nipping at each other’s heals in front of a world we want to influence. 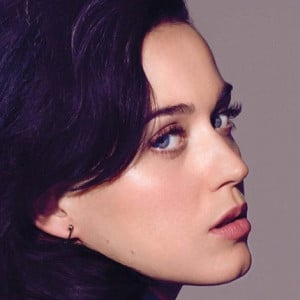 Katy Elizabeth Hudson “Perry” came from a religious home. I don’t know if Katy Perry still claims Christianity or not, but I do know a friend of her mother (Mary Perry Hudson) who regularly prays for Katy. It seems, at least at some point, the family was a bit legalistic. It’s stated on Wikipedia that growing up, Katy Perry and her siblings were not allowed to eat Lucky Charms as the term “luck” reminded their mother of Lucifer, and they had to call deviled eggs “angeled eggs.” Who knows the state of any of the Hudsons’ hearts or their process with God?! How do I know what God will use to bring each of them to the end of themselves?

What I do know is that the world accepts the world as its own. And when we followers of Christ fight the world for being the world, we step away from His own path. Christ Himself never fought against the world’s system. Jesus fought FOR, not against.  His motive was zeal not opposition. As Martha says, “You can’t focus on evil without becoming the evil you fight!”

It appears to me the very thing that tempted Katy Perry to turn from the church marks the people now debating her life. Religious evil in the guise of declaring the truth! I know many who were raised in religious homes who left those homes and have never looked back. I also know a few beautiful ones who got out from underneath a legalistic thumb and went out to find the true God for themselves.

My prayer for Katy Perry is that she comes face to face with the true Roaring Lion and falls head over heals in love! May Love be the source and end of her life. And for those debaters of truth, may He who is TRUTH capture their gaze and hold their hearts. I pray their future interactions be more about relationship than argument.

They will follow the LORD; He will roar like a lion. When He roars, His children will come trembling from the west.
Hosea 11:10 NIV

“This I command you, love one another! If the world hates you, you know that it hated Me first. If you belonged to the world, the world would love its own. But because you do not belong to the world and I have chosen you out of it, the world will hate you.
John 15:17-19 (Phillips)

For More check out: Beyoncé Worships the Devil, on Beyoncé’s Super bowl show.

John, you are so right on!!! I’ve been preaching on the distinctions between church people and Kingdom people. You’ve underscored a significant difference: Church people play right into the hands of the enemy when they engage in these controversies. Martha’s statement is a real mouthful: “You can’t focus on evil without becoming the evil you fight!” Selah!

A translation would be: “Jesus Loves us and He Is Good.”

Ah… religion. What a surprise. If we would just know how God feeds his own even through black crows, and how He reigns in the darkest places we would be less prone to pour out this critizism hammer for free. When religion talks of “Satan”, they talk of him as being “out of control” that God somehow didn’t reign over him. They talk as if in the daily fight of any Christian, God wouldn’t use the very satanic chains to draw you to freedom. They talk as if Satan were much more than a simple servant of God, completely limited… Read more »