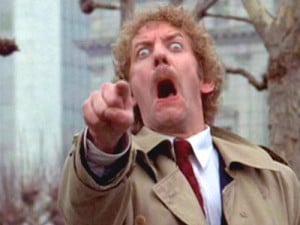 When I first became a Christian, I went to a seeker-friendly, “Willowcreek” modeled church. It was very welcoming to the down and out. It would be fascinating to watch lives that had been ravaged by sin come into the church and be transformed. What was blackness became light. Dark countenances would be changed into fresh, smiling faces. It’s only between God and man whether there was actual transformation, but by all appearances there was a change. And I don’t say this as if I didn’t darken the doors of this church. When I started attending, I came with a ravaged soul. I think my biggest fear when I first started going was that everybody was going to turn around and look at me, and point and scream. I was highly aware of the guilt of my sinful condition. 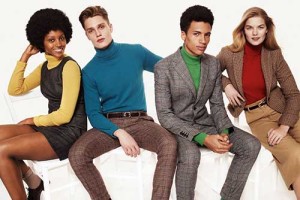 After a few years of deliverance and cleansing, I looked like every other Benetton Christian. I was clean-cut and socially acceptable. During this time I became friends with a lovely lady who wasn’t marred by such a dark past. She had always been a Christian for as long as she could remember. She was raised in a Christian home and went to church at least twice every week.

One day after someone testified about their transformation, she came to me crying and said, “I don’t have a testimony.” Week after week she saw many who would stand up and testify of their miraculous transformation from darkness to light.  For this young lady, every beaming review was a scrape on her soul. She felt like she was unable to give a testimony of God’s amazingness.

Now, I’m not going to go into the possible theological ramifications of her situation. But what I do want to talk about today is so amazing. No, this woman was not able to speak about a dark path that turned into light reality, but what I wish had known then is what I am seeing now. Deliverance from sin is not as miraculous as the surrender of the WILL!

All of God’s living testimonies are precious to Him. Every one of them is of His life bursting into the void of His reality. But what I am seeing today is the greatest of these testimonies is our deliverance from self. This is deliverance indeed. Deliverance from sinful behavior is one thing, but liberation by surrendering our WILL is so huge. This is a blow to our resistance to God Himself. 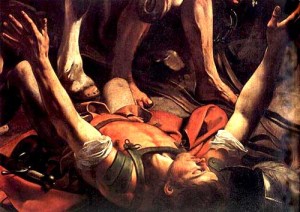 I am reminded of the apostle Paul’s testimony. Paul towed the party line. He didn’t have the common depraved darkness-into-light testimony as such. But look at the Light he witnessed. What he did was bow his will and that was his liberty, which I contend is greater than behavioral change. He wasn’t being delivered from acts of the flesh; he was being transformed from the inside out. His nature was being transformed. He was a new creation. Yes, his behavior was modified but more, he was not himself. He was in Another.

I’ve never thought about it in this light but the surrender of our will, which is counter to God, is THE deliverance. Sure, I can be delivered from the demons of alcoholism and stop drinking. I can repent of being a liar and no longer lie.  I can renounce my selfish ambition and stop trying to take over the church. But Paul’s liberation was from Saul. Paul’s self-will, at enmity with Christ, was ended. This is true deliverance!

When we look at our lives with Christ, has our deliverance been from conduct? Have our victories been about freedom from the demons of behavior? Behavior modification will make us acceptable in the eyes of man but does not produce the Life of Christ. My friend bemoaned not having behavioral notches in her sinful belt, but what she did have is what we all have regardless of actions: a self-will opposed to God. This liberation happens in only one way—DEATH. Sure, I can modify my actions, change my appearance, but Christ alone affects a life for true lasting change. There is a liberation that trumps them all; it’s being set free from having to live by my self-WILL. I am living for His will, not my own. I am given that choice all the time. As a born-again believer, I don’t have to choose my self-will anymore. I am free to choose His will.

Why Didn’t the Deliverance Take? 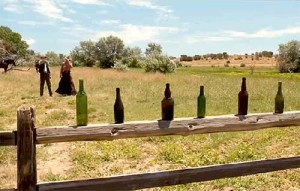 In my seeker-friendly church, I saw many people delivered from demons, which lead to extreme behavior modification. But their will remained intact. How do I know this? They eventually fell away. One by one they were picked off like bottles on a fence. It grieved me, but the issue of the will was never addressed – only their actions. And as long as they were “good” they were supposed to be fine. But this doesn’t work! Even the best of us, like Paul, have to die to our will over God’s will. And the will of God crossing your will hurts!

I have never acknowledged the liberation from my stubborn will as the deliverance I needed the most. In the beginning of my walk, I looked at my actions and required them to change. I wanted to be different but Christ was looking for me to be NEW! We all, regardless of the sliding scale of what is socially acceptable, need to be set free from our willfulness.

In someone who has been born again, the source of the will is Almighty God. “. . . for it is God who works in you both to will and to do for His good pleasure.” With focused attention and great care, you have to “work out” what God “works in” you— not work to accomplish or earn “your own salvation,” but work it out so you will exhibit the evidence of a life based with determined, unshakable faith on the complete and perfect redemption of the Lord.

~ Oswald Chambers June 6th “My Utmost for His Highest”

Yes John, very true. Delivered not from, but unto.
We are not delivered merely from something, we are delivered unto SomeOne, and that is the true liberty!
Apostle Paul’s cry ” save me from myself”, is the cry of every true born again believer, at some point. (Personally I don’t think Paul’s cry, is that of a very young believer).

Paul’s bowing his will, to God’s, though very costly, was only by seeing SomeOne Who is infinitely Greater, infinitely more Beautiful! ” I count it all as rubbish, just to gain Him”.

That’s cause to walk in your ways

Bless you JOHN, this post is so succinct, a true picture of my self-will being opposed to God, HIS WILL cross….ing mine……..when all HE wanted was to make me “NEW” Hallelujah, come LORD JESUS.

Wow John. I bear witness to this.

I remembered Jeanne Guyon’s words, which stuck with me when I landed on them now years ago. They impressed me deeply: “An effective touch in the will”

You can find that expression at the beginning of her spiritual biography (published under the name of Spiritual Torrents, Seedsowers Publishing House). She meant that “an effective touch in the will” marks the beginning of a true walk with Him (she talked of that event regarding her own spiritual life.)