“Reason is always a kind of brute force; those who appeal to the head rather than the heart, however pallid and polite, are necessarily men of violence. We speak of ‘touching’ a man’s heart, but we can do nothing to his head but hit it.”
G. K. Chesterton

When I read this yesterday, it illuminated a truth that I have understood intuitively for many years but could never find a way to properly express: words aimed anywhere other than my heart are ultimately meaningless. It was not sense and reason that brought me to the Lord, any more than sense and reason ever made a true mark on my life. Sense and reason devoid of heart are just chaff in the wind.

Give Me a Reason to Believe 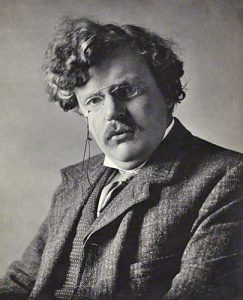 No one ever gave me a reason to believe in God and change my life. It wasn’t words of persuasion or manipulative tricks that turned my head. It was love that pierced my heart and opened my eyes. My heart changed my mind, not the other way around.

I always considered it a great weakness that my mind didn’t have the power to overrule my heart. Other people seemed capable of shutting down their hearts to do what they knew was necessary to get ahead, but I had a tendency to choke. Now I don’t mind, because my will can overrule either my head or my heart. I am subject to neither my reason nor my passion; I am subject to God. And He entered my life through my heart and my will.

The Heart Sees What Reason Cannot

Empathy is not born of reason but is instead a function of the heart, spirit, and imagination. Without empathy, we see each other very poorly. There’s no depth of discernment in our relationships or in how we approach other people if we cannot empathize. The more we elevate reason devoid of heart, the more cruel and disconnected we become.

Everywhere I look I see the violence intrinsic in a world that appeals to the head over the heart. People don’t just disagree with each other any more, they become sworn enemies. Why bother appealing to someone’s heart when punching them in the head is so much more satisfying? Or maybe you don’t bother appealing to someone’s heart when you can no longer see that they have one.

Sense and reason may be capable of getting someone’s attention, but they cannot capture a heart. And to change someone’s mind, you touch their heart. 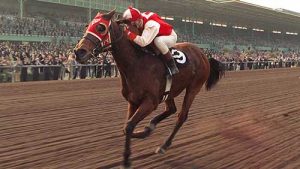 Watching the movie Seabiscuit led me to change my mind about economic policy. I had viewed Roosevelt’s economic platform and New Deal policies as ultimately disastrous with far-reaching consequences. Then I thought about 25% of the nation’s people out of work. I thought of the battle fought by so many people every day just to eat and find shelter. I thought of parents leaving their children with strangers in the hope that they’d survive. Seabiscuit showed the human suffering that was alleviated by Roosevelt’s economic decisions. His programs gave purpose to men who needed it and hope to a nation that had run out of it.

I might have been wrong in my reasoning before, or I might be wrong now, but that’s not the point. The point is that years of reason and argument did nothing to sway me or change my mind. If anything, I responded by gearing up for a fight. Empathy opened my heart and my heart moved my mind.

We were made by love and for love and we’re innately primed for wooing. I don’t want to lose sight of that as the world’s appeal to the mind gets louder and more violent. When reason and love face off, love wins every time.

“The true soldier fights not because he hates what is in front of him, but because he loves what is behind him.”
G. K. Chesterton

I loved this and the Chesterton quotes are just amazing. Thank you for sharing them along your sharing. Scriptures came to mind: Rom 10:10 “…for with the heart man believeth unto righteousness; and with the mouth confession is made unto salvation.” Rom 2:15 They demonstrate that God’s law is written in their hearts, for their own conscience and thoughts either accuse them or tell them they are doing right. We believe with our heart in which is written what law we bent to, and we proclaim that law with our mouth (which is the expression of our heart through our… Read more »

We believe with our heart (in which is written that law we bow to) and we proclaim that law with our mouth (which is the expression of our heart through our conscious reason). And blessed are those whose law is Jesus!