Last year, John wrote a series of posts on the issue of entitlement. If you’ve never read them, I cannot urge you strongly enough to do so. They are life changing. My post today is very much related. I want to talk about the relationship between pain and entitlement.

But he who hates his brother is in darkness and walks in darkness, and does not know where he is going, because the darkness has blinded his eyes.
1 John 2:11 NKJV

Blinded by the Darkness of Hate 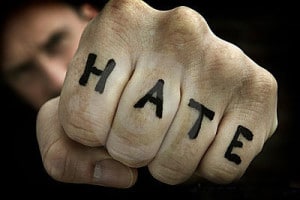 When someone hurts us, we have a choice to make. We can forgive them and love them, or we can choose not to forgive them and hate them instead. I often wish that it wasn’t so stark a choice, but it is. And I know beyond the shadow of a doubt that when you respond to pain with hate, the veil of darkness drops.

I used to think that hating someone was a singular condition. I thought that despising a person had no bearing on the rest of my life or my other relationships. I walked in the darkness of hate and unforgiveness long enough to be blinded to the reality of me and my life and everyone in it. I didn’t forgive, so I began to be ruled by that hate and unforgiveness. It changed me. I hardened. I grew bitter. I became aggressive. And all the while I felt entitled to these changes because I’d been hurt. I was in pain, and my unforgiveness tethered me to it day and night. I lived and breathed that pain, and the darkness of hate soon blinded me to anything beyond it.

Blinded by the Darkness of Unforgiveness 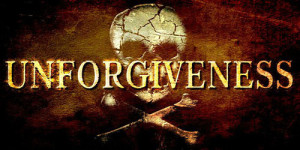 I was so cocooned in my pain that I really didn’t see the pain of anyone else very often. And even when I did, I was still entitled to say and feel and do with impunity because my own pain justified it. Blinded by the darkness, I walked around stabbing people left and right while believing myself to be a pitiably wounded creature in need of defense. A victim mentality is nothing more than the result of walking in darkness.

Dealing with old pain honestly is incredibly important. Working out the wounds of childhood before the Lord is not optional, because all too often, making peace with God over your pain is just the beginning. Once you begin to forgive, truly forgive, God begins to show you just how much you need forgiving for all that you’ve done and said to others. King David wasn’t bypassing the horrible pain and hurt he’d caused the people in his life when he said to God, “Against You, You alone, have I sinned.” That was where he ended up. Forgiving the people who hurt me got easier and easier because what God showed me made me more and more desperate to be forgiven. Please pardon my bluntness, but if you believe yourself to have been a harmless sojourner through the days and relationships in your life prior to being born again, I question whether you’ve seen anything.

I don’t write this to bruise or batter anyone. I write this because the willfully blind (and that’s everyone in darkness) simply will not make it. The world is beginning to froth and foam at the mere hint of truth, and if you’re still tethered to pain by unforgiveness, you will have no ability to stand when they come for the whole Truth.

The Heavenly Father taught you that Jennifer because you are His daughter. Like what you shared about standing in the end.

Well spoken ointment for a very present malady, always in us all, though not always visible. The danger of hate birthed in pain and hurt, is known even by the world, as illustrated in the story of Darth Vader in Star Wars. If only we could understand the importance of submitting our hurts and pain to our Father, rather than allow the birthing of hate, the Light would blind us from the darkness around us, removing fear from our hearts. Wow-thank you, Jen!

TRUTH and LIGHT!
Bless you!
Love!

Jennifer …. I so appreciate your writing … I rejoice at the depths God is taking you … His gift of words to you is magnificent and the brilliance with which you share that gift is stunning …thank you for the feast this morning ….
. “The world is beginning to froth and foam at the mere hint of truth,”. …….says it all ….

Thank you Jennifer and Sam and John and Martha. So profound and fitting for this most bless day

Oh, amen, Jennifer. I am seeing for the first time in my life (in practice) the value of LETTING, in this case an issue with one neighbour we have. But it is such a reality this “LET” word. I am understanding why Ghandi succeeded. He just applied a Kindom’s principle. “Letting” when others hurt us and say evil of us. “Letting to God”, of course. He can handle pain and hurt… it just goes to the bottom of Himself, and EVIL therein is dissolved and it doesn’t reach you. You are spared, not of hurts and wounds, but of the… Read more »