I always thought that the debate over creationism and evolution was about believing what was true and what was false. Meaning, the only reason why someone would believe in evolution was because they believed it was true. What I have learned is that this is not necessarily the case. Believing a lie is sometimes about finding something to excuse yourself from the truth so that you can have your own way.

The Truth and Evolution 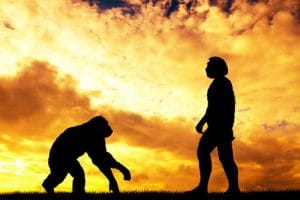 This shocked me because I thought that man’s highest value was truth. I thought that people believe a lie because they don’t know the truth, and if they were ever convinced of the truth, they would believe it as truth. Again, this is not necessarily the case. What I’ve learned is that many value having their own way above and over truth.

Truth for some is a flexible variable for convenience and there’s no winning this argument. When truth is in the flux of my will, my will wins every time, regardless. In this case, 2+2=blue, if this supports my will today.

This revelation came after I heard a quote from Ends and Means by Aldous Huxley. In his book, Huxley states that his personal desires were influential in determining his truth. “I wanted to believe the Darwinian idea. I chose to believe it not because I think there was enormous evidence for it, nor because I believe it had the full authority to give interpretation to my origins, but I chose to believe it because it delivered me from trying to find meaning and freed me to my own erotic passions.” Wow! He wasn’t choosing truth; he was choosing what would allow him the ability to avoid having to accept the truth. Again, WOW! 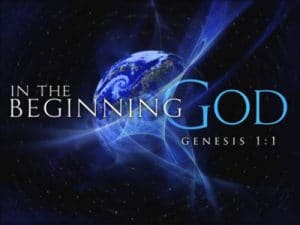 God says in Romans One:

For what can be known about God is plain to them, because God has shown it to them. For His invisible attributes, namely, His eternal power and divine nature, have been clearly perceived, ever since the creation of the world, in the things that have been made. So they are without excuse. For although they knew God, they did not honor Him as God or give thanks to Him, but they became futile in their thinking, and their foolish hearts were darkened. Claiming to be wise, they became fools, and exchanged the glory of the immortal God for images resembling mortal man and birds and animals and creeping things.
Romans 1:19-23

This scripture being true, all Darwin did with his theory was give people a noble-appearing and intelligent-seeming excuse to eliminate God and all accountability. This post isn’t isolated to the lie of Evolution. It could be just as easily the truths from the Lollipop Guild. God in Romans wasn’t relegating this to one theory; it is about all avoidance of God and Truth. Huxley’s words shattered my delusion that man’s highest value is truth. That if people are presented with truth, then they would believe it. This is not the case, because will wins. I will find something to excuse myself from truth if I don’t like it.

I was naïve to believe this, but this also frees me from wrestling with people over Truth. See, as long as I believed people just didn’t know and would see if they were shown, then I was left working to convince them. But nope, people work hard to build their delusion and then they defend it to the hilt.

Romans 1:20 says, “We are without excuse.” And 2 Thessalonians 2 says, because we did not receive the love of the truth, God gave us a strong delusion to believe a lie. And the real kicker is in Romans 1:19. “Since what may be known about God is plain to them, because God has made it plain to them.” All the excuses have been removed. Ephesians 4:18 says that both ignorance and blindness are willful. If I don’t know, then I don’t want to know. 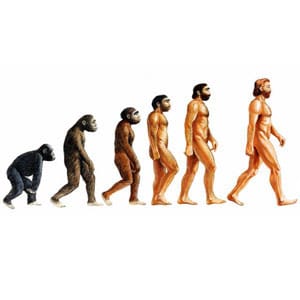 I praise God for Huxley’s willingness to reveal this in his book. While my jaw did drop and my mouth hung open, I have been set free from wrestling with man. It isn’t like I am not going to speak the truth; I am just not going to become entangled in an enmeshment with someone—especially when they don’t want to see.

For their [moral] understanding is darkened and their reasoning is clouded; [they are] alienated and self-banished from the Life of God [with no share in it; this is] because of the [willful] ignorance and spiritual blindness that is [deep-seated] within them, because of the hardness and insensitivity of their heart.
Ephesians 4:18 AMP

And by unlimited seduction to evil and with all wicked deception for those who are perishing (going to perdition) because they did not welcome the Truth but refused to love it that they might be saved. Therefore God sends upon them a misleading influence, a working of error and a strong delusion to make them believe what is false, In order that all may be judged and condemned who did not believe in [who refused to adhere to, trust in, and rely on] the Truth, but [instead] took pleasure in unrighteousness
2 Thessalonians 2:10-12 AMPC

Evolution just means change. Darwin was not an atheist. I do not like labels but I would say I am a creationist/evolutionist. it is possible to believe in both. I will leave that there. Love your post!

Great Chris, grateful you liked the post and glad you stopped by. Are we going to see you and Denise at the conference in August? Bless you man!

Thomas Huxley who was the grandfather of Aldous Huxley was known as “Darwin’s Bulldog” and was a noted unbeliever who had an extraordinary influence on the British educated public. He opposed christian leaders while helping develop scientific education in Britain. An interesting fact that I had learned this past week and then read your post. It is interesting to find the connection of gnosticism and evolution and how evolution becomes a belief in its own right that promotes the trancendance of man apart from God. We are constantly dealing with arguments set up against the knowledge of God and as… Read more »

Seth, it was utterly shocking to me. I don’t know why it struck me like it did but I believe it was the Spirit to shatter any illusions. I am grateful He did, it has set me free.

I didn’t know the history of the Huxley’s. Thank you.

John, you are a lover of truth and I share that with you. I think in part that is why it’s so shocking, that there are people and it seems to be growing in number who in essence despise truth especially when it goes against their chosen narrative (worldview).

Thank you for continually speaking the truth in love to those who are listening.

John, I was reading John 6:60-67 and verse 65 stood out to me reminding me of this post again.
Jesus said, “This is why I told you that no one can come to me unless it is granted him by the Father.”

“because will wins. I will find something to excuse myself from truth if I don’t like it.” Thanks John for reminding me to go back and re-read(yet again!) Martha’s ‘Power of Decision’booklet…not that the principles taught aren’t etched into my soul now forever…but because there are so many nuggets of truth in there that resonate with my heart everytime I read them again…like this one: “We live by our will. So the will sets your course and then what you have chosen leads you. Naturally, fully. We rule our choices and then our decisions rule us.” That same resonating happened… Read more »

Not a side bar at all. I am grateful for your input. I am going to go start rereading that booklet. It is so rich and I think perfectly complimentary to where I am in this. Bless you Jim, I’m looking forward to seeing you soon! https://readmk.com/booklets/the-power-of-decision/

“I have been set free from wrestling with man. It isn’t like I am not going to speak the truth; I am just not going to become entangled in an enmeshment with someone—especially when they don’t want to see.” John, this reminds me of Martha sharing about Jesus encountering the rich young ruler who turned and walked away. She said she would’ve run after him and tried to explain it one more time. How often I have thought that if I could just explain it better, someone’s eyes would be opened. Truly the Holy Spirit is the only one who… Read more »

It jut shocked me! My concept of people’s interaction with truth is mind-blowing. I really had this blow my mind. But also as you said, freed! Thank you Vicki for commenting. I am so looking forward to a hug in August. Love you!