Being royal is not a position one gets through a desire to be royalty; it is bestowed through inheritance and by birth. Prince Harry didn’t choose to be a royal nor did Prince William choose to be the successor to the throne. These positions were inherited as their right and their responsibility. Their royal positions were granted to them by birth. 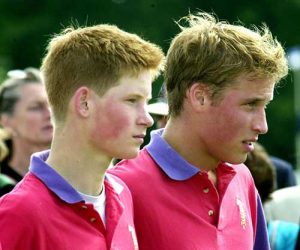 There is a choice in being royalty. A royal’s position has to be individually chosen; they have to choose to take up their responsibility as royalty. While they are royal through birth in divine election, the position must be received and accepted volitionally. As we saw with Prince Edward, there is a volitional choice that must take place to be in the royal position awarded by birth. Edward’s abdication was merely a rejection of the position of royalty that was bequeathed upon him as a birthright. He chose to take neither the position nor the responsibility as king, even though it was his right by birth.

Now why am I on this? Does this topic stem from my binge watching of the Netflix series The Crown? No! This post comes from a place much closer to home—my own royal position. I, too, have royal blood. And I also have to choose to take up my responsibility and live in my position as royalty. By right of my new birth, I am royal and I am given the choice to live as royalty.

My Being Royal and Royalty 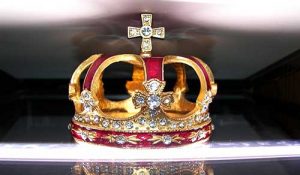 My royal heritage was given to me by a Choice and a Bloodline that was not of my will. I was born-again into this Royal Line by God’s choosing. God chose me, bequeathed upon me, a heritage of The Royal Line. By right of my new birth, I am Royal. Now positionally, I must choose to live as royalty. I must take my place and responsibility to be royalty.

Prince Harry is a royal. This is an immutable fact. The Prince is royal because of his birth. He didn’t will to be royal at birth; he just was because of his bloodline. I am a royal, too. My rebirth was proof of this honor. I don’t do anything to maintain this bloodline. IT IS. What I do have to do is live as royalty. Volitionally, I have the choice to live beneath my station. I could dwell in the old man and live by the flesh. I can let my soul run my ship straight into an iceberg, if I wish. But as a royal son of the Most High God, I am royal. By birth and His choice, I am royal. In response, I live as royalty.

Being royal is being born into a royal family, but being royalty is living in the rank, status, power and authority of a monarchy. The amazing thing is when you are secure in your royal-ness, you can live in the humility of the responsibility of being royalty. Prince Harry doesn’t have to flaunt his being royal. He has the choice to live in the dignity of being a prince. 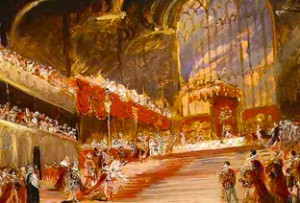 As born-again children of the Most High, I think it is the hardest thing to live as royalty. Especially if you were one of those ones found and called from the highways and byways. We thieves and prostitutes often have a hard time accepting our Royal Bloodline. We must be convinced and entreated to forget our father’s house and cling to our Royal Beloved. Our rebirth makes us royal and our living in His Life makes us royalty. I choose to live not in the abdication, which is my flesh, but in my chosen position as royalty.

Love your phrase, “we must be convinced and entreated to forget our father’s house and cling to our Royal Beloved”. I have found this very true too, John. Thank you.

Your post today brought to mind a lovely woman from the British West Indies. Our sons attended high school together and she heard that I had been ill. So she came to help me clean my house once when I had been hospitalized. She was of meager means yet walked with such grace and dignity that people simply thought she was a very great and important person. She spoke humbly yet directly–quietly, so that the listener had to hang onto her words to understand at all! While cleaning out my refrigerator, she handled each item with great care. Everything was… Read more »