This is the beginning of a message by Art Katz called Attaining to Sonship, which I recently transcribed. In the following section, Art explores the day when we shall ask no longer of the Father. 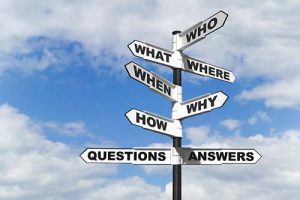 “In the selection of May 28 from My Utmost for His Highest, Oswald Chambers has as his verse something from John chapter 16. ‘And in that day you shall ask Me nothing.’ Maybe you want to turn to John 16. We cannot even conceive that there would be a day in which we need not ask the Lord anything. What does he mean by that?

“Verse 23: And in that day you shall ask me nothing. Verily, verily, I say unto you, if ye shall ask anything of the Father, He will give it to you in My name. Hitherto have ye asked nothing in My name: ask, and ye shall receive, that your joy may be made full. These things have I spoken unto you in proverbs: but the time cometh, when I shall no more speak unto you in proverbs, but I shall show you plainly of the Father. At that day ye shall ask in My name: and I say not unto you, that I will pray the Father for you: For the Father Himself loveth you, because ye have loved Me, and have believed that I came out from God. I came forth from the Father, and am come into the world: again, I leave the world, and go to the Father. Verses 32 and 33: Behold, the hour cometh, yea, is now come, that ye shall be scattered, every man to his own, and shall leave Me alone. And yet I am not alone, because the Father is with Me. These things I have spoken unto you, that in Me ye might have peace. In the world ye shall have tribulation, but be of good cheer: I have overcome the world.

“So Oswald Chambers asked, ‘When is ‘that day’ when the ascended Lord makes you one with the Father? In that day you’ll be one with the Father as Jesus is and in that day Jesus says, ‘You shall ask Me nothing.’ Do you know why? Because the distinction between you and the Me whom you are asking is abolished. There’s no you to ask. Because you have been taken up and subsumed into Him, there’s no need to ask.

“Asking is only valid when you stand as an independent entity outside from God, asking Him for things that will enable you to perform for God. And that has been our characteristic mode until now. Which isn’t bad. It’s nice to receive from God grace and benefit and enablement and wisdom and the various things that make our service possible, but it’s not the ultimate thing. There’s a day. In that day, you’ll ask Me nothing. And that day is the day in which we move from being the children of God to becoming the sons of God.

“We move from well-meaning and well-intending charismatic evangelicals to those who have come into union with God Himself. Where you cannot say where the believer ends and where the Lord begins. Have you the faith to believe for a union of that kind with God, which is nothing less and other than Jesus Himself enjoyed with the Father?  I in Him and He in Me. This is not a play on words. It’s too critical a subject merely to be a platform for fanciful language. It’s graphic, it’s accurate, it’s literal that there is the possibility of a relationship with God the Father through Jesus of the very same kind that Jesus Himself enjoyed and exhibited.

“And that’s how He could say, ‘The words that I speak to you are not My words but the words that My Father has given Me.’ He never did anything independent of the Father. He never had a thought, He never had any intention. Do you doubt that if He wanted to act out of His own personality and humanity He could’ve cut a pretty impressive swath? Don’t you think He could’ve made quite an impressive display? But He was painstakingly consistent in His union with the Father that He would not even allow anything to rise out of His humanity but only that which He received of the Father.

“And yet the remarkable thing is that Jesus is in no way diminished by that relationship. He’s not a mere automaton. He’s not a little puppet being played upon by a greater power. The paradox is that in losing His life and not asserting His manhood, which was supreme, He through virtue of the union with the Father comes forth as the Son in all of the rich uniqueness that the word Son implies. In that day!” 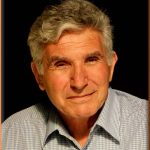 Yes for sure Sandy!

I long for that day

As do I, pray daily it is my living experience! Love you Wanda!

Bless you Hannah! Thank you for responding, it is nice to hear from you. I am glad you liked it.