The dangers in a life of privilege without purpose apply to men and women equally. But there is a growing brazenness that targets women specifically on this score. I call it the princess mentality, and Princess Margaret is an apt picture of it (at least, as depicted in The Crown). Margaret is a princess and her life revolves around parties and glamorous gatherings and fashionable outings. Elizabeth is queen and every day brings a new round of sacrifice and service of country and duty. Which is more appealing to the flesh?

A princess has all the privileges of royalty with very few – if any – of the responsibilities. It’s an insidious combination, and it’s a mindset that’s spreading like wildfire through this country and the churches in it. 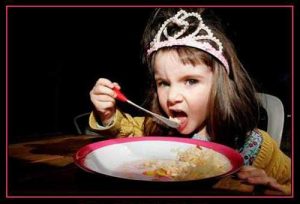 “Daddy’s little princess” has all but replaced “daddy’s little girl.” It’s on T-shirts and picture frames and all things in between. As with most things, if such a sentiment is balanced with purpose and responsibility, then it can be a title bearing true love and affection. But that’s not usually the case.

“No man will ever be good enough for my little princess.” I read that in an article a few years ago and it’s never left me. What disturbed me most was that the article was written by a young pastor. He was trying to be cute, I think. But I remember thinking, “She must be accomplished indeed to outshine the entire male population so thoroughly.” I hope that this girl’s father was prone to hyperbole and hadn’t actually sown such godless seeds in the heart of his own daughter. But if he had, he wouldn’t be the first.

Lest you think I’m being petty here, in what way is God glorified when we tell girls that they deserve to be treated like royalty and placed on a pedestal? The princess mentality encourages the very worst in women: entitlement, indulgence, false goodness, and superiority. It is the epitome of privilege without purpose.

For if anyone thinks he is something [special] when [in fact] he is nothing [special except in his own eyes], he deceives himself.
Galatians 6:3 AMP

I’m a Princess and I’m Not Happy! 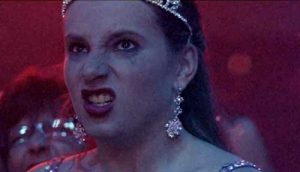 Once upon a time, I drank the princess kool-aid. Granted, I blew past the selfish indulgence of the princess mentality and went straight into the Jezebel spirit, so the evil I inflicted on my world was an order of magnitude larger than what I’m talking about here. Nonetheless, since that repentance and deliverance, I see the world very differently. And while I do run into the occasional Jezebel, the princesses are multiplying at a frightening rate.

A while ago, I became friends with a woman who had two young kids and a husband of less than six years. Pretty soon every conversation devolved into a litany of complaints about her husband and how terrible he was. He didn’t help as much as she wanted, he didn’t say what she wanted to hear, and he didn’t know what she wanted from him without her having to say it (yes, she actually said that). After the second deluge of “my husband’s the worst,” the Lord prompted me to ask this woman a question. “If I asked your husband what kind of wife you are and whether he’s pleased with you, what do you think he’d say?” After a long, uncomfortable silence, she admitted that she had no idea and it had never occurred to her to even consider such a thing. The princess mentality is blind, deaf, and dumb to the feelings and thoughts of others. It’s all about the princess.

Called to Be Queen, Not a Princess 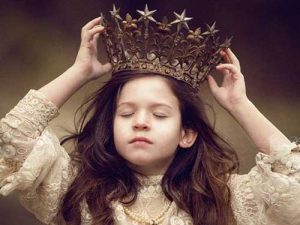 God doesn’t foster the egos of vain and foolish women who believe they deserve to be feted.

A capable, intelligent, and virtuous woman—who is he who can find her? She is far more precious than jewels and her value is far above rubies or pearls.

The heart of her husband trusts in her confidently and relies on and believes in her securely, so that he has no lack of [honest] gain or need of [dishonest] spoil.

She comforts, encourages, and does him only good as long as there is life within her.
Proverbs 31:10-12 AMPC

Vashti was a beautiful, “independent” woman who refused to heed her husband’s call to appear in court. She did what she wanted and did so publicly, no less. Unfortunately for those pushing the princess mentality, Vashti isn’t the heroine of the story. Queen Esther is, and the difference between these two women deserves a separate post.

There is nothing godly about the princess mentality. It ignites the lowest and cruelest sinful tendencies in women, and it annihilates men. There is NOTHING naturally good in women, any more than there is in men (Romans 3:10). A princess who is all pomp and no purpose is a sad spectacle of vain foolishness. We are called to be royalty imbued with God’s purpose, kings and queens learning to rule and reign in Christ.

Oddly enough I have been wondering about women calling themselves and each other queens, thinking aren’t we more like princesses….not on the throne but the child of he who sits on the great throne?
Reading this gave me a different perspective.

This touches on something very deeply rooted in today’s life, Jennifer. Thank you for this precisely worded post.
This week I started watching ‘The Crown’ so as to follow along with these posts…I’m so glad to have the perspective while taking it all in.