In my last few posts, I’ve shown the interaction of the monarchs, where they had to choose to obey God’s call to remain in their position and authority as Crowned Royalty in a constitutional monarchy. I can’t imagine a more difficult position than to be King of a country and not have the power to governmentally rule as the ruler. It would be an agony of death.

I pointed to the depiction of Queen Elizabeth’s interaction with the Queen Mother Mary in The Crown, where Elizabeth shared her frustration with doing seemingly nothing as a head of state. Oh, this is SO our lives! In this scenario, it’s not passivity to do nothing; it is an agony of death, which Queen Mary relays.

The Agony of Death We Each Face 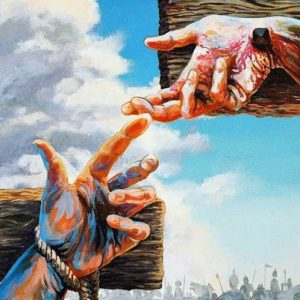 Let’s look at this agony of death. It is a death which we all face. If we’re going to live in the resurrected Life of Christ, we’ll experience the agony of death. We will experience the helplessness and powerlessness of waiting on God, who IS in control. And we each will experience the temptation to rise up to control, albeit with the best intentions or not. When God, who IS in control, doesn’t move with the speed and accuracy I deem necessary, I might just feel the need to help Him out. And the only power I have to exert in this endeavor is from the flesh. And the flesh is death to Life and destiny.

The depicted reality of the monarchy in the Netflix series The Crown is perfectly symbolic of my own struggles as an indwelt child of God. I have no executive power to exert without leaving my position as a new creation. I can’t force my will according to my opinion without leaving His very resurrected Life within me. My stillness in the storms of life speaks more of His stability and permanence and the Life of the Kingdom than all I can muster by my soulish flailing. I’m not called to bulldoze my rule on this earth. I am called to be still and know that God is God, which is faith in His rule.

Leaving the Agony of Death to Live On Your Own 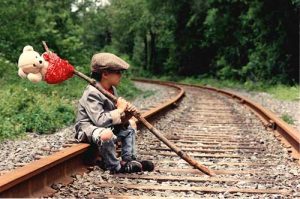 Both King George VI and Queen Elizabeth II each had to be more committed to God’s constitutional limitations on their lives than indulging their individual desire to see change in the moment of crisis. Does this ring true in your life? I know it does in mine! I don’t often like God’s limiting constraints with my loved ones, with my health, with my job, with my calling, with my responsibilities, with MYSELF! His confinements of action and reliance on His Will and Timing are…well, frustration to my flesh. But like these monarchs, my will and way is irrelevant. The life of John Enslow is no more – I am He and He is me! My life stands for something higher than just my momentary feelings and fleeting thoughts.

The British Monarchy is relegated to a limitation and an authority. If either the King or Queen extended their reach to force their will, even to help the people, they would have violated not only an office to which they are responsible and will answer for, but also the God who placed them there.

There is nothing as beautiful as living in the dignity of being under the authority of God. We must choose this powerlessness that is our death. But in return, our lives are opened up to His radiant reality. We experience His reign and rule in our reality before the millennium. We get to see His Sovereign rule over our realm. In essence, we touch eternity by seeing His eternal rule manifest before us.

John, you have described the life of Jesus. How hard did satan try to make him to act out of himself…. , so did the Pharisees…, so did the disciples sometimes….., so did his family in the flesh …. I mean, it came from all directions….. But He was immovable! Many times when the Spirit has taken me to meditate on this, I’m totally blown away! Not only did He not act in what was not The Father’s will, but even when it was, the Father has His time…. and until then…., no move. Wow! We fallen humans act at… Read more »