“‘Show people where their lives are wrong’ (2 Timothy 2). Yet speak such a word with the hope of helping Christians to a pure heart so they will SEE God, and they will accuse you of cruelty and abuse.”
Martha Kilpatrick, “Are We Ready for the Lord’s Soon Return?”

Martha and I were talking about this fiery last post of hers, particularly the negative response to chastisement. I was struggling to grab hold of a distinction that I saw in terms of receiving unwelcome truth about yourself. Finally it came clear: the negative response to discipline is only truly dangerous if you don’t know that you’re wrong in having that very response.

Is My Negative Response to Discipline a Problem? 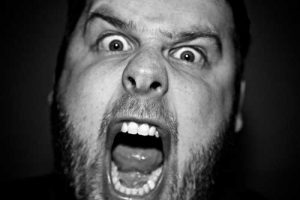 I had asked the Lord, “What’s the difference between my negative response to discipline, and the negative response of others who didn’t come through to repentance (or I should say, haven’t yet come through)?” Of the two things He showed me, the first is the most important: understanding that your resistance to God’s Word, to His correction, to His wrath even, is wrong. Wrong, wrong, wrong! If you know that the truth you dislike hearing and facing is from the Lord, then you should also know that your objection to that truth is the only problem. If you are so far removed from reality that you believe yourself to be right and the Most High God all wrong, then you are in big, BIG trouble.

I claim no high ground in character or intent on this issue, because all I did was acknowledge the truth. That’s not a noble thing; it’s just basic sanity. I’ve pitched some mighty fits and have had many a howling protest against a truth that I didn’t care for when God brought it to me. I’ve argued and fought and wheedled and blamed, but sooner or later, I had to let go—or go mad. I have never kumbaya’d my way through any correction, but I have always known that I was wrong in my response. It’s not the truth itself that I wrestle out with God, it’s receiving that truth as right and just that requires my surrender.

Knowing My Negative Response is Wrong 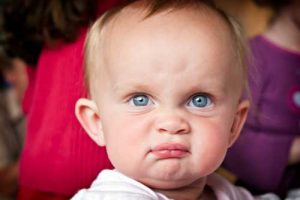 In my years with Shulamite Ministries, I’ve heard from many different people about how much they love the discipline of the Lord and how they cherish it and how they know what a gift it is to receive. And then the discipline falls and look out! Here comes the honest response and it’s a far cry from the potpourri-scented slop of la-la once so proudly declared. And you know what? If it’s a clean “No!” then there isn’t a problem, at least not an insurmountable one. I’ve written about the parable of the Two Sons before, and I told you that the Holy Spirit told me I’m the son that says no and then goes to obey. Nothing noble or commendable, just incredibly human.

When you know your “No!” is wrong, then you’re in reality. God LOVES when we’re in reality. He can move the mountain SO FAST when we’re in reality. It’s when you feel that you can pick and choose what truth to receive from God that things get dire. Such an approach shows that you believe yourself equal to, if not superior to God Almighty. That’s insanity, a mind diseased and twisted by a surfeit of Satan’s thoughts, and that’s very dangerous ground.

But the natural [unbelieving] man does not accept the things [the teachings and revelations] of the Spirit of God, for they are foolishness [absurd and illogical] to him; and he is incapable of understanding them, because they are spiritually discerned and appreciated, [and he is unqualified to judge spiritual matters].
1 Corinthians 2:14 AMP

OH, “When you know your ‘No’ is wrong, then you’re in reality.” This post is so right on……took me so long to surrender to what the LORD said about me……..but HE knows and I don’t. Even though I always protested that “I know” to whatever was brought to me. I was definitely unqualified to judge myself in my natural state. As all of you Shulamite’s have said, “until I got to the bottom of who God said that I was” i was lost. God’s love and grace are too wonderful and precious to leave on the altar of ‘self’.. Bless… Read more »

Jennifer my relationship with discipline is one of a “love hate ” relationship. I love it when it’s not present and hate it when it is. The reality of my world. Miss you my friend!!